Posts: 5517
Location: Cache Valley, zone 4b, Irrigated, 9" rain in badlands.
2137
posted 5 years ago
I breed my own varieties of sunroots. They are currently in the ground. Hit me up this fall if you are still looking... I have dozens of unique varieties that have never been grown anywhere other than my farm. If you really need them to be named, I can replace the numbers with names before sending them to you.

Variety 10 averages about 13 pounds of tubers per plant when spaced 18" apart. It's a bit long-season for my garden. 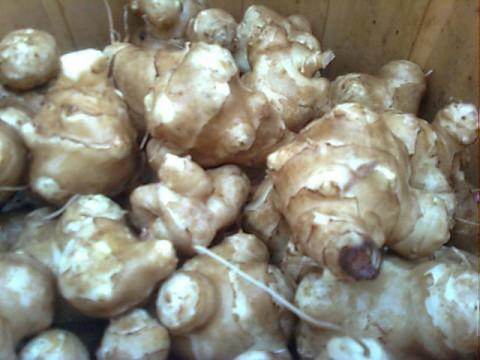 Variety 14-1A is one of my favorites. It's a hybrid between #10 and the best of some feral sunroot seeds collected in Kansas. 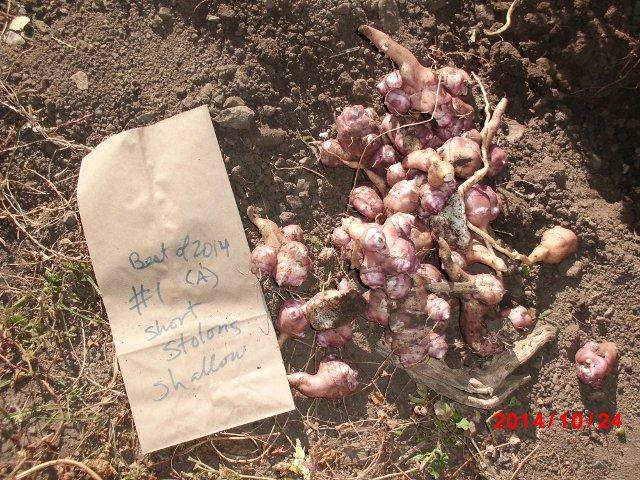 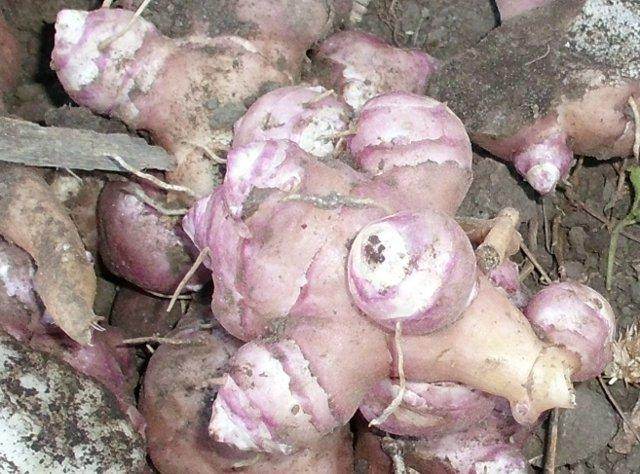 Variety 14-6 had red leaves in the fall. Stunning colors for a sunroot. 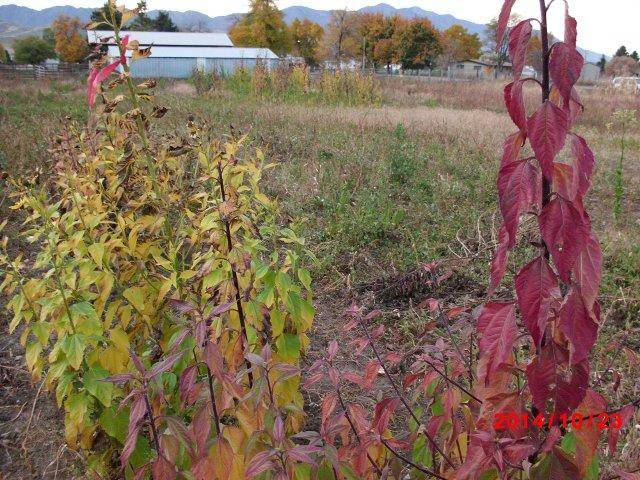 One nice thing about growing several varieties of sunroots close together is that they produce an abundance of seed. If I can keep it away from the goldfinches. Sunroots are self-incompatible, so a planting consisting of only one clone won't set seed.

The names were just to keep me from acquiring multiples of the same varieties.
Since yours are one of a kinds. I see no problems with numbers

Have yours broke dormancy yet? I have no problem taking some in the spring.

It's still about 6 weeks before my sunroots are expected to sprout... All my best varieties are in the ground, and not available for sharing until fall. However, I have tons of sunroot weeds, and a few seconds in the refrigerator that I was intending to eat. Because I am breeding sunroots, I have to move them every year to a different spot to avoid having volunteer weeds getting mistaken for something from my breeding program. So I could find non-harvested hybrid tubers from last year's breeding program, or tubers from the feral crop. They'd come as a random un-numbered and not-named assortment. They are my family, and each clone has it's characteristics that make it unique to my observation, so I wouldn't send duplicates, but you'd get higher yielding clones by waiting till fall. 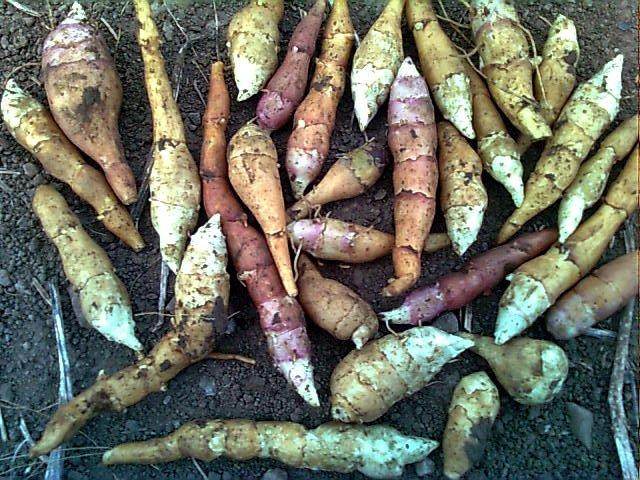 posted 5 years ago
Thanks for posting that picture of the seed, Joseph, it was really helpful to me!

At some point early in last year's growing season but after my first plantings of sunroot were several feet tall, I saw your Mother Earth News column on sunroots, including this bit of "nowhere else on the internet" knowledge:


Sunroots have a reputation for being sterile and not producing seeds. That is because seeds only form if pollinated by an unrelated plant and since most people grow a single clone they do not get seeds. Harvesting seeds from sunroots can also be problematic because goldfinches are extremely effective predators of the seed. I bag the seed heads or harvest them shortly after petal drop. Sunroots growing in a genetically diverse population produce thousands of seeds per plant. I only have to bag a few heads in order to have an abundance of seed.

At which point I went to a Sprout's Market 200 miles from the Whole Foods where I bought my first ones, and bought some more, hopefully different roots. When all was said and done I had sun roots growing in three different places about fifty feet from each other, with both varieties (well, still living in hope about that) planted at two of the three locations. But they were planted several weeks apart, grew at different speeds, suffered from quite a bit of drought in the most distant location where they didn't get watered, and all-in-all were quite variable in growth. I was pleased to get a reasonable harvest from most of the plants (maybe two meal's worth of decent-sized roots for each knob I planted) but only one of the plants (the one in a five-gallon bucket in my container garden, planted first and receiving daily attention) formed what looked like decent seed heads. After the plants were done at the end of the season I just clipped those seed heads into a baggie, noting at the time that they didn't have many obvious seeds in them. But not knowing what the seed was supposed to look like, I put them aside for later research.

Well, your pretty picture just now inspired me to pull out my baggie, crumble a seed head, and examine the debris. My conclusion is that there aren't very many seeds in my seed heads -- perhaps ten per seed head, not as robust-looking as yours -- but there are a few. I am of course open to the likelihood that the seeds I did get are sterile, but I'm going to plant them anyway just for fun.

I left lots of tubers in the ground (if they don't get eaten by burrowers) and saved out more in my fridge (if they don't mold) so I'm looking forward to a lot more plants and a full season of growth this year. I also found some wild sunroots about half a mile from my house, so if I get desperate for some different DNA I can plant those.

posted 5 years ago
Tip for people who have not grown sun-roots before:

Do not plant them in beds you ever intend to have other annuals in. They are very difficult to totally remove from a bed once established as you need to get every last piece of root. They really deserve a dedicated planting areas away from other vegetables. You won't be able to plant them in any sort of crop rotation, and in summer their tall leafy stems will shade nearby plants substantially, so plant them on the northern boarder of your growing area (or southern if you are based in the southern hemisphere!)

Posts: 5517
Location: Cache Valley, zone 4b, Irrigated, 9" rain in badlands.
2137
posted 5 years ago
I agree with Michael about weediness of sunroots. I really like growing sunroots in a permanent bed. I dig the tubers every fall, but always miss a few, so the bed maintains itself year to year. They pretty much suck in an annual garden. Pigs seem to be the way to go to clear a field of sunroots.


Dan Boone wrote:Well, your pretty picture just now inspired me to pull out my baggie, crumble a seed head, and examine the debris. My conclusion is that there aren't very many seeds in my seed heads -- perhaps ten per seed head, not as robust-looking as yours -- but there are a few. I am of course open to the likelihood that the seeds I did get are sterile, but I'm going to plant them anyway just for fun.

A few people have sent me seeds collected from Jerusalem Artichokes. The seeds have been empty husks and didn't germinate... There's no harm done in trying though. I winnow to separate the chaff and dead seeds from the viable seeds.

When I grow sunroots as a seed crop, I closely inter-plant the varieties. So If I'm crossing 5 varieties called A to E, I'll plant them in the row as A-B-C-D-E-A-B-C-D-E or something along those lines so that they have every opportunity to be pollinated by a different strain. When I grew a commercial clone about 50 feet away from wild strains I got about 5% viable seeds on the clone which had previously been sterile. (That's about 1 to 2 viable seeds per seed head.)

Joseph Lofthouse wrote:A few people have sent me seeds collected from Jerusalem Artichokes. The seeds have been empty husks and didn't germinate... There's no harm done in trying though. I winnow to separate the chaff and dead seeds from the viable seeds.

I just now cracked one or two of my best-looking seeds and though they were not empty husks, they did not appear to have well-formed seeds inside. So I'm pretty sure that's what I've got. No worries, there's always next year. (And because I'm inquisitive and/or stubborn and it's easy, I'll still sow this little chaffy pile of seed head debris just in case I have a viable seed or three in there.)

Thanks also for the inter-planting tip!