I think I have RMH insanity

Joe Sylwestrzak
Posts: 55
posted 6 years ago
I went from OMG I need propane again to gee I have a few extra bucks LOL. Installed what Im calling my tunnel ram yesterday. Extended feed tube 6 inches up and narrowed opening smaller than J tube. Burns hotter on way less wood. This thing is crazy. Including the last 6 weeks of the heating season from last year and this year so far Ive spent about 40 $ in wood.
Satamax Antone
gardener

Posts: 3308
Location: Southern alps, on the French side of the french /italian border 5000ft elevation
165
posted 6 years ago
Joe, may be it's time to stop playing with metal and venting through the windows, and have a go at a proper one?

Joe Sylwestrzak
Posts: 55
posted 6 years ago
Im not playing. with metal or otherwise, Just to be a smartass half of my exhaust is made of OSB (wood) LOL. I am enjoying my new found (wealth) LOL. My neighbors and friends are dumb struck. I get what some of you are saying you know follow the (rules) and the tried and true method but I flipping guarantee you everything on this planet can be improved. I see many venting thru wall which is lower than my vent thru window and the way Im doing it the hole is already there LOL. Im not a braggart but I had a severe head injury after which I was tested extensively. They say I have a 2nd year of college reading and comprehension level and off the charts mechanical aptitude. I dropped out in 10th grade. Sorry Im not the proper type but stay tuned you might learn something.
DSC00376.JPG 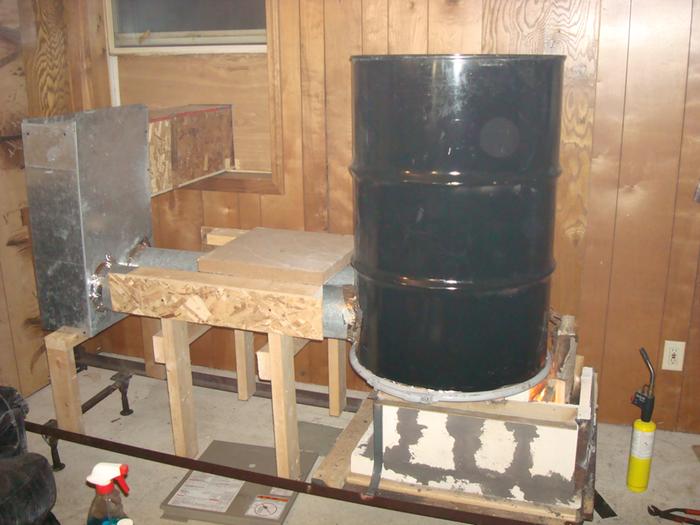 posted 6 years ago
Joe Sylwestrzak : You Are a valued fellow member of our not so little community, and we are trying very hard to keep this an open forum-type community!

Prior to 'my TBI' I spent almost 30 years in the army and took an oath (many times) To defend even with my life your right to any and all comments here that
follow the be nice rule !

Some of the stuff you want to share is dangerous enough that Especially -if attempted by someone with less attitude that you- could endanger their lives and
the lives of family and nearby community.

If we make comments about the potential of your system to have parts that will fail over time we are not attacking you,only reporting on our own findings,and
attempting to act as a buffer, or a second opinion on the issues you raise !

Yes, I for one want you to report on all your experiences and especially any ongoing changes or re-builds

Good Luck, and like the rest of us have a fire extinguisher handy ! For The Good of the Cause ! big AL

Scott Clark
Posts: 39
Location: Western Montana
1
posted 6 years ago
Couldn't agree more that experimentation is the mother of progress...and half the fun of building these things is trying things out and learning...props for thinking outside the box. I do have to second Als suggestion to keep a fire extinguisher handy...if your core is insulated well enough, it's probably only a matter of time until that OSB dries out enough to catch fire...and since it would be inside the exhaust you probably wouldn't even know it until it was falling apart (and on fire). Years ago when I was an HVAC tech, I saw some installs that did work fine for a while, but were time bombs. Things like people putting tile up behind a wood stove and ignoring the clearances listed by the manufacturer...looks and works fine, but they couldn't see the wood behind the tile slowly pyrolizing from the heat. Another time I had a huge shop building so full of smoke we all thought the building was on fire...but it was actually the wood stove back drafting because the chimney they put in wasn't tall enough for the conditions they had. If that had been a residence and it happened when the people were asleep, they'd be dead from the smoke and CO. I'd hate to see anyone on this forum (or anywhere else) get hurt because of their rocket stove. There's no reason you can't do a build on the cheap and still meet basic safety requirements...my entire heater was built with stuff sourced from Craigslist and used building material stores (or stuff I fabricated from used parts). Only new stuff I bought was fireclay, perlite, furnace cement, and some consumables like welding wire and cutoff disks. Saved hundreds.
Anyway, best of luck, and stay safe. Don't be a marshmallow...or a newspaper headline.
Joe Sylwestrzak
Posts: 55
posted 6 years ago
Im sorry I certainly do not want to endanger anyone. Maybe it would help if I explain. My situation is very conducive to my rocket heater. I am on disability and I take online surveys for pay to supplement my disability income. I earn between 100 and 125 a month. It only works out to maybe 4 $ an hour but Im also watching tv and sometimes relaxing with an adult beverage while Im doing them. So 95 % of the time my heater is running Im sitting 5 feet away from the feed tube and constantly monitoring it to keep it fed and burning properly. When my heater is burning it is never out of my sight for more than 5-8 minutes. I also have a 20 inch box fan blowing over the top 12 inches of barrel to scavenge heat from the barrel and keep exhaust heat down some. Over my years of being on disability I have become the King of frugal resulting in a pretty darn good life on my modest income and I take great care not to lose anything to fire or other mishaps. An auto mechanic for most of my life I strive to practice the Doctors hypocratic oath ( first do no harm ) in all facets of my life. Anyone interested in doing surveys for pay Ill be happy to mentor as to the best paying sites and speed tricks. These sites pay directly to my Pay Pal debit card and I use the card to pay bills, buy groceries,adult beverages , a 6000 watt per channel disc jockey set up for home stereo lol. Lastly lets not forget you wonderful people here helped to start my wonderful insanity saving me as much as 20 $ per day. Went from getting by to an abundance. Thank You !
Jay C. White Cloud
Posts: 2413
46
posted 6 years ago
Hi Joe,

I know I have commented a few times about certain procedures that are demonstrated or material used out of context, but the photo above has all kinds of red flags for "fire safety." I think it is great you are "experimenting" with ideas. It is really important that anytime we do "experiments" we stress to folks that they are just that...they are not solutions, that have been well tested, vetted by others, and/or examined for sustained applicability to a particular challenge.

I hope only the best for your project and the other experiments that may be attempted, yet at the same time hope that staying open to feedback can be maintained and supported.

When folks like Erica and Ernie bring things to the table, they do so with open minds and thousands of hours in trying out different systems, as well as, thousand of more hours in discussion about the different aspects with a complete range of experts and other experienced folks...So...when there is a "good practice" offered, it isn't the only answered by any means...but...it is one of the best we currently have...that is how Erica and Ernie do it, how I do it, and how most good facilitators of permaculture practices in all its forms try to do it...