to travel the community path at all ...

Posts: 1753
Location: Cascades of Oregon
153
posted 11 years ago
To me that "Community" label requires some type of personal interaction with everyone within the community. My idea of ecovillage is a neighborhood that strives for sustainable construction, alternative energy, mixed use as far as % of business to houses, allows gardening and at least chickens. Degrees of interaction dependent on the particular individual and his/her personality requires.
There are probably as many degrees of ecovillages as there are communities.
In the news recently, here in Central Oregon, there was a big tadoo about a woman who put up a clothesline in her backyard. There were restrictions in her particular neighborhood that prohibited any of her neighbors having to look at a clothesline. Not my kind of neighborhood.

Elfriede B wrote:
Fences were maintained, this was not communal living.  I would call it intensive neighborhood.  People depended on each other for help in emergencies,  for their social life and entertainment.  Certain work was done in cooperation,  for instance to put a roof on house or barn, the neighbors pitched in.  There was  music and singing. In winter the women and girls would congregate in different houses to do the spinning.  Of course I was a mere child but I felt very secure in my world, knew everybody,  learned a lot because I liked to watch what people were doing. The community was pretty busy and humming along since most people were at home. Crime was about nonexistent, though some boys might have a fight over a girl.  Everybody stayed pretty much on the straight and narrow, after all, what would the neighbors say.

What would the neighbors say.

I'm feeling like there is a strong sense of honor and reputation in this picture.  Part of honor is being dependable. Folks trusting (with good reason) that you will help in an emergency or barn raising.

I like the meaning of "intensive neighborhood." Many people still have this sense of dependability. There's just less of it and it's more spread out.  Part of the reason it was so rich was it was much more enjoyable (or easier?) to survive with help from others. I think before cheap energy revolutions this honor was the norm in most rural places.
(Nowadays "what would the neighbors say" may have morphed into keeping up with Jones's and latest styles.)

This is a great thread, it'd be nice to get it going again.

posted 5 months ago
Community is 7 billion people, plus untold billions of non-humans.  How close the community is is the question, but the membership is all of us. The impact we have on one another is the variable, the number of members is given.

I love the "human settlement" idea mentioned earlier, instead of the word "community," and I think Dancing Rabbit Ecovillage is an somewhat of an example of this ("community" isn't in their title; the ecological covenants are front and center).

Downside of it is there's an illusion of "we can just move into a blank piece of land and start from scratch"--when in fact there's always someone impacted, always someone already there or who feels an attachment to how things are there.
What land on earth wasn't conquered in a war at some point in the past, or stolen by deception?  But if the intention is to make that very problem better overall, it's a good way of framing things.


I'm rather burnt out on trying to form [more-direct] community, join it, or create it here in my neighborhood.

--an on-line group that supports me in moving forward and gives me "spoons" (emotional energy)
--for moving toward living my values fully, and in which I give spoons as well.
--People who are  already working the land and serious about getting in the black ecologically within the next 5 years.
--I want to use the drL instrument in our meetings--it's like rotational grazing for human interactions, and is behavioral rather than merely verbal.  Or something better if there's an even better tool, but I think the drL inventors are the "Duke" of community culture, if not the Sepp Holzer.  They spent 10 years refining it.
--meets weekly or more for 2-hour meetings


longterm:
--a neighborhood that works the land together
--is in the black ecologically
--10:1 villager-to-child ratio
--has a 200-year vision we agree on
--uses the drL instrument in person
--stays local, minimizing epidemic complications

That's what I've got currently.

And just how big does a group have to be to be called a community?

Ain't that the question.

My impression is that the word "community" has lost so much meaning that there are too many people that insist it means "two or more people" and others that will insist that it means at least 100.  So it becomes difficult to talk about anything when the foundation vocabulary is less than stable.

Posts: 1753
Location: Cascades of Oregon
153
posted 5 months ago
If only there was a place that wasn't a Venn diagram, I don't think that place exists, and would I really want that? I've accepted the fact that my entire community has people that I seek out and those that I don't and I'm ok with that. Here is the community I visited with this weekend.
coop-tour.jpg 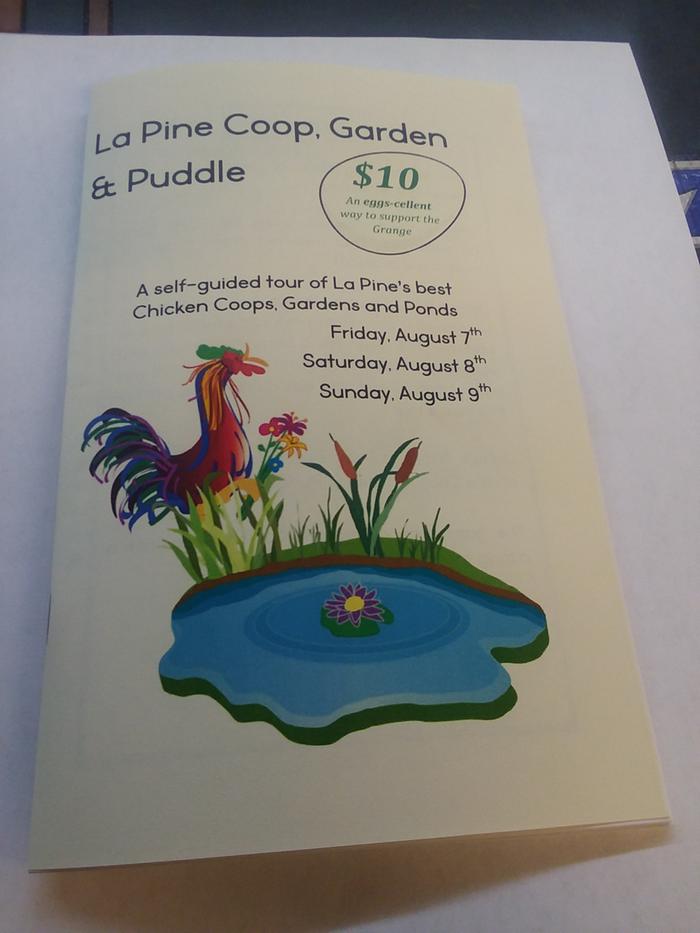