I prefer the shape of your trees over just the whip like growth of some trees. From what I've seen, really healthy peach trees will send out lots of side branches their first year if they've got room.


Glad to hear that. Only concern I have is that the branches are sitting so low I might have to limb up a lot later.

I put a board and a yardstick in the back for better view. This tree is just a bit over 2 month old.

The original soil was pretty poor actually. 3 years ago I grew vegies on the same spot and weeds were taller than my tomato plants. My husband failed to see them and mowed the whole "garden" down. It's amazing permaculture practice can improve the soil in such a short time.
2mpeartree.JPG
topview.JPG 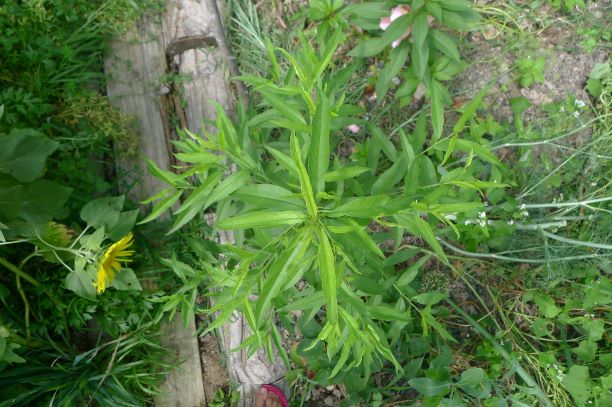 
May Lotito wrote:Only concern I have is that the branches are sitting so low I might have to limb up a lot later.

I wouldn't change a thing.

I'm planning to leave the really low branches on my peach trees and leave the trees unpruned. My 1 year old peach seedling had some branches come out near the bottom, and they seem to grow at about a 45 degree angle and quickly get pretty far off the ground. The tree seems really healthy like this so far.


Hope you get some tasty peaches soon!

May Lotito
pollinator
Posts: 142
Location: Missouri. USA. Zone 6b
74
posted 2 months ago
I read through the posts on fruit tree pruning and the "never prune" thread as well. Each got it's own reason for doing in a certain way.

I think I am lucky to have a health tree starting from pit and learn about different options from the start. It seems to be a waste of opportunity not to let this tree grow naturally.

If I end up with a 25 ft tree with whirling low branches, I will send my kids climbing up there to get the fruit.

Thanks Steve for all the info. Your tree is one year older than mine, it kind of gives me a heads up what to expect.

posted 2 months ago
Excited to see how your peach tree turns out May!

posted 2 months ago
I didn't see this mention, but apologies if I missed it. The UK isn't known for growing peaches but we proudly grew 9 peaches on our tree this year! This was the tree's second year in our garden (we didn't grow it from seed), but last year we lost the only tiny fruit we had to leaf curl. This year we removed any sign of leaf curl we saw every day and that did the trick.

Our 'problem', which didn't end up being too much of a problem, was that where the fruit stalk reached the fruit body, cracks were appearing, which were big enough for ants to get into. One fruit had about 10 ants inside when we opened it up, and on another fruit the stone had some mould on it. Because we only had 9 fruits we were picking them all pretty frequently so nothing had a chance to rot, and the ants weren't a problem, but wondered if this is just a peach thing, or if it's an issue that can be dealt with.
Steve Thorn
master gardener

posted 2 months ago
Hey Al, awesome to hear that you got 9 peaches!

Do you have any photos of the trees?

One thing that I bet would help both of those issues, is to put a mound of soil around the peach tree, to help increase the soil drainage. One of my peach trees was getting leaf curl, and I added a mound around the tree, and combined with not pruning it, I haven't had any more issues with it.

I bet that the excess water is also probably causing the peaches to swell quickly and crack.

These are just guesses based on the above information, but if you've got photos of the trees, that could give a better picture (no pun intended

Steve Thorn wrote:Hey Al, awesome to hear that you got 9 peaches!

Do you have any photos of the trees?

Thanks Steve, that's helpful. I don't have any pictures to hand but will take some, although we've eaten all the fruit!

Swelling from water makes sense. I'm glad we got any - being in the unpredictable UK climate, where peaches aren't a usual crop, I was really worried when they flowered so early and it was still very cold outside. The flowers were all gone long before it warmed up and I was worried it was too cold/windy for pollinators, but they must have sneaked in at some point!
Steve Thorn
master gardener

posted 1 month ago
The peach seedlings are about 4 months old and already about 3 feet tall. 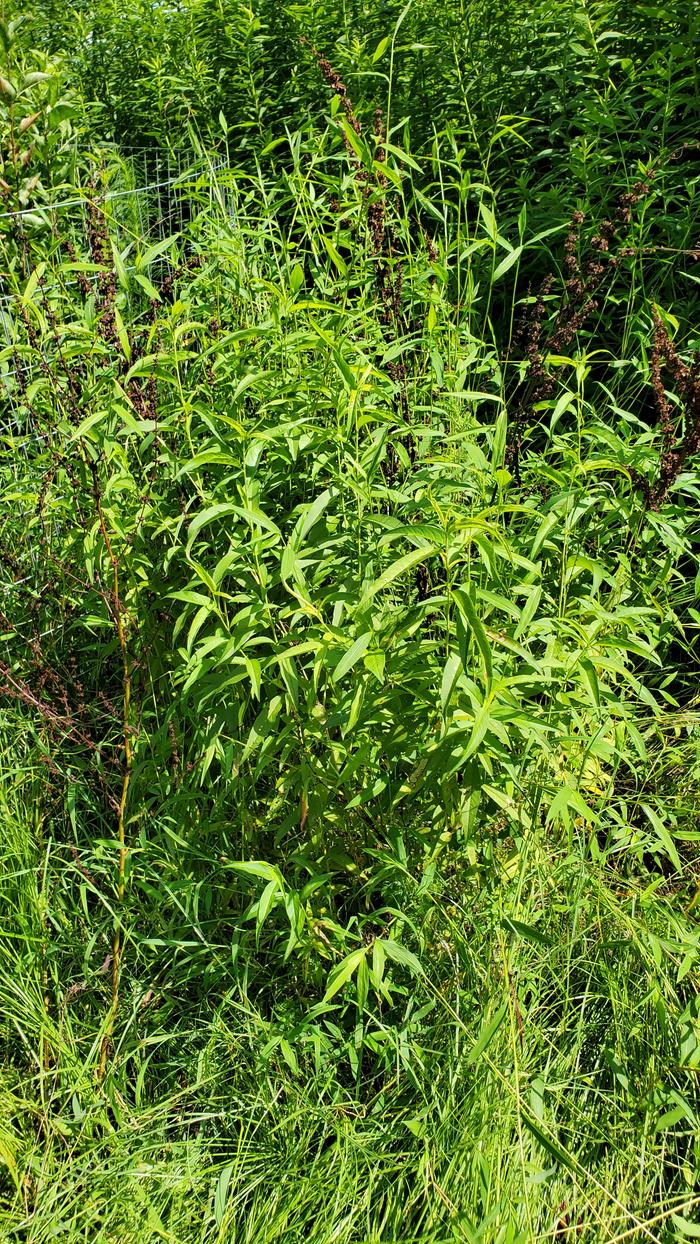 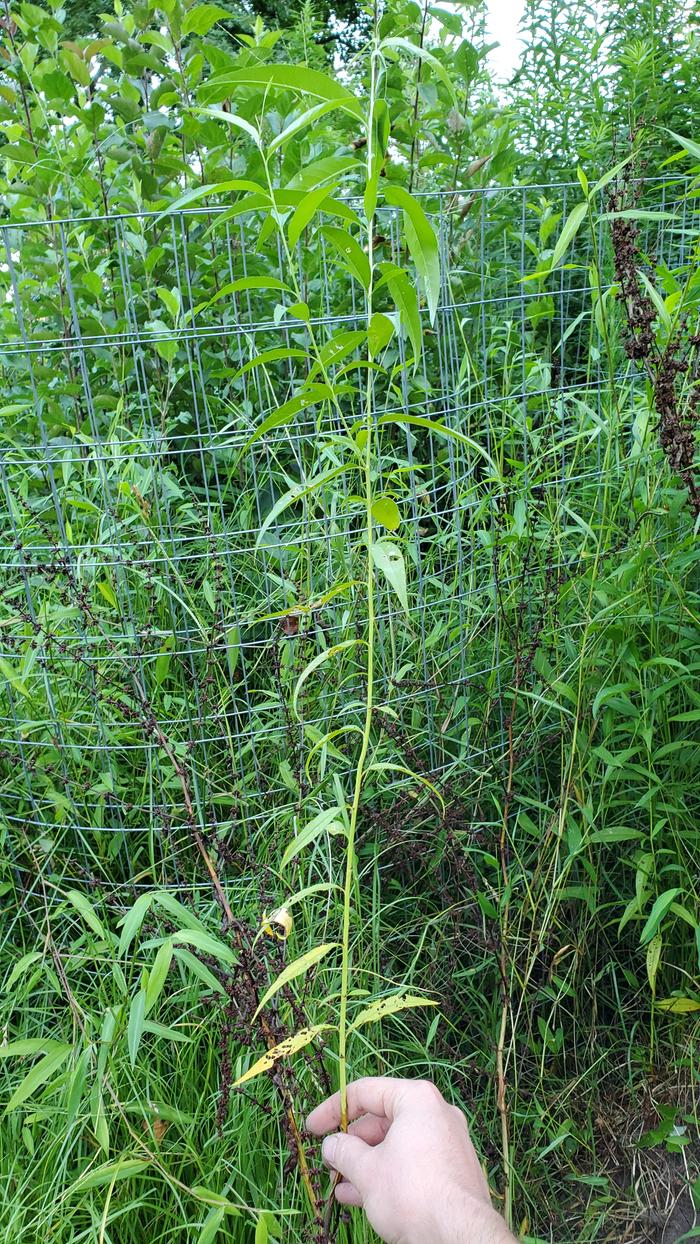 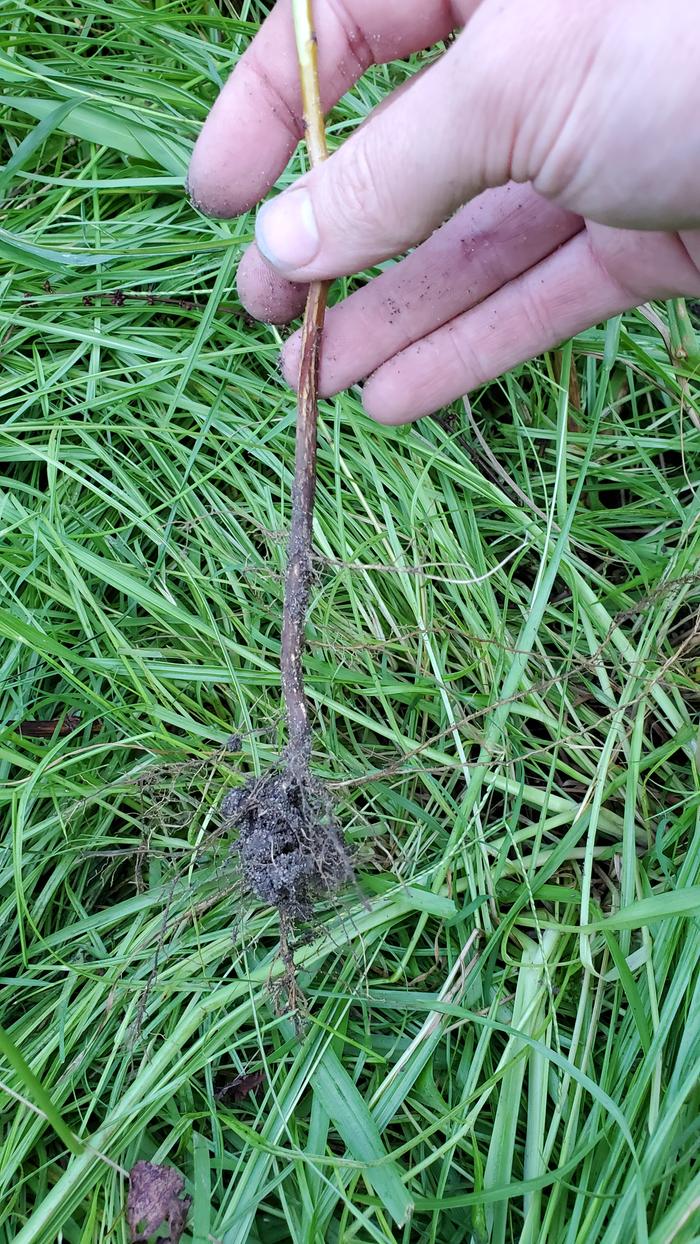 posted 4 weeks ago
It's a great time of year here to plant peach pits! 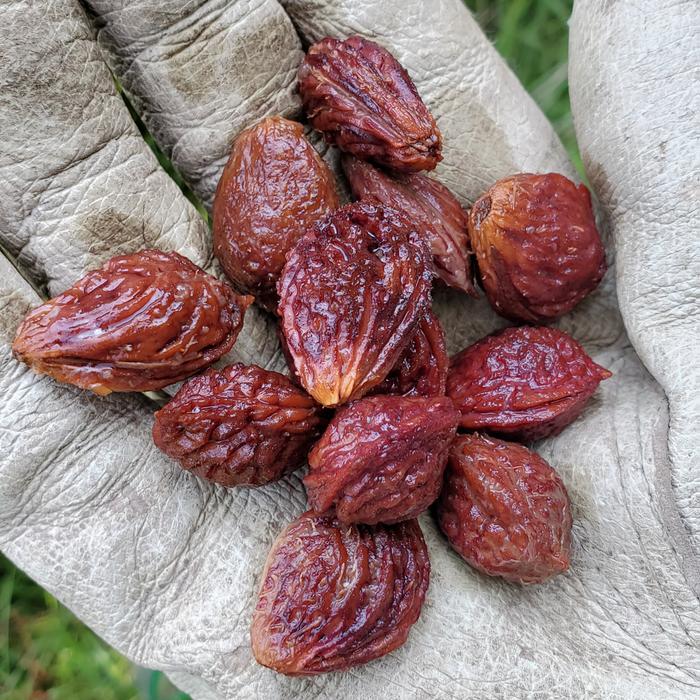 posted 1 week ago
These are three of four of my biggest peach trees at the moment. The fourth one was grown from seed and will probably pass these by the end of the year.
20200809_155203.jpg 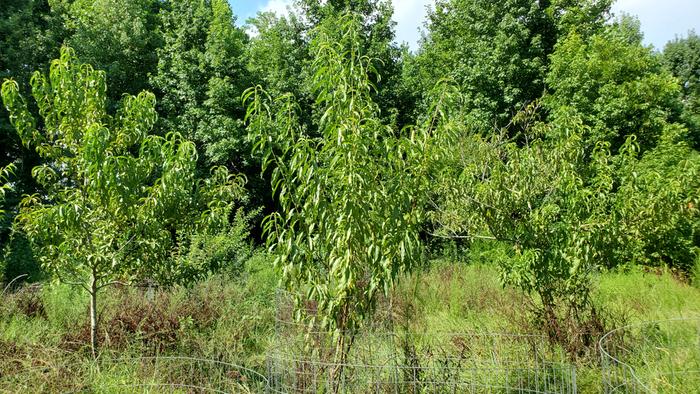