Posts: 3601
Location: woodland, washington
145
posted 7 years ago
not too long after it was published, Wild Fermentation inspired me to try my hand at all sorts of fermented food. the ferment that was most rewarding to me was miso. my first batch turned out well enough, after three years, that it contributed significantly to winning the heart of my best gal and went a long way toward convincing her Japanese mom that I'm alright.

in the years since, I've really been curious about the specifics of traditional miso-making. The Book of Miso isn't bad, but it's sort of a teaser. but last year, a good friend of mine moved to a small town in Japan. while my girlfriend and I were planning a visit, my friend mentioned that he had found a small koji business (koji factory?) just a couple of blocks from where he worked.

so we just got back from visiting Japan, and the koji place was a highlight of the visit. it was pretty clear that not a lot of people are interested to see how it all works, because both the gal at the front and the fellow who makes the koji (I assume they were married) were surprised that we were interested and visibly excited to give us a tour and answer any questions. of the four of us there visiting, only I don't speak any Japanese. the other three at least approximate fluency, though their vocabulary isn't really weighted toward discussion of cultivating mold on rice. but it was great. there was plenty of translation for my sake, and lots of hand gesturing, and appreciative nodding, and even a little bit of understanding.

the building was pretty old. we didn't ask how old, but there wasn't a machined piece of lumber in the place. it was all hand-hewn timbers and plaster. the working area consisted of a cooking area for the rice, including a couple of really large rice steamers (probably 30 gallons or more), and a couple of low brick rooms for the koji to incubate in. the fellow opened the door to one of the koji rooms and gestured for us to go in quickly. after we were in, it was pretty obvious that the rush was to keep the heat in. I would guess that it was around 120 Fahrenheit, though the fellow pointed out that it was much cooler near the floor. it was a little room with low tables at the perimeter. might have been 75 square feet or so. on and under the tables, trays of koji in various states of progress were stacked up. he showed us a few different examples, a couple that were still loose, one that he could hold upside down and it wouldn't budge, and one made of black rice. he said it's about two days for koji to finish incubating.

then we rushed back out the door to keep the heat in. he showed us the writing on the wooden trays he was using. the date was for the Meiji Era, and I think we figured out they were a little over 80 years old. then he pointed at a shelf that held hundreds more and said those were much older. we asked how the koji rooms were heated, and the gal told us that they aren't heated. it's the heat from the mold growing that heats up the room, so they have to have more in there during the winter than the summer just to keep the temperature in the right range and they can't really take breaks or everything would cool off. said most of the industrial soy sauce and sake and miso outfits control the temperature with water pipes these days, but that the old way is obviously superior. fellow also mentioned that the miso he makes is a whole lot better than most because he uses more koji. not surprising, I guess, from a fellow who makes koji for a living.

we all chatted a bit more, thanked them both for taking some time to show us around, bought some koji and took our leave. we used a bit of the koji for some brown rice amazake for the next day (delicious), and my friend saved the rest for a batch of miso he planned for after my girlfriend and I left.

before the trip, I had been toying with the idea of building a little koji facility myself. after seeing this place, I'm thinking a little more seriously about it.

I'm not sure if there were any photos taken, but I'll check when I track down the camera. there's a reasonable chance all of our minds were far too blown to think of snapping some pictures.

Sandor Katz
Author
Posts: 23
5
posted 7 years ago
I love making koji. I have most consistently results using barley, and a starter that I got from www.gemcultures.com. Just last week I visited South River Miso Co in Conway, MA and took a photo in the gorgeously aromatic koji room there. Try making some koji; you won't be disappointed. The Art of Fermentation has a lengthy section on the topic.
IMG_0317.jpg

Brenda Groth
pollinator
Posts: 4437
Location: North Central Michigan
26
posted 7 years ago
For the few of us that are clueless..this is a sesame seed paste correct?? Maybe a little more explanation?

Posts: 3601
Location: woodland, washington
145
posted 7 years ago
the only picture I've found so far. this is the front of the shop. I'll keep looking for more.
image.jpg 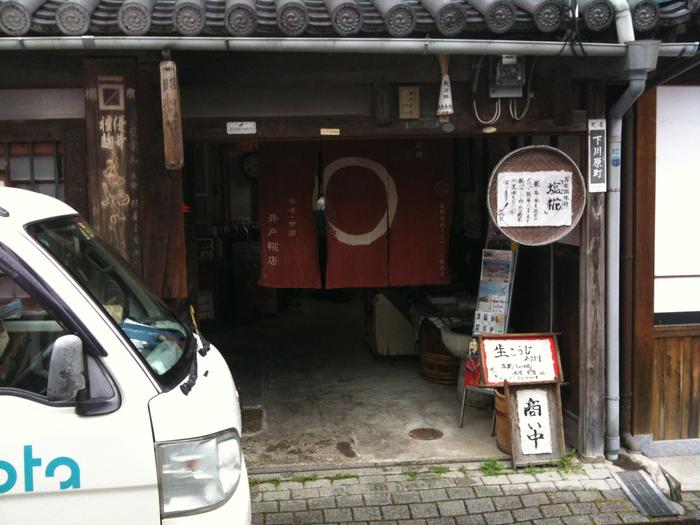