bruce Fine
Posts: 1309
78
posted 2 weeks ago
well, it was just about a year ago, or was it two years ago, well anyway, that the tv news program 60 minutes reported on a story saying UFO's are real and the pentagon agency that is studying them dont know what they are but they are intelligently controlled so if they are aliens I was wondering
are aliens vegans?
what do you think?
Douglas Alpenstock
pollinator
Posts: 2463
Location: Canadian Prairies - Zone 3b
626
posted 2 weeks ago
Absolutely. Here's proof:
Spock.png
Jeremy VanGelder
pollinator
Posts: 148
Location: Proebstel, Washington, USDA Zone 6B
60
I like...

posted 2 weeks ago
A good question. I think a lot of it depends on what form these hypothetical aliens take. Are they humanoid? What if these aliens are a form of sentient fungi, or yeast? In that case a vegan alien wouldn't be able to eat bread. But eating humans could be completely ethical, in the eyes of other alien fungi.

Jeremy VanGelder wrote:A good question. I think a lot of it depends on what form these hypothetical aliens take. Are they humanoid? What if these aliens are a form of sentient fungi, or yeast? In that case a vegan alien wouldn't be able to eat bread. But eating humans could be completely ethical, in the eyes of other alien fungi.

Definition: humanoid - having an appearance or character resembling that of a human

Just because something looks human-shaped, doesn't mean it's even carbon based. Permies have been experimenting with growing fungi in specific shapes as insulation. I'm thinking we could potentially get advanced human-shaped alien fungi! Judging by my compost, they'd be quite happy to chow down on dead animals - we'd just have to hope that if they're sentient, they'd not choose to kill us in order to eat us.... scary thought!

However, Jeremy, I totally get your point and agree with it. So much is based on the perspective of the creature doing the perceiving. I've read a number of science fiction books where the author points out that an "alien" that looks terrifying to a human could be perfectly safe around us, and another one that looks sweet and innocent could be deadly.

posted 2 weeks ago
Haha, I immediately thought of Vulcans, too. They are vegetarian, actually.  But then there's the Klingons... 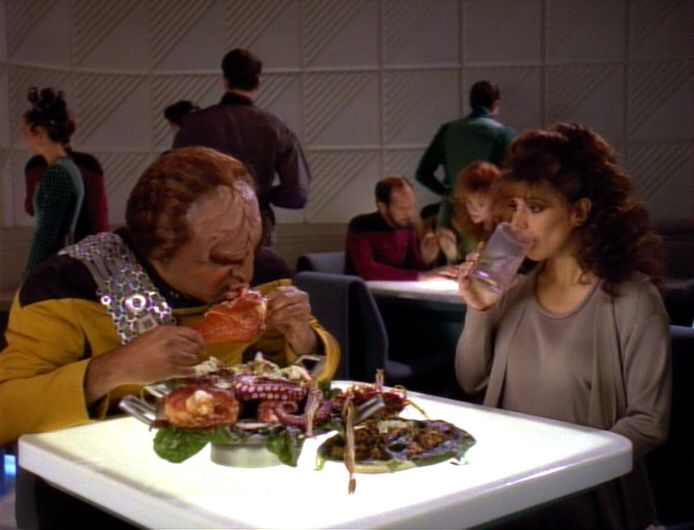 posted 2 weeks ago
I expect for the interstellar space traveling types to be beyond food consumption.....maybe they modified themselves to be primary producers, or else perhaps they are battery powered....?  Maybe they just collect energy from the space around them.  I hope we find out soon....if they are not the human harvesting type! :O 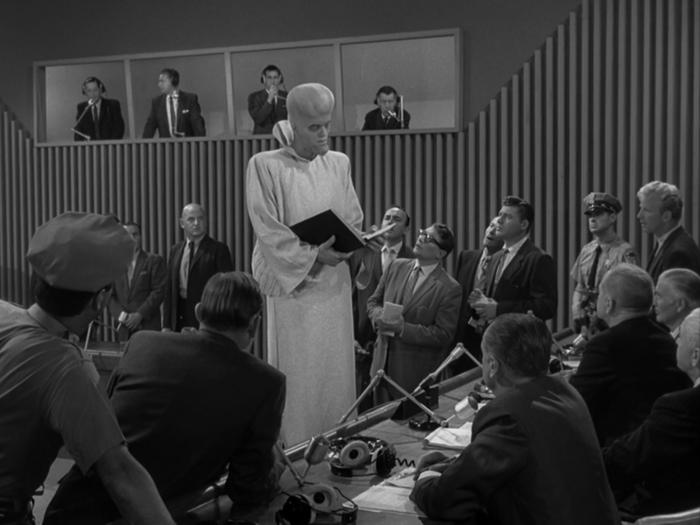 Devoured by giant spiders without benefit of legal counsel isn't called "justice" where I come from!
-Amazon Women On The Moon

posted 1 week ago
Much like there are a lot of vegan animals on earth, I would expect many aliens to be vegan as well. Now, if you want to limit "aliens" to just intelligent aliens then the question become a bit more complex. Looking at the most intelligent animals on earth, a good proportion of them eat other animals which is not surprising since being able to catch and kill another animal takes more intelligence than just hiding and reacting to something trying to eat you. On this list,
(https://safarisafricana.com/smartest-animals-in-the-world/), it looks like the only animal that doesn't purposefully eat other animals would be the elephants.

Assuming that the same holds true on other worlds, there's a good chance the most intelligent species on those planets at least started out as carnivores or omnivores. Even though they started out as carnivores or omnivores, it would seem reasonable that there could have been pressures that would eventually cause the intelligent aliens to become vegan. For example, if food supplies are limited, more aliens eating a plant based diet could be fed if than if they were eating meat. However, once resources become plentiful again, I would expect the aliens would revert back to eating more meat (kind of like how when humans become wealthier they tend to eat more meat[1]).

I dunno, Douglas.  Taking a cue from the same slice of the time-space continuum, I'm thinking they jumped ahead of us, developed chlorophyll instead of red blood, and just sit out in the sun when they get hungry!.... 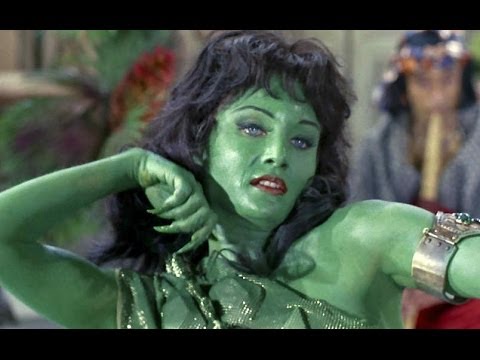 posted 1 week ago
Is this enough proof: 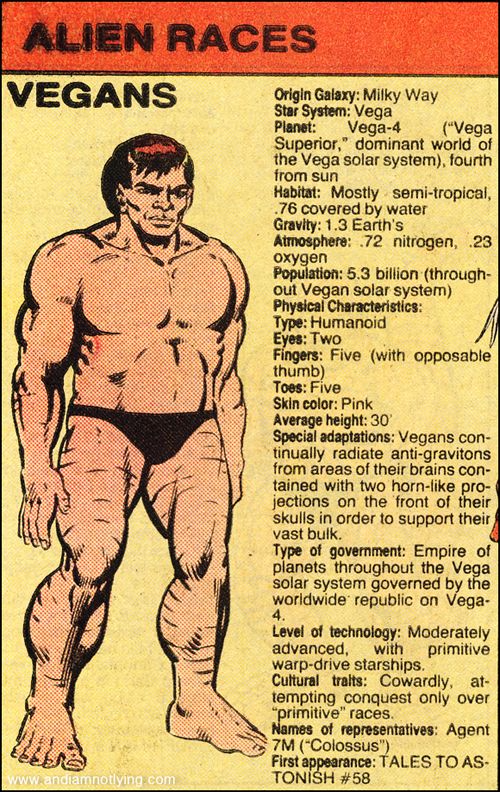 posted 1 week ago
Are any of the known "aliens" strict vegans?
Most animals are opportunists, with reports of deer feeding on deer and such.
The moral logic that leads to veganism may seem quaint to aliens.
Our overall obsession with food may seem odd, especially the way we breed extra chemical defenses into our crops(I'm looking at you hot peppers).
Maybe our deep involvement in the sex lives of plants would be considered perverse.
I have often wondered if a human diet consisting only of the flesh of carnivores and parasites wouldn't be the most ethical choice.
After all, lettuce is minding its own business, but eating a lion is like stealing from a thief, who are they to complain?

It seems very likely to me that there exists forms of life we simply won't recognize as alive, much less analogous to animals, fungus and plants.
This reminds me, do vegans generally draw the line at multicellular creatures?
I'm thinking of all the foods we eat that are the bodies and waste products of single cell beasties, like yeast.
Some single cell creatures even form into multicellular creatures in order to  better survive, and then later on, disperse.
I know the whole face and/or mother rule of thumb, but what about jellyfish?

Truthfully, I have an irrational fear of eating animals that don't have a face and bilateral symmetry ,warm blood and more than 4 limbs.
Utterly unreasonable, but there you have it.

posted 1 week ago
Are only animal- like creatures considered “aliens?” What if Earth was invaded by an alien plankton or fungal colony which took over vast regions of our soil or ocean? What if it has already happened and we just didn’t notice?  Or what if the first alien invaders are something like an interstellar ant raft?

If we limit our conception of “alien” to something similar to humans in its interactions with the world, then such aliens are probably omnivores, like we are.

Fred Frank V Bur
Posts: 145
posted 1 day ago
So are aliens from another world vegan? If they are ethical beings they would be. And I would hope they would be. They otherwise might want to come here to eat human people. And there are plenty of us for that, to draw such beings here. So, nature may have a way to deal with all of us yet.
Douglas Alpenstock
pollinator
Posts: 2463
Location: Canadian Prairies - Zone 3b
626
posted 1 day ago

No doubt they see veganism as cruel and barbaric.