I lost my way

posted 2 months ago
It’s only ten weeks since I bought a house on a cold fresh April morning. A few days later I started renovating, ripping up carpet and trying to figure out how to remove decades of paint. I started watching and subscribing to youtube channels on renovation and woodworking. I bought chemical paint strippers, power tools and dreamed of a post renovation world where I had a 600 sqft basement workshop with a table saw, drill press, router etc. - the full works with a dedicated 240v circuit for the power requirements. I started budgeting, putting a little aside each month. I had given up on working in the garden this year, having a habitable house took priority. I was starting with a neglected 1850’s building that had been empty for three years and unloved by the previous owner. With twice weekly commutes from NJ to NY and still having to feed the family, I batch cooked pots of chilli and pasta sauces - good fuel for long days of labour. Once again I gained weight, justifying large portions because I was rarely sedentary. The final move, last weekend, was the second trip driving a massive U-Haul - a 27ft long box full of stuff I didn’t really need or love. 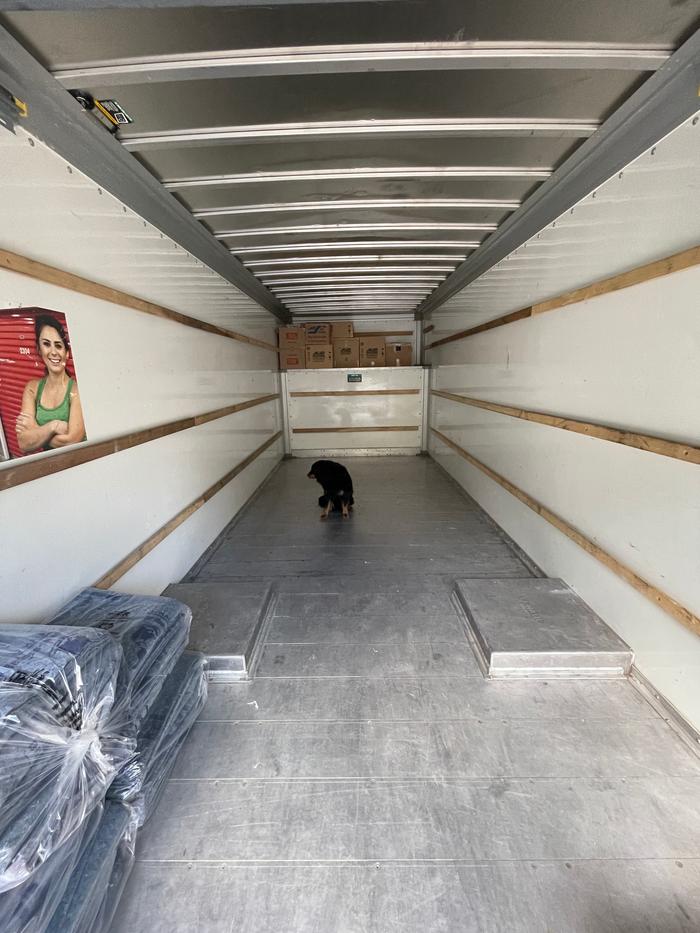 I filled this twice :(

I thought I was still living the Permies way but I had strayed far from the path. I thought I was happy because I was busy and had purpose but I knew deep down I had lost my way.

Lots of things happened this week which gently guided me back onto the path; isn’t that the way of these things . . . .

I unpacked my bike, cycled 13km to a newly found organic, local supermarket and then picked up my CSA fruit and veg. It is the first time I’ve been out on my bike in NY. It felt so good. The weather was hot, but the little electric 250w front hub I installed means I can can cruise at 25kmph enjoying the breeze and not breaking a sweat. At both locations people stopped to talk about the bike and the conversation moved onto other good stuff. This tends not to happen when you turn up in a generic SUV or other ICE vehicle. 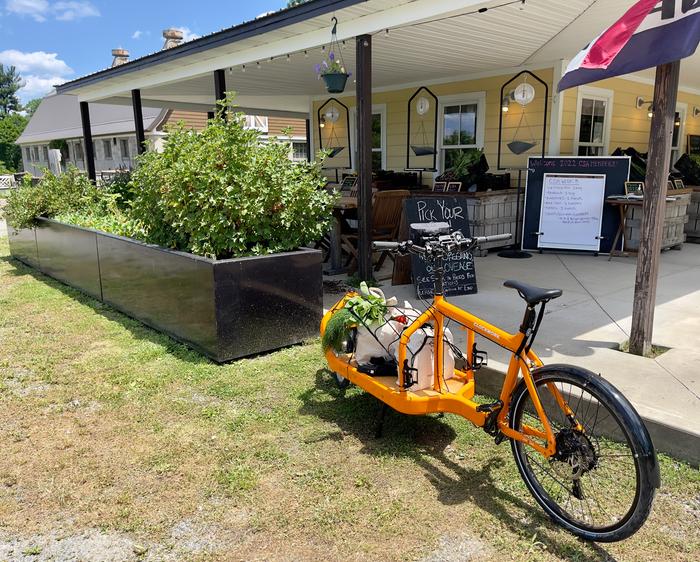 When asked what I wanted for my birthday, I casually mentioned a bushcraft knife from Ben and Lois Orfond. Today I unwrapped the most beautiful and wonderfully handmade tool and a book on 50 things to do with it - all of which could be PEA and PEP badges.

I also received a pickling jar and although I already have many, it was a gift from my son, who doesn’t even like pickles. My CSA share included many cucumbers, so in the jar they went.

I unpacked the grain grinder I won here on Permies, ground some grain I bought at the supermarket I visited on my bike and discovered the old electric oven left by the previous owner can be cranked to a ridiculous high temperature for awesome pizzas. My sourdough starter had spent a month in the fridge with no feeding and bounced back to life and vigour.

Today I went hiking in my new State.

In other news, my wife did her first commute into NYC down the Hudson Valley line, following the river, which must be one of the most beautiful commutes anywhere. It’s a much longer commute than her previous on in NJ but two less changes and no tunnels and Grand Central is a much more friendly station than Penn. 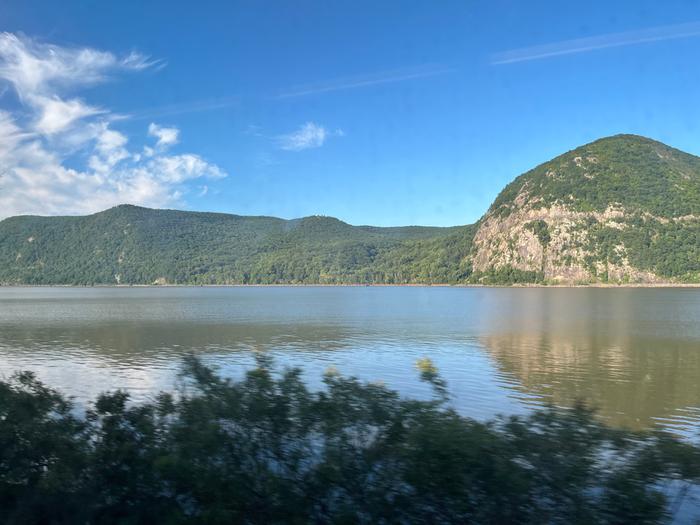 View from the train

And then I had a couple of notifications from Permies reminding me of the awesomeness . . .

So . . . I apologise for wandering off the path.

posted 2 months ago
I am so glad you found your way back to permies' awesomeness.

It sounds like you had a nice birthday, a nice bike ride, and went for a nice hike.

I enjoyed hearing about your latest adventure and hope to continue to hear more about your renovations.

posted 2 months ago
Ah, Edward, you didn't lose your way, you simply focused on something different for a bit. We all do it. What counts is you wandered back :D

I'm amused by you wowing the new area with your awesome bike! It is an excellently classy beast of burden!

Glad to see you posting again and look forward to being inspired by your activity!

Douglas Alpenstock
master pollinator
Posts: 2622
Location: Canadian Prairies - Zone 3b
686
posted 2 months ago
Just a slight detour IMO. Life hands us one now and again.
Hans Etter
Posts: 2
posted 2 months ago
Love the color of the bike and the utility rack but the seat I would change to something more comfortable and maybe a small basket in the back but what a great bike to have to get around on. Don't take on too many projects on that house. Just do a few projects at the time and do them well.
Ara Murray
Posts: 75
Location: Northern UK
27
posted 2 months ago
Oh, I love that bike. I was looking at mine the other day and thinking that my cycling days are over due to health issues (and the roads round here are too narrow to cycle safely) but an electric bike for when we move house, now that is an idea. As we will have to pay for more utilities at our next house, we will have to save money somewhere so an electric bike rather than a car would be a big help. Keep posting, you are giving me some good ideas.
Tereza Okava
gardener

posted 2 months ago
I'm so glad to hear the update! I was afraid you were stuck in that basement, under a pile of slats, rocks, and vines!
Sounds like you made out like a bandit for your birthday and that bike is a beaut. I hope you have a great summer exploring your new area and get to relax into your new setup!