jamie conway
Posts: 7
posted 8 years ago
So I was hiking in a section of old growth forest in the Adirondack mountains in northern New York when I met this plant. It appeared to be an herbaceous plant, possibly a perennial. It was next to the trail in an area that seemed to get a window of sunlight for a good part of the morning, but was not in direct sunlight. I searched long and far in all my field guides and on the internet and had no luck. I put two pictures of the berry clusters and one of the leaf pattern. Anyone know what this is?? 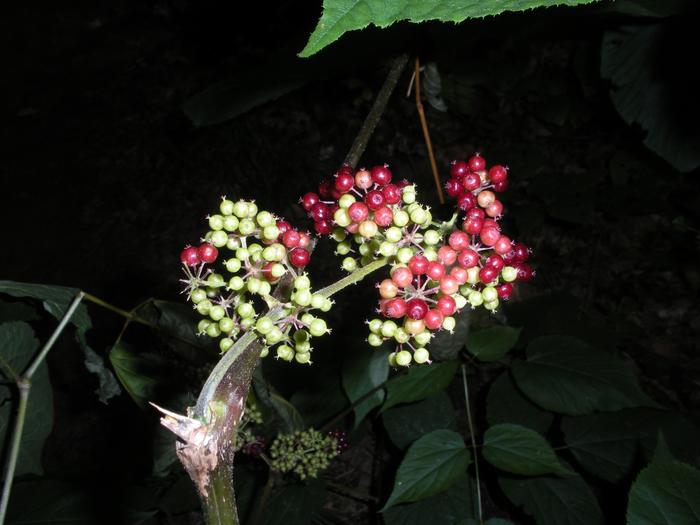 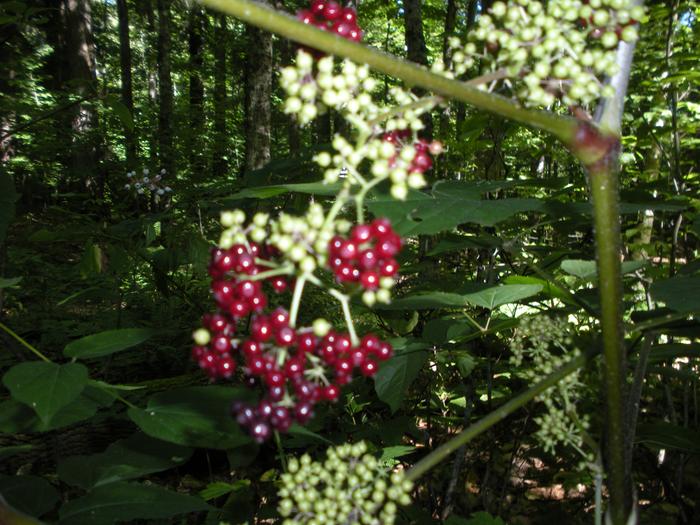 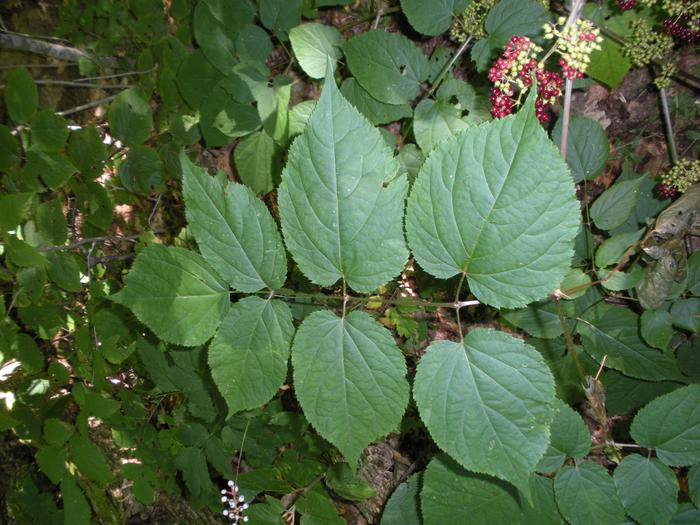 Kota Dubois
Posts: 171
4
posted 8 years ago
I'd be willing to bet it's an american spikenard -- aralia racemosa.

"To oppose something is to maintain it" -- Ursula LeGuin

https://www.google.com/search?q=Sambucus+racemosa&hl=en&prmd=imvns&tbm=isch&tbo=u&source=univ&sa=X&ei=qrxAUPjFG4qo8gST-YHgAg&ved=0CCYQsAQ&biw=1024&bih=649
Kota Dubois
Posts: 171
4
posted 8 years ago
Red elder -sambucus racemosa- is a woody shrub with narrower leaflets. The fruit ripens in June and rarely gets a chance to turn fully red if there are robins, grosbeaks or cedar waxwings around. Once I saw a big fat bloated robin sitting on the grass under one of mine, incapable of eating any more, but still chasing off a pretty little red breasted grosbeak who also wanted to feed. To my taste they are bland, juicy and only mildly sweet.

jamie conway
Posts: 7
posted 8 years ago
Why not eat them? I have read the have been used for wine and jams.
leila hamaya
pollinator
Posts: 1442
Location: northern northern california
206
I like...

posted 8 years ago
yeah this is red elderberry - sambucus racemosa

this elderberry is different from the others, its the more strongly medicinal.
well- they are all medicinal...but this is the one that you should be more careful with.

its much better to cook the berries, and like all elderberries dont eat the stems, or any other part.
its kinda tricky to get out all the stems, cause of the way elderberries grow in big clusters, and the stems are hard to remove.....
but you must get out as much of the stem as possible before preparing it.

this is the one used in homeopathy, where as blue -black elderberry is better for eating straight or making jam or etc...
though those are also used commonly as medicine.
i make a kind of cough syrup with the blue ones that are native here with glycerine...as well as in tea...especially the flowers are very good in tea...for making syrups....

but thats not usually done with the red elderberry.....it's the most "toxic"....but well its definitely edible and medicinal, only it should be cooked.

the natives used the red elderberry as well as the others...but boiled it for a long time and made medicine with it.
most reports or whatever...where it has been seen as "toxic" involve people using other parts of the plant beside the berries...like getting a lot of the stem in the juice, not cooking it ...so i say imo its not entirely accurate to say its toxic...it kinda got a bad rap(and somewhat passed that along to the blue or black elderberry incorrectly)
...it just needs to be cooked...and you need to make sure not to use the stems.
jamie conway
Posts: 7
posted 8 years ago
Thanks for the great information hamaya, but i agree with Kota that the plant is Spikenard.
leila hamaya
pollinator
Posts: 1442
Location: northern northern california
206
I like...

posted 8 years ago
hmmm maybe i am wrong.
sorry didnt read all the thread the first time.
i am not familiar with spikenard at all, and that to me looks just like red elderberry, especially in the stem, and well the whole pic...
well...i will talk to google, maybe learn myself something. =) i like to research about plants and now i am curious.

hmmm they look very similar, but i will assume you all are right and i am incorrect.
the leaves look fatter and a bit different.
well hard to tell from pics, and maybe not everyone correctly ids the plants online, for sure google isnt the best source for info. 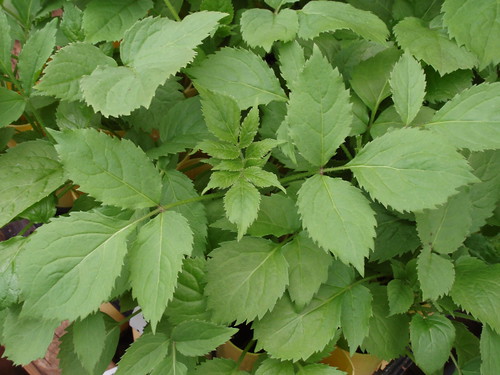 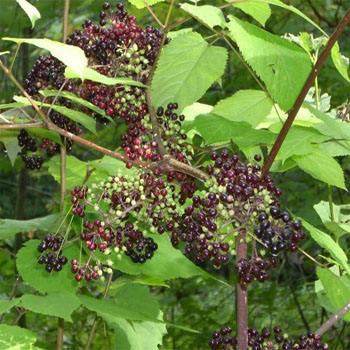 jamie conway
Posts: 7
posted 8 years ago
Thanks hamaya for taking this topic with such and open mind. The red elder and spikenard do look very similar. What I learned to identify them apart is by the branching pattern of the berries and stems. Elderberries form in an umbel pattern while the spikenard berries form off of a triple branch pattern. I was lucky enough to meet spikenard on a hike one day, hope you get the chance to meet one soon!