Simon Torsten
Posts: 82
7
posted 8 months ago
I' a mechanic and one of the parts departments I worked with had an account with Rock Auto.

It's not always the best place to buy auto parts but sometimes it's the cheapest and sometimes they have that old classic you need.

Sometimes they have some.

My suggestion is that Paul Wheaton set up an exchange for seeds and plants.

I have at least 100 Kentucky Coffetree seeds I don't need, and cant' give away locally....

I need some air potatoes..

I think one of the great things about permaculture and growing community like Permies in general, is the possibilty to share/trade/swap you products.
Back then I couldn't find anything fitting besides Craigslist or Facebook groups, so I built something myself.

I would love to see your Kentucky Coffeetree seeds in the marketplace! https://permapeople.org/marketplace

Let me know how it goes and if you have any questions,
ben

Empower people to grow food to feed themselves, their families, and local communities while regenerating the environment with Permapeople 🌱✌️

Joylynn Hardesty
master pollinator
Posts: 3757
Location: Officially Zone 7b, according to personal obsevations I live in 7a, SW Tennessee
1486
4
I like...

posted 8 months ago
Ben beat me to it.

But if you want toi stick to Permies, you can list them here too. Try resources: seeds, plants, honey, consulting, etc. or flea market forums.

Simon Torsten
Posts: 82
7
posted 8 months ago
Sweet! I'll check them both out.

(And I'll try to gather up what I have to trade, and post it)

After I built my berms I spent a lot of time hunting and "poaching" native/local legumes.

On walking and bike trails, in parks, and on the lakes and streams in my kayak.

Because nobody around here sells things like Black locust trees, or mimosas, redbuds, kentucky coffetree, as nurdery trees or as seeds(actually I have seen redbud trees in nurseries her but I wanted to innoculate the seeds...and also see what it was like growing trees from seeds....I wasn't in a rush to do a food forest the fastest I could, just wanted to take my time and build something that would still produce food years after I walked away(or moved to a new house).

But one of the fun things also about "poaching" seeds is that nobody cares, it's neither explicitly permitted or prohibited(except for some places designated as nature preserves and private property you'd need permission, and at nature preserves they may not be able to grant it due to their rules.

But around here on easements and along trails there's no rule you can't harvest seeds.

I call it poaching because it makes it sound more edgy.

It was easy to find mimosa seeds and redbud seeds, they grow like weeds around here. I had some redbuds in my own yard neighbors let me harvest mimosas.

People look at you like a confused golden retriever when you ask permission to gather some seed pods off their mimosa tree. 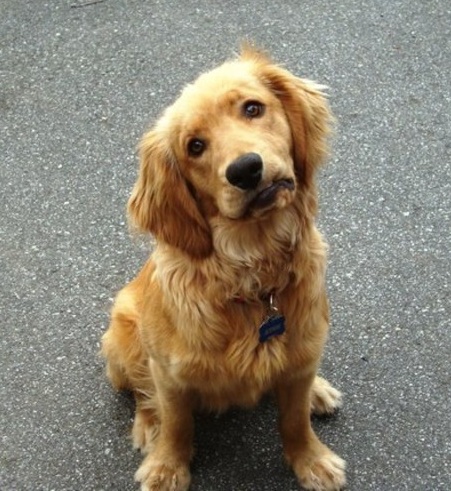 They always say OK once I explain why, and it's a neat way to spread the idea around.(Permaculture) I want them for permaculture go look it up online the legume trees feed the other plants....

And doing it that way in the wild on trails you start to see the patterns, start seeing plants for what they are.

I forget some of the names, but I go look them up now when I see bean pods on little plants too.

I suspected the Kentucky coffetree was a legume, I saw the pods on a disc golf course in a local park. I looked it up to confirm it, because I did the same with Catawba's and discovered they are not legumes, no beans in those pods(different type of seed), but useful nevertheless(they grow fast, make shade, and can be cut down if you need to for Hügelkultur "Fill".

Then I saw on the ground level, and collected "Illinois bundleflower" and also "Pidgeon pea."

Those perennials are a bit tougher than clovers and other ones....

It's possible an upstart market gardener or farm could package a a starter kit for their zone which includes a variety of the seeds I've been collecting.

The more we trade these plants and seeds the easier it's going to be to achieve what we all want.(To recreate/restore Eden with out being real religious about it...I think we all want to recreate clean free abundant food and habitats)

I'll share what I have.(seeds at least) Harder for me to mail plants....

Love to trade some for things I don't have yet.

But there's good commercial potential in it too. I wanted to post it here in case Paul Wheaton wanted to make a business out of it, but it appears he already started a swap meet.

I'll try to put some things in soon.

Mostly I want to buy stuff I can't find locally like Jerusalem Artichokes, air potatoes, and other perennial edibles.

But I set up my little food forest so that I can move out of the WIFI/cell tower area some day and be able to take it with me.

(When I move I will be able to take seeds(I'm growing) with me, and if thee person who buys my house doesn't want the berms I can just scoop it up and put it in dumptrucks.....

Get a bobcat, and set up new berms and replant the trees....


I'd rather they keep what I made here and I'll just take some  seeds with me that I grew...and some cuttings....and do the next one....in the new place smarter and bigger....