posted 6 years ago
so it took days for these two pics to get from my phone to my email for whatever reason, but here they are, the gigantic hugel-spinach(bloomsdale long standing) and what for now i shall call the Lady of the Hugel - a ladybug in the spinach plants
Hugel_Spinach.jpg 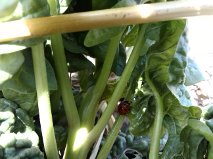 dan long
Posts: 274
5
posted 6 years ago
Is the plant fuzzy? Mullein has distinctly fuzzy leaves that prevent most animals from eating it. I don't know of any plant that has as much fuzz on the leaves as mullein.

posted 5 years ago
I tries to update this before my trip to the Bahamas but it did t work so here we go to try again
The most notable things...
Of the three apple trees it seems two are still alive, the golden delicious was the weakest link, if I remember correctly the other two are a honeycrisp and a McIntosh, the one near the hugelbed is vibrant and putting on a lot of new growth every year and the other is more or less by itself on the hill with a small(6 inches deep at most) microswale above it that has a few leaves left but isn't nessacarily thriving

The vegetation on and around d the hugelbeds is much more lush than the surrounding soil but very few planted species left mainly just one small patch of sunchokes on top of the big bed and it looks like one squash-like place t coming g up near the hand built that I'll try to keep an eye on but still the vegetation near the hand built bed is lush and massive compared to other vegetation, for instance the curly dock near that bed grows twice as big as curly dock on the edge of a seasonal pond a few thousand feet away, to me that shows the hugely is holding a MASSIVE amount of water And nutrients, I took most of this curly dock and layed it around the two lively apple trees as green manure/mulch

Last but not least I was very excited to see that the oyster mushroom logs I inoculated nearly 3 years ago has fruited and I got there just in time for a great tasting cluster hiding in the existing junipers where I hid the logs
There was also a plethora or mushroom. Species on the hugelbeds, including a large cluster of Coprinus Micaceous that I was just a little too late to harvest 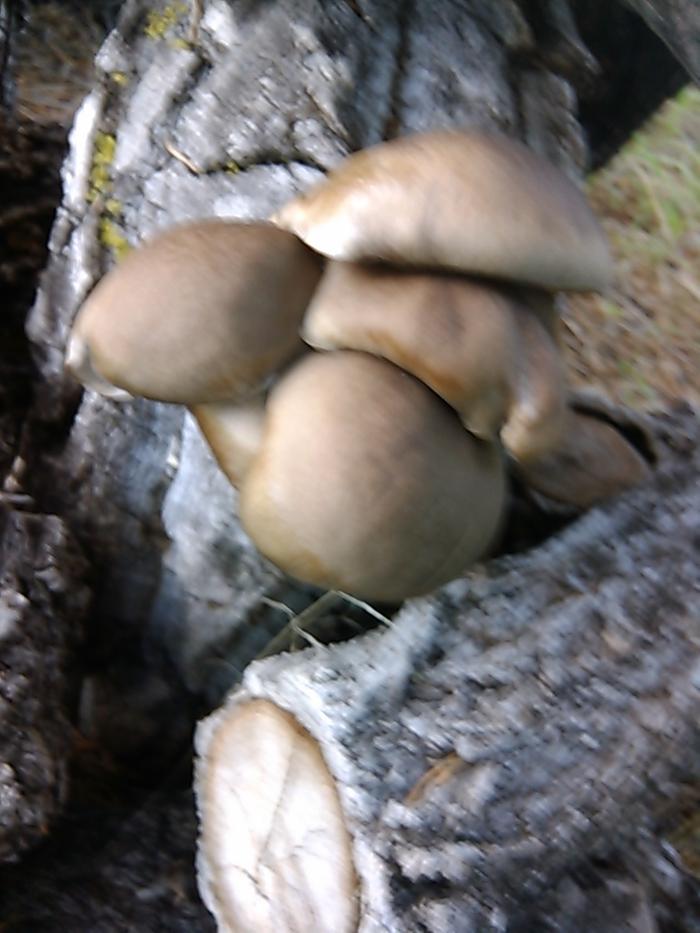 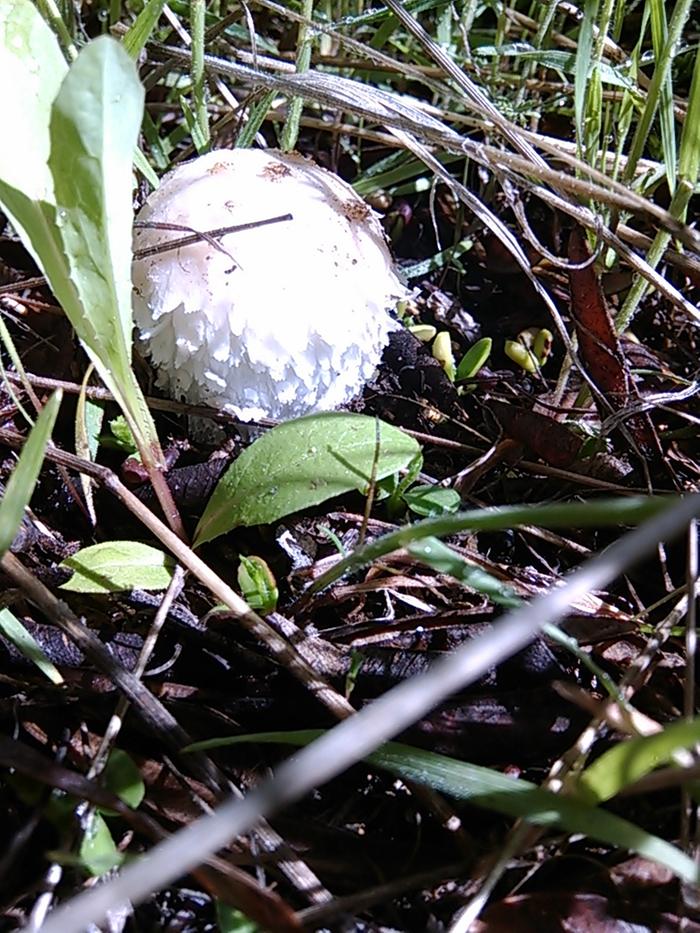 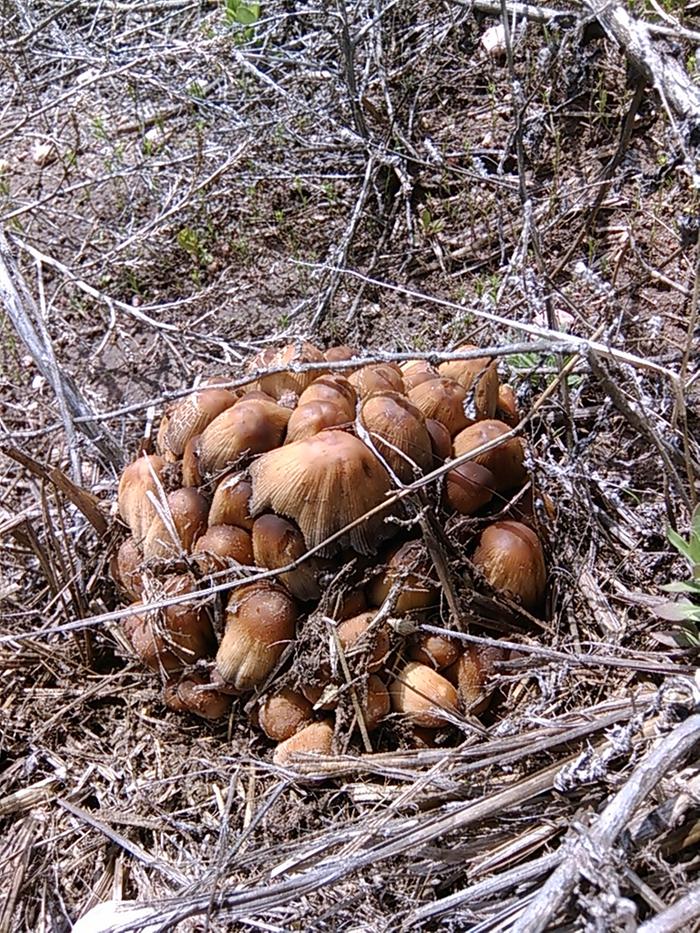 posted 5 years ago
Just wanted to brag that even though bits been at least a year since I last planted anything I'm eating some fresh mustard, cilantro and lambsquarter from the garden with my eggs this morning
IMG_20150611_084510_776.jpg 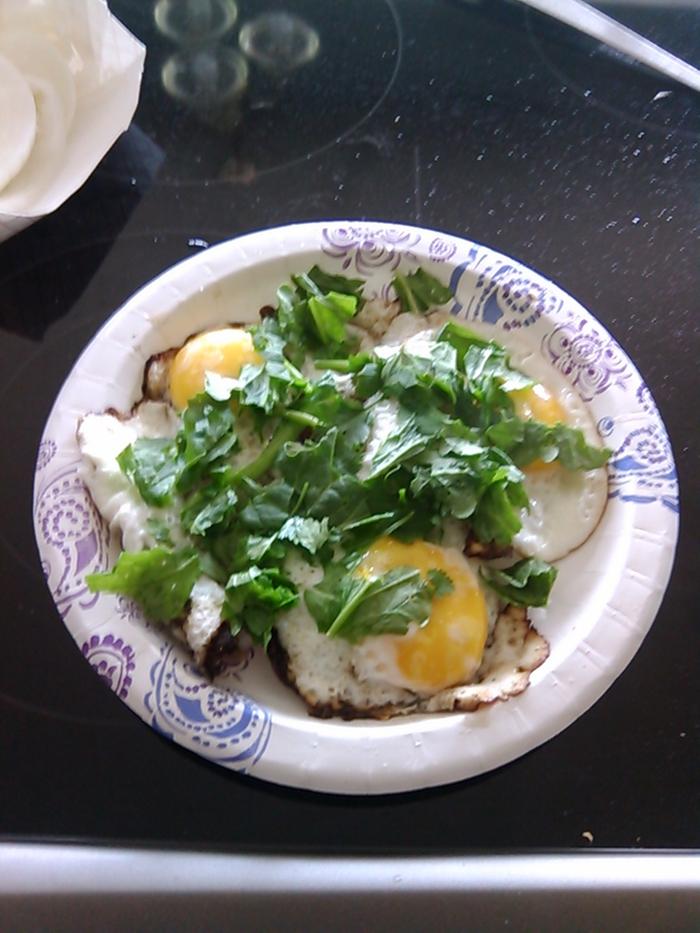