posted 1 month ago
Watercress is one of the plants I really wanted to grow in a tiny setup, because it's small and healthy. But I wasted a lot of seeds before it finally started growing. Now I think it's much easier than I thought... it just needs water, not soil, but not completely still water like in a bowl.

So I used a stretched swab of gauze to put seeds in it, and attached it to the edge of the aquarium with paper clips. 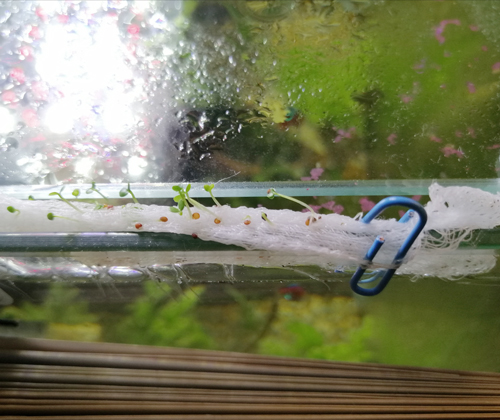 It uses a 6w LED lamp, and the watercress "bed" was right under it. Some sprouts went under the glass and they were just fine. 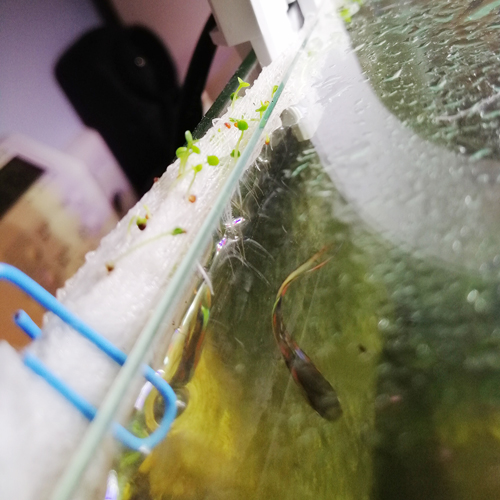 Growing watercress and Pablo, the male guppy. Guppies are omnivorous but they prefer to eat algae, so they don't really bite at the roots.

When the plants got bigger, I moved them to aquarium with baby guppies, in which water level is slightly lower. 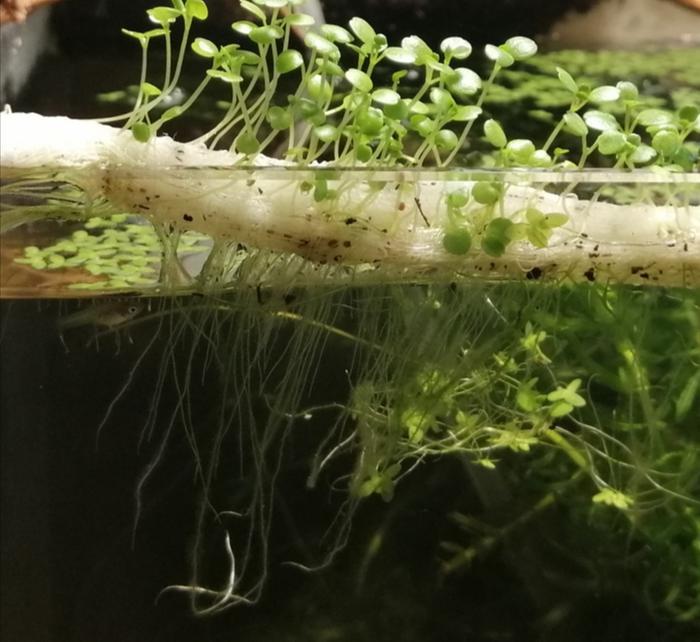 One plant fell out of the gauze and into some floating plants - moss, duckweed, water fern, and maybe something else. 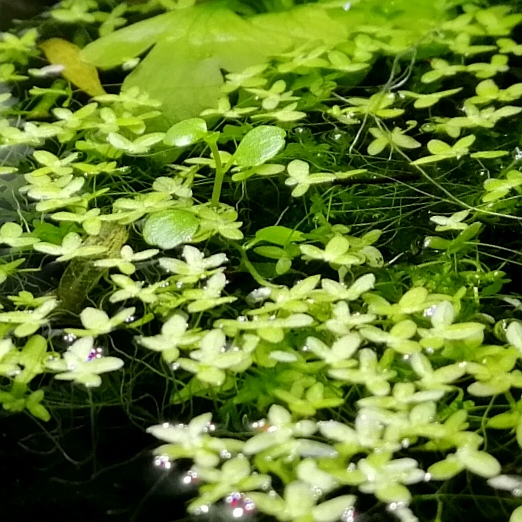 It's fine there too, so I think they can just grow like that.

Recently I saw watercress in a regular pot, for sale along with some herbs, but mine just died in soil... so I'm happy that it grows well in the water.

posted 2 days ago
i hadnt thought about doing that, it'd a pretty good idea.
I placed mine in an old water bottle that is floating on top the tank. i't gets gently agitated by the aerator and water return.
i can see several sprouting roots after a couple of days. once there bigger I'll just empty them into the tank.