Observations and comparison of degenerative and regenerative pasture management/grazing techniques

posted 7 months ago
I'm creating this thread to share one example of two different ways to manage pasture. There are many variables at play, and having noted this I will provide all management information that I am aware of to help the reader form a conclusion.  Below is a picture, on the left is a neighboring pasture, on the right is one of mine. The two fields are right across the road from each other. The picture on the left is a portion of a pasture of approximately 10 acres containing nearly all monocots, or grasses, and the picture on the right is also a portion of approximately 10 acres containing grasses, legumes, broadleaf forbs, and various other plants such as thistle and ironweed for examples.

The one on the left has had 20-25 or so cattle graze it at free will for 6-8 weeks at a time at what I have noticed to be 3 times a year. When they're not in this field, they're in another adjoining field. This has been going on since my neighbor moved in about 16 years ago and it's how he rotates his cows. He applies chemical fertilizers, which seems to happen annually in the spring. He also sprays a broadleaf herbicide which seems to happen once in the spring, and once in the summer, to "kill the weeds" as he says. He also runs the bush hog around a few times a season to keep things clipped.

I've been in care of my farm for 3 years now. I have had lime applied twice at the rate of 2 tons per acre, once in the fall of 2017 and again in the fall of 2019 after a soil analysis revealed soil pH's hovering just under 6.0. This summers soil analysis reveals soil pH's across the farm ranging from 6.4 - 6.7. I also hired a different neighbor to spray my farm with a sea mineral/microbial inoculant blend also in the fall of 2019. Those are the only inputs I have applied to the fields. I brought three cows onto my farm in April of 2020, and I make small paddocks using polywire electric fence with step-in fence posts, and move the cows onto fresh grass every three days. Sometimes I don't get to it till a fourth or fifth day, but I've been good about keeping to the three day cycle. My three little cows have grazed, pee'd and pooped on the grasses in the picture on the right twice since April, and they're about to enter that area again for a third time this season at the end of the month this November. I go back over grazed grasses with a small bush hog set about 12 inches high so I can clip everything the cows didn't graze without further clipping shorter any of the grasses, clovers and things they did graze.

The picture on the left was taken yesterday, November 17, and the picture on the right was taken today, November 18. With the days getting shorter and being just 34 days away from the winter solstice, I don't have a conclusive answer to why the field next door is brown and dormant (except for the skinny patch of green on the fencerow), and why the cool season grasses on my side of the road are green and healthy, but I am confident that management practices do play a role in the health and vigor, or lack thereof, of the two fields. I also believe that my pastures and soil will continue to improve as I apply managed grazing for the years to come.

I hope this post and included image will provide curiosity and a motivating spark to at least one reader who grazes cows to abandon the degenerative ways of chemical agriculture and unmanaged grazing and try regenerative techniques for grazing cows, improving pasture and healing the soil.

posted 7 months ago
Here's a close up picture of the cool season grasses so viewers have a representation for the average of the grasses in the comparison in the post above. 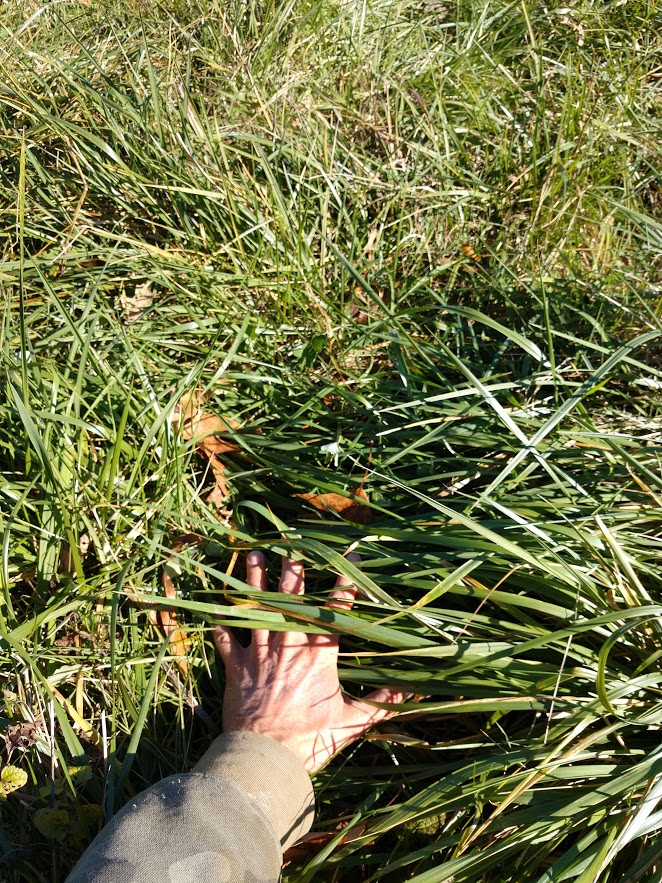 posted 2 months ago
I thought I would post a spring update. I'm really not trying to knock my neighbor, truly, but I want to document and show again a comparison of the two pastures, one his one mine that are across the road from each other, this time fresh spring growth and how important it is to let early spring growth happen and keep the cows off of it!

The first pic of my neighbors pasture, the same one in the post above from last fall. Here's some pertinent information about it which helps explain the condition of the forage, or lack thereof. His herd spent the month of March in this pasture, having hay in a spot with free access to the rest, so the cows did a real good job grazing down all the early first growth and regrazing any regrowth. He also sprayed a broadleaf herbicide in early March when the weather warmed up nicely. Note the nice green growth on this side of the fence at the bottom of the picture.

The second picture is mine, again the same as the post above from last fall, and my cows haven't been in the pasture in the picture since they grazed it back in December. My cows are still on another part of the farm in a small paddock eating hay, and which they get moved every two weeks. They do quickly graze any early growth in new paddocks, but it's a sacrifice I make to allow for the rest of the pastures to establish critical early spring foliage and root growth. I will keep feeding hay through the end of April, either until I run out of hay or the grasses have grown to a point of having stemmy growth before they begin to form a seed head, which will vary by species of grass, but I'm just looking for those stems to appear. Also, I have not sprayed anything. Any "fertilizer" the soil got was from cow pee and poop. 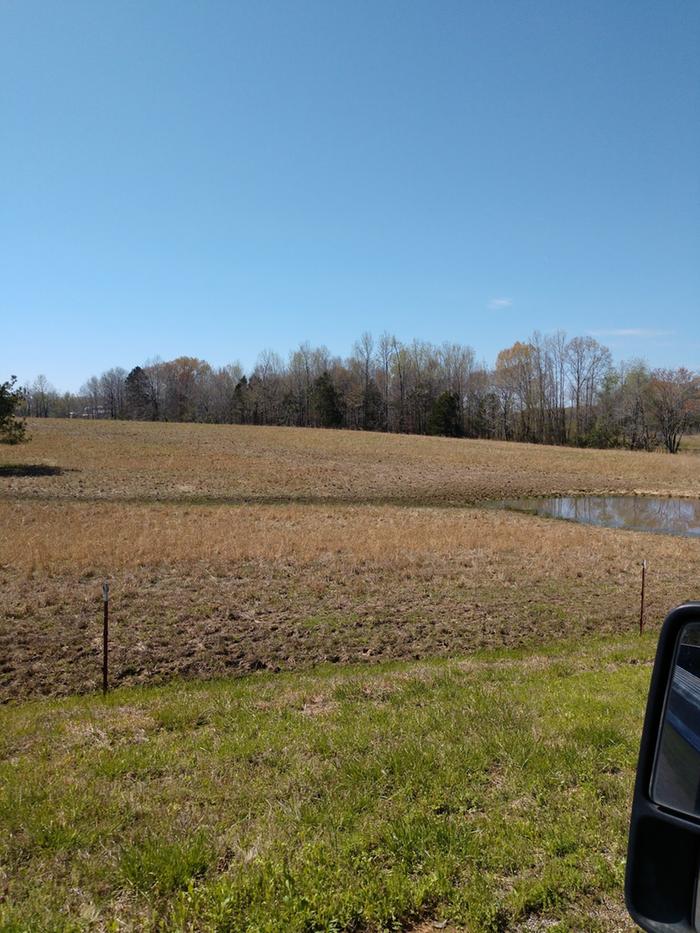 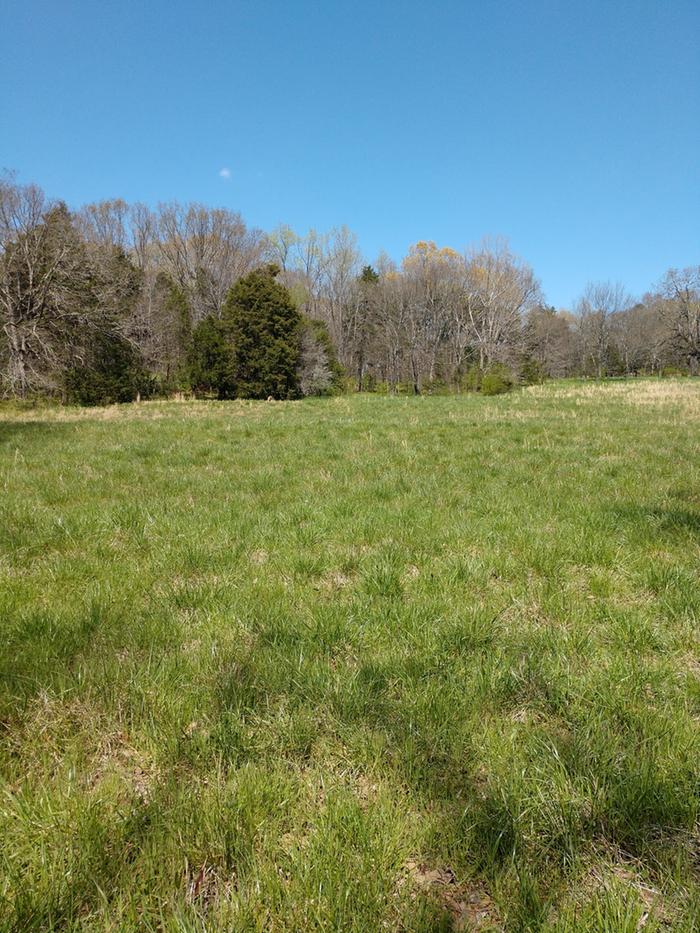 posted 2 months ago
You have a very nice pasture! Perhaps it's best to take it as an opportunity to compare the two approaches. I know it's frustrating when your neighbour is like that, but they're watching you for sure... with my neighbours, we just have gardens next to each other. I was lucky that they were growing food even before we moved in, and they never used the land for anything else (while many others turned theirs into ornamental gardens). My garden was going through big changes over the years; first it was managed by my mother, who just wanted a lawn and thujas, and sprayed everything else with roundup... including the neighbours' vine ;)
But she gradually allowed me to take over and it's now a permaculture... "weird artist style". I fail a lot and many of my experiments are... too experimental perhaps, even if they work, but I see that my neighbours are watching, and their ways are changing too. They made raised beds, and insect houses, and used twigs from pruning trees for various constructions instead of buying new stuff every year...
I also have friends who visit and use some of my ideas, but with these neighbours it's different, because we almost don't talk at all. So I know that they're just watching what I do, and changing their ways sometimes.