posted 2 months ago
I have bumped into a number of references to hobbies...other than homesteading.  What are your hobbies?

I guess I tend to think of homesteading/permaculture as a whole collection of endlessly fascinating hobbies. I suppose if I didn’t enjoy the various aspects and consider them hobbies, it would all just be so much work!

Are keeping the chickens a hobby?  Tending the hugels and raised beds a hobby?  Planting fruit trees?  Working toward property development that is more and more self sufficient and sustainable every year?

I think yes, and find all of them and more to be very enjoyable.

I am not yet at the point where I can focus on a particular activity that I especially enjoy, as I stay pretty busy trying to progress a variety of infrastructure buildout. I could see one day developing some cheese making expertise if I end up getting goats, or producing high quality fiber if sheep, Or beef if cattle, etc...  Frankly, the list is endless, and the learning process that goes along with them endlessly fascinating, limited only by my energy levels and time!

I do often have to remind myself, due to a tendency to beat myself up for not progressing faster, that it is a journey to be enjoyed. And to appreciate how very far things have progressed from the starting point.

posted 2 months ago
As the nights grow longer, I become addicted to jigsaw puzzles. If there is a 1000 piece Permies puzzle I'll place my order today.

Jack Edmondson
pollinator
Posts: 428
Location: Central Texas zone 8a, 800 chill hours 28 blessed inches of rain
76
posted 2 months ago
Archery.  Making my own longbows and recurves.  Sometimes arrows from scratch.  Walking in the woods with equipment I have made by my own hand.  I don't have a lot of time to get away, but when I do flinging a few arrows I find to be very therapeutic.
John F Dean
master gardener

posted 2 months ago
There are some interesting lines to be drawn that are best left to the individual.  Using the example of chickens, I would say that raising chickens for meat probably is not a hobby, but ( to go to another extreme) raising them for show is.  Of course, there are all those other points in between.   Even the issue of meat bird could be debated successfully.

posted 2 months ago
I drive a kinda rare, stinky antique Fiat, which adds a special something to my daily routine.
I would not have considered it a hobby but yesterday I saw two similar cars and enough craziness ensued that I think I need to give it the credit it deserves (in the first case, frantic flagging and making new friends at the gas station, in the second an impromptu revving-and-yeeha-ing party as we drove alongside each other. I NEVER see other cars like mine so this was exciting). Back before social distancing, we took Wee Stinky to a lot of car shows. In daily life, I always say it's not a car, it's a circus. Everyone has something to say about it.
Most of my other hobbies are permies related ("liberating" plant seeds from public spaces, gardening, composting, fiber arts, sewing, cooking, woodworking, fixer-upping, etc) but I also paint sometimes and really like to sing. If life ever gets back to somewhat normal I want to get back into singing, it sort of fell by the wayside as I focused more on my work.

posted 2 months ago
What kind of Fiat?  What year?

posted 2 months ago
It's a 1981 Fiat 147. The teeniest meaniest noisiest little monster in town. (we may have done some silly work on the engine- the upside of having a mechanic shop.)
Not my Wee Stinky but same year. Mine's white and has a colorful spanky motor, just to surprise people when we take it to shows and pop the hood. 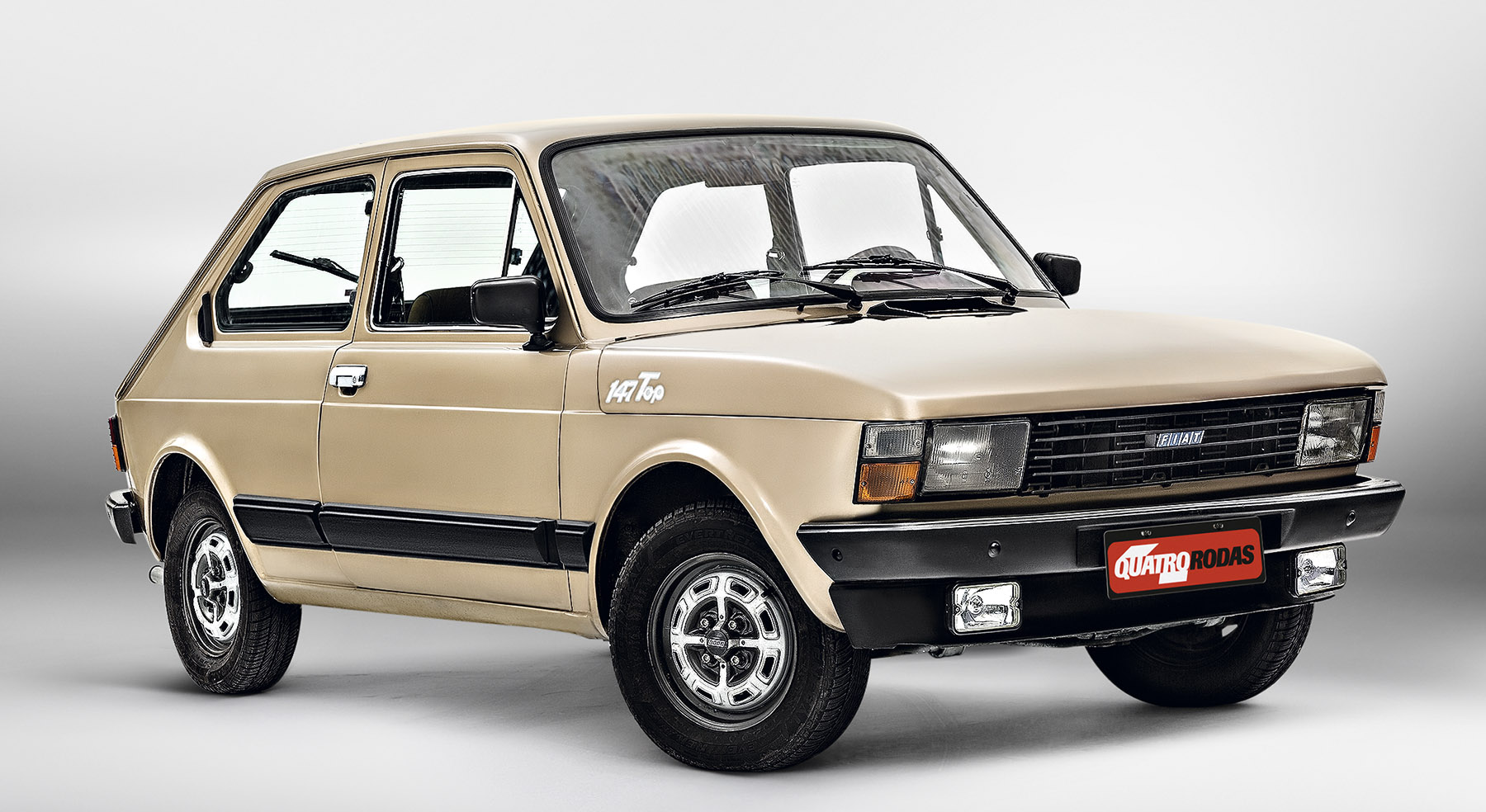 I learned to drive on a Datsun from a year or two before, and it's great fun for use around the city. No amenities, totally unsafe, and if you exceed 110-120kph things occasionally may fall off, but that is the fun of driving a 40-year-old car.

I was a hardcore enthusiast well into adulthood, and raised my kids on it as well.
It was still very geeky and not well received back then.
Now there are famous  game masters and  players,   and that isnt even including the celebrities that talk about playing it on movie sets.

The funny thing is now I only actually play out of nostalgia and fellowship.
I still play with the systems,  making characters and talking rules in online forums,  but the drive isn't there.
Looking at the last few characters I've played it became obvious why.
They each focused on nature or building stuff.
My real life has become more realized than my fantasy life!
The agency I used to get from playing a powerful spell casting character I now feel in real life.
Pretending to summon a monster or heal a companion pales in comparison to the joy of actually growing,  cooking,  building,  fixing, or just helping out a friend.

It's still fun to imagine a being gnome bard who raises wasp companions or a priest of a maker god, but now it's a distraction from my obsessions, rather than being my obsession.

greg mosser
pollinator
Posts: 383
Location: the mountains of western nc
91
I like...

posted 2 months ago
a lot of my more permaculture-y or homesteady pursuits feel like they’re riding the line between hobby and...well, whatever it is when it becomes more than hobby. the facility i help run that processes wild nuts into food, too. once we get it to make a bit more money, that will likely change.

beyond that stuff, making wild-yeasted mead has been a big hobby of mine for a good few years. it’s a pretty long process, and i like to keep the pipeline full enough that there’s something to do fairly regularly.

and then there’s music. i like to play a lot of stuff. the pandemic situation and our newborn is keeping me from playing in bands, though i’ll definitely go back to that when i can. in the meanwhile i play acoustic guitar and write stuff to be played much louder. sometimes my wife and i will play around with folky covers so we can sing. and i will play improv music on any instrument if someone will join me...and sometimes without the company. these days that mostly takes the form of adlib piano duets with my wife on the synthesizer.

i don’t know it’s to the level of ‘hobby’, but i enjoy the occasional card or dice game, too.

william, i used to really enjoy rpgs, but i feel like it would be hard to carve out enough time these days to get anywhere...
Christopher Shepherd
pollinator
Posts: 166
Location: Ohio 5b6a
77
I like...

posted 2 months ago
I like to fix junk and make it work again.  I can usually get a 90 year old motor running in an hour.  I like to make old engine run off of different types of fuels they were not intended to.  I like to build electronic things as close to the raw material as I can.  Crystal radios, diodes, and thermocouples are fun things to make from rocks I have collected around the country.  When its to cold out I read the bible, dissertations and college papers. I like to pick a subject and find all of the information I can on it.  I tend to stay in the energy transfer mechanisms such as c3,c4,cam, and chemosynthesis.
IMG_20190205_211501277_HDR.jpg 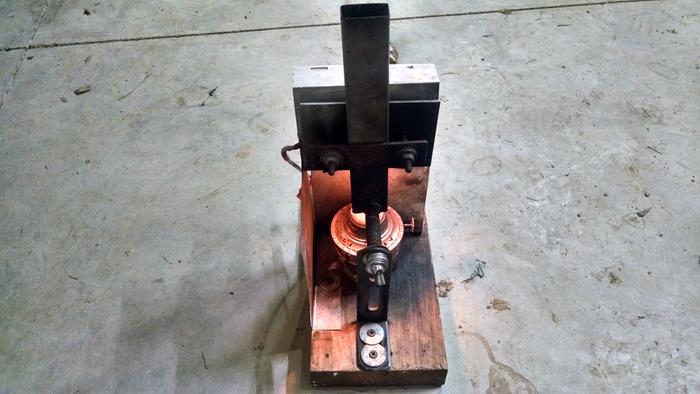 posted 2 months ago
I think this is a great question, it made me asses what the difference between hobby and non hobby is for me. To me the distinction would be: a hobby is something that I mostly do for fun and out of curiosity. My endeavors move out of the zone of hobby when I start to make a decent income off of it or it is something that is sustaining me.

So what does that look like? If I’m raising a few chickens mostly because I enjoy their company and get a few yummy eggs from them each week it’s a hobby. If I’m raising a significant number of chickens for meat or make an income selling dozens upon dozens of eggs every week it is no longer a hobby.

Another example.... I love wild crafting medicinal plants to turn into healing salves. I use the salves for myself and to gift now and then, so I consider it a hobby. But if I were to turn it into a business and started making large batches it would no longer be a hobby to me.

In my life right now most things that I do are hobbies. Eventually my food forest will shift from a hobby to hopefully providing us with a significant amount of our daily food. I love doing all kinds of artistic crafts, it’s a great form of self expression and can make handy gifts for the holidays and birthdays. Photography, hiking, fishing and archery are hobbies I enjoy that get me out into the beauty of nature.

Amy Gardener wrote:As the nights grow longer, I become addicted to jigsaw puzzles. If there is a 1000 piece Permies puzzle I'll place my order today. 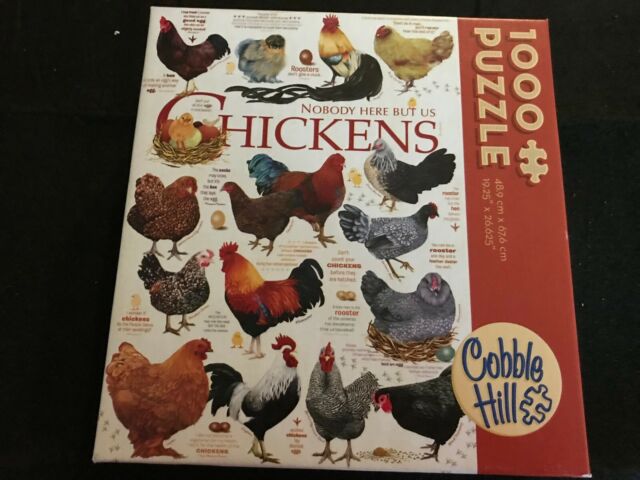 Edit: I jut went into a rabbithole about puzzles and started a new thread. Permies themed jigsaw puzzles

posted 2 months ago
Lifelong hobby of mountain biking.  I love it, and moved to southern Utah just because of it.  I'm old school, ride a hard tail steel bike, and have just the basics on the bike.  World class mountain bike trails, a ten minute ride from the front door here.  I don't ride as much as I used to, and it's always just been for the fun of it.  Never been competitive......well, except for a few years on Strava, but that was just cyber world competitive.

I also have an addiction/hobby for old Jeeps.  My first car was a 77 CJ5 (which I still own), and my daily driver is an 80 CJ5.  Fun little cars that are work to drive.  My 80 has zero power anything.  Everything is manual, and it takes all my attention to keep the Jeep driving down the road in a straight line.  Easy to work on, and like Tereza and her car, Jeepers flock to one another when they see old iron.  I've owned a few Willys wagons, and one truck.  One of these days I'll get a little WWII flatfender and make it my daily driver.  So simple and elegant to my eye.

Gardening has become a huge hobby in the last few years.  I'm making yards of compost on site annually, and my entire back yard has become a big garden.  I produced at least 50% of my calories this year from my garden, and next year will be even better.

and drinking.  lol  Drinking beer is also a hobby of mine.  It cuts into the other hobbies a bit, so I've got to allocate less time to it, and more time to the others!


"The only winning move is to not play." Joshua