How do you mark plants/individual fruit for saving?

posted 1 month ago
I share a garden with my mother... its mostly my garden, though she helps out on the "big project" days, with watering, and picks things occasionally.

I like gardening with her, but, she picks my seed crops and i get incredibly frustrated. I see "seed crop" she sees "overripe, pick me now". No matter how many times we discuss it, she does not remember i like to save things for seed while she is out in the garden and sees something "getting too big". So she harvests them when they are too young to be seed and too old to be tasty.

Cucumbers, zucchini, beans, and peas are the things i have the hardest time with - anything that is prime edible when the seeds arent quite formed.

How do you mark things to remind collaborators NOT to pick certain things? i want to try a physical reminder for next year, as nagging is neither effective nor fun for either of us

posted 1 month ago
I don't have my mom in my garden much!

I use three kinds of labels, plastic tags cut from yogurt cartons, plastic and wire flags, and little paper price tags that have a string and paper that can be tied on.

I regret the plastic it leads to microplastic in my garden. I use a very permanent garden marker on the plastic.

Wooden tags and wooden stakes could replace the plastic. It might be nice to dremel or carve in the name rather than use a permanent marker with who knows what chemicals attached. That might be what I go to to eliminate the microplastic issue.

Seed saving is cultural. Largely what you are describing with your mom is a cultural shift you are trying to implement. My parents used to save seed by putting unused portions of seed packets in a jar and planting from them again the next year. Very little seed was just saved plant to seed in their generation. Your mom is in that same mind set where an overripe vegetable is starting to go to waste. Unfortunately I sometimes over save seed! I think sometimes I could supply the entire local seed library.

The Hidatsa culture as described in the book "Buffalo Bird Woman's Garden" had a leaf folding technique to mark seed squashes. This was understood by all the gardeners- that squash is for seed, ok, moving on. So basically what you are asking is how to get your mom on the same page as you in regards to seed saving. A large wooden stake that says in big letters "Mom Don't pick this one it is for seed!!!"?? Generally though just talking to your mom quite a bit and accepting that there will be mistakes and some conflict when two people share and collaborate on a garden. Still remember a squash that my mom and sister ate as a summer squash that I wanted for seed back about 2004 or 2005.

Western Montana gardener and botanist in zone 6a according to 2012 zone update.

posted 1 month ago
I use a strip of bright red old Tshirt and tie it round the plant/fruit I want to mark. it's only me I have to remind but it should work for everyone.

posted 1 month ago
Good idea, Skandi - i wonder if cotton yarn might work? I dont think i actually own a single brightly coloured tshirt.

William - exactly.  Cultural shift from " dont waste produce" to "keep seed for next year, it will grow better and we will get more food next year".  I grew up saving seeds exactly the way you describe, and if something didnt grow well, we just didnt try it again or tried a different variety and lived with it. We have had long dicussions about why i like saving seeds, but in the garden? I am going against 60+ years of habit.  So if i am not going to change her (looks like i wont) the question is how do i live with it so that i can get seeds from some of my more expensive projects (no viable zucchini or cucumber seed AGAIN this year, despite multiple attempts- this thread was inspired by the frustration of coming in and discovering she had picked the 4 large cucumbers that were my 3rd or 4th attempt at saving seed, from planting 4 varieties this spring to try and find a variety/landrace that would grow well for me, after discussing how we were NOT PICKING those large cucumbers 2 days ago, a week ago, 2 weeks ago, and multiple times through the summer) . I might try your stake idea, i already bought a 50 pack of wooden paint sticks to mark perennials with so they dont get weeded out in the spring.

posted 1 month ago
I am an amateur rose breeder, and often do a lot of crosses in my mom's rose garden. In order to keep her from deadheading the hips from my pollination, I bought a roll of the florescent plastic ribbon that's used for marking trees and flagging things. I just loop a small piece around the stem of the flowers I want to save the hips from and she (usually) sees it and doesn't deadhead that flower. I suspect that bright yarn or string might have the same effect.
S Bengi
pollinator
Posts: 3113
Location: Massachusetts, Zone:6/7, AHS:4, Rainfall:48in even Soil:SandyLoam pH6 Flat
318
I like...

posted 1 month ago
Even though you have explained to your mother what you think. It doesn't mean that she really believe and have the same views as you. But she might nod her head and say that she respect that you have those views but she is not really going to follow them for herself.

Alternatively she might not mind following your ideas, but she just forget, so you will have to come up with a system that makes it hard for her mistakenly harvest the ones you want to save. As others have suggested tagging the plant, with something red/caution tape/etc

posted 1 month ago
I understand wanting to leave the fruits of a plant on the plant as long as possible.  I also understand plant breeding.  So I am assuming this is what you want to accomplish.

You have been given some great suggestions.

I use paper bags.  This accomplishes several things.  It will keep other people from wanting to eat the best tomato on the vine. It keeps birds from picking at the tomato. It keeps bugs away.

I started using organza bags because I wanted to keep my milkweed seed from popping out and blowing away.

Here are some pictures I find on Pinterest that shows you what I mean: 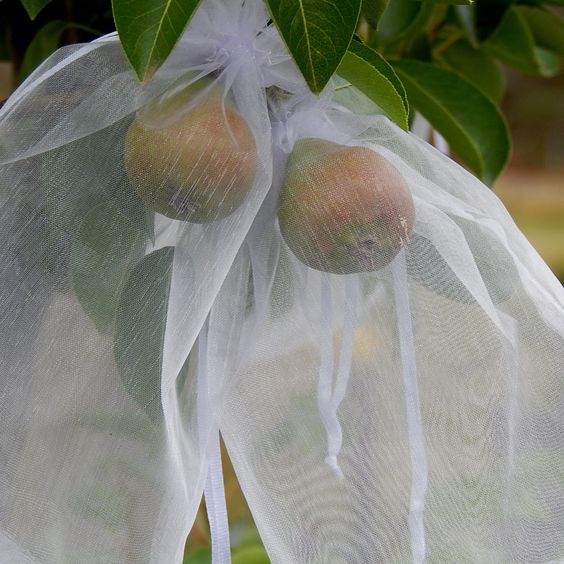 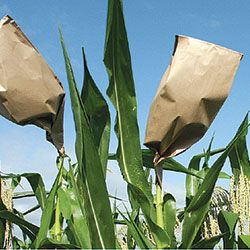 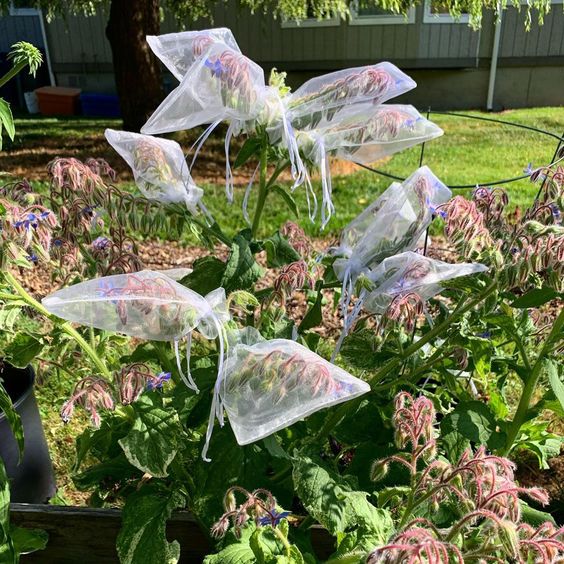 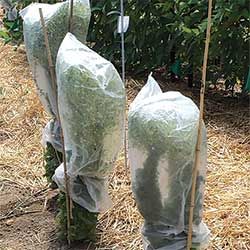