Sewing machines - buying to last a life-time (preferably one that already has!)

posted 2 years ago
When I visit my sister in Ontario, I often do sewing projects for her (she cooks delicious meals for me - fair's fair!) and I do so on my grandmother's sewing machine that was bought around 1950. It's a Singer and there's not a whole lot that can go wrong with it.

When I got married, my family bought me a little portable machine which was great for sewing dresses, but when I morphed into a "farm wife" it just wasn't up to triple reinforced knees on the boys pants, not to mention tarps...

We went hunting for an alternative as I didn't feel good about "abusing" a machine (it's been re-homed to a friend who promised to use it for its designed target jobs). This was the early 2000's and it was already getting hard to find a "basic sturdy machine". There were way too many bells and whistles and machines attempting to be all things to all sewers which worried me would result in reality of a machine that did nothing well.

The choice ended up being a Janome Decor Excell 5018. The dials are mechanical. There isn't a "Mother Board" (don't get me started on that topic - there's a place for computers, but many places where they're one more thing to break and be irreplaceable/unfixable/limited-lifespan) However, *much* more of this machine is plastic and already there's a problem in the plastic lever that allows me to do a back stitch. I'm gradually getting up the nerve to try taking it apart, but it may have to wait until winter.

So this thread is for people to discuss the sewing machines they've found that are sturdy, long-lasting, repairable and whose parts would be easy to re-build even if no longer available. I'm sick of the "disposable" attitude of humans and want to be able to read about machines that have already lived a long and productive life and yet are still willing to sew new seat cushions when I go to visit them (oops - I mean, "go to visit the sister they live with").

posted 2 years ago
My workhorse day to day machine is a Kenmore 385. My mom was going to buy a herself a new machine and give me her old one for my 19th birthday in 1982. She was at Sears, looking at machines, and the sales guy talked her into taking two demo models. So we each got a new machine, slightly different, and we have worked those puppies into the ground, and both still run beautifully.

I have had mine open a couple of times never had to do serious repairs on it. Weirdest thing it ever did was I was sewing and there was a loud CLUNK! inside of it. I opened it, there was a chunk of metal,  looked like a counterweight to something, but I could find no place it would go. I took it to a shop, he couldn't figure out where it came off of either. I have it someplace, labeled "the thing that went CLUNK!" in case I ever figure it out. Runs just fine without it. Other than that, I have rewired the foot pedal, and greased it, and I think that's it. Lovely, hardworking, solid machine. I highly recommend them, if you see one second hand, well worth buying. I have sewn miles of fabric, upholstered furniture with it, and abused it pretty hard, it still kicks along, works close to as well as the day I got it. 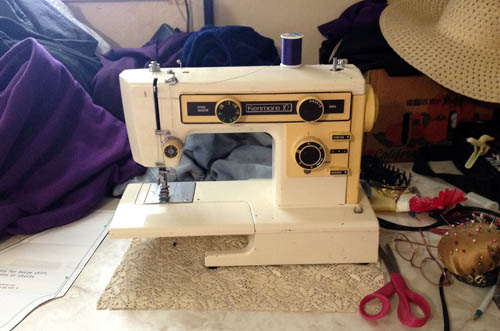 posted 2 years ago
It seems the Janome 712t has a pretty good reputation, but then again there's not a lot of competition in the treadle market for modern machines and maybe that's just what people use because it's their only non-electric option. I haven't used one myself, but I doubt there's many people wanting a treadle machine who would settle for a fu-fu light duty machine that needs repairs often. Definitely all electrical maladies would be ruled out.

The old iron workhorses from the early to mid 20th century were definitely built before the era of "planned obsolescence," and can be considered for all practical purposes impossible to wear out under normal use. I hear that many sweatshops in Asia are still using many of these old machines to this day. Even the little aluminum Singer Featherweight is known for being extremely powerful and dependable, especially compared to modern machines. There's a guy on youtube who rebuilds old singers with heavy flywheels and bigger motors to sell for upholstering and even leather work. People definitely had a dirrerent way of looking at tools back them. And to top it off, look at how beautiful they were. Beauty and toughness...most modern stuff can claim neither!

Niele da Kine
Posts: 75
Location: Zone 11B Moku Nui Hawaii
36
posted 1 year ago
I still have a '77 Kenmore which is a rugged machine that's sewn miles of fabric.  For awhile I was doing boat interiors and awnings with it and it handled that beautifully.  Then, at a yard sale, there was a Singer 401A in a beat up cabinet for $15.  I tried selling it at a little 'antique mall' that I'm part of for $50, but nobody was interested in it.  I'd later picked up a Singer Featherweight and decided not to keep it since it didn't have a zigzag stitch and while researching the Featherweight, I found out that the 401A is a solid metal direct drive machine so I took that out of the shop and tuned it up.  That's now become my 'go to' machine. 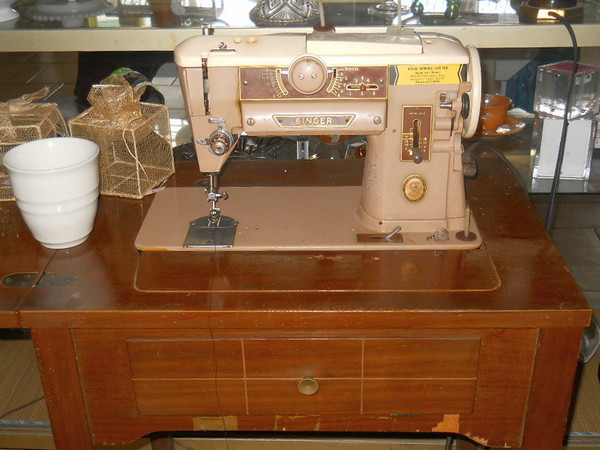 That's the 'as found' in the shop picture.  I'm glad it didn't sell. 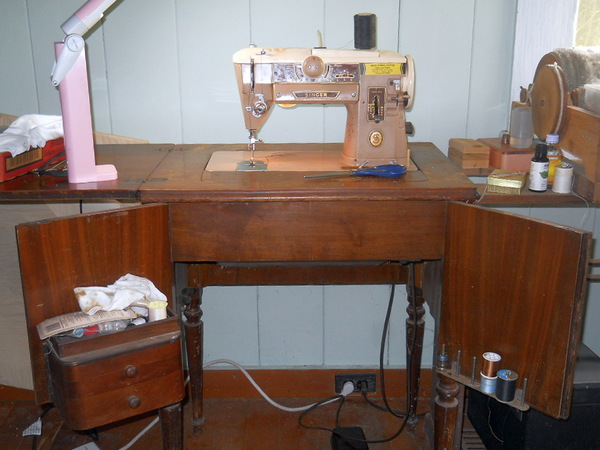 It's been cleaned, tuned and set into a different cabinet with more storage spaces.  The cabinet needed a lot of work, but it had been at a different yard sale for $10. 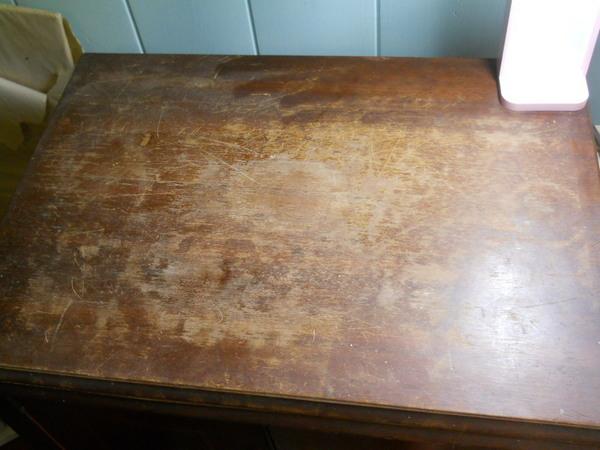 Singer Cabinet #47 as found at a yard sale. 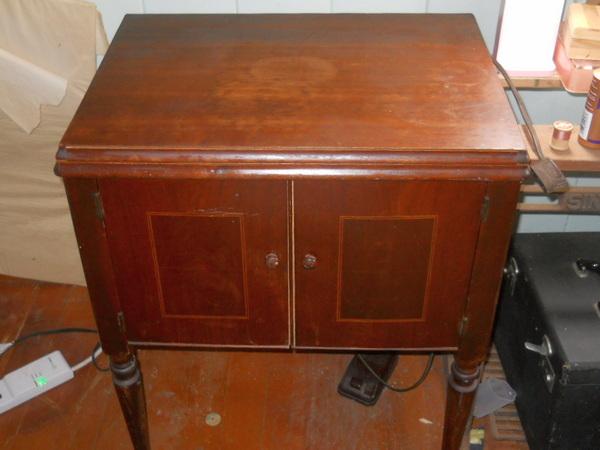 Same cabinet with "Howard's Restore-A-Finish" wiped on it.

So far there's $35 into the machine and cabinet.  A lot of times folks don't value these old machines even though there's some amazing machine work in them.

Just to add icing to an already sweet deal, this was found at our local dump about a year later: 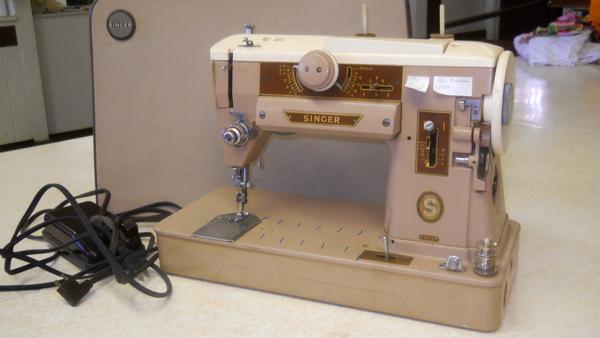 I'd just seen a sewing machine case in the metals bin, grabbed it and stuck it in the car to look at later since it was heavy (35#) so I knew there was a machine inside.  Imagine my surprise that it was a matching Singer 401A!  Perfect!  An 'at home' machine and a 'portable' machine.  At 35#, it has a small wheeled dolly to haul it around, but it sews so much better than new machines that it's worth the weight.

The machine at the dump hadn't been working since someone had installed a lever on the cam shaft incorrectly, but it was an easy fix.

Try looking at your local thrift shops, estate sales or sales from where the kids are cleaning out their parents or auntie's house.  To many folks, they're just 'an old sewing machine' and not worth much.

The only drawbacks to the Singer 401A is that it is a 'Slant-O-Matic' which means it's really easy to thread, but the feet aren't interchangeable with other Singers.  The bobbins are also just a touch bigger and thinner. 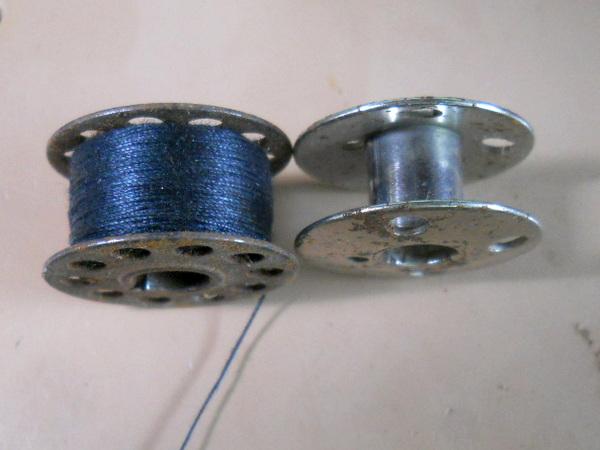 The 401A bobbins are the flatter ones with only four holes in them.  So, now I have to have separate bobbins and feet for the Kenmore (which uses Singer bobbins & feet) and the Singer 401A.  But, the 401A is worth it, it's a very willing machine and wants to get the job done, not fussy and persnickety like the cheap new machines.

There's a whole pile of mid-century mostly metal machines out there.  Find one with no electronics on it and as little plastic as possible.

Posts: 3859
Location: Upstate NY, zone 5
344
4
posted 1 year ago
I have a probably 1950s or early 60s Singer that I got from my little sister when she got a new one in the late 70s. (She must have gotten the original secondhand, I wasn't paying attention at that time.) It is butt-ugly, a square beige tank, but has done serious work for me, like sewing multiple Sunforger canvas tent roofs, and still works fine. It does not do any zigzag or other fancy things, but the levers give it infinite repeatable flexibility in its basic functions.

I also have my mother's Singer which I believe she got as a girl in the forties, a beautiful wasp-waisted black machine with gold pinstriping (and no discernible model number). She had it serviced and renewed in the 90s or so, and it still works nicely though I seldom have occasion to get it out (my wife likes it better than my big one.)

A couple of years ago I was picking up a homemade potter's kickwheel from an estate sale and noticed a sewing machine case in a corner - nobody had wanted it, and when I asked the owner about buying it, he said "just take it." It is extremely heavy, around 40 pounds more or less, and larger than ordinary machines. I haven't really looked at it but expect it would probably be good for my heavy jobs so I don't overtax my regular machine any more.
Pearl Sutton
steward & bricolagier

Glenn Herbert wrote:I also have my mother's Singer which I believe she got as a girl in the forties, a beautiful wasp-waisted black machine with gold pinstriping (and no discernible model number).


If you can find the stamped serial number (often on a small plate on the front or back of them) there are places on the net Singer Sewing Machine Serial Number Database where you can look it up.
If yours has no serial number, maybe this info will help others.

Posts: 3859
Location: Upstate NY, zone 5
344
4
posted 1 year ago
I have looked for a serial number and couldn't find anything that seemed like it could be it... maybe if I open it up there is some identifier inside the body.

I am away from the house now, will look at it and try to post a picture when I get back.
Glenn Herbert
Rocket Scientist

Posts: 3859
Location: Upstate NY, zone 5
344
4
posted 1 year ago
Here is the mystery brick :) It weighs 47 pounds. It is a Nelco model JA-38, with all kinds of fancy stitch capability including two top thread spool mounting spindles. It does run smoothly, though there is a sticking point when the needle is down that needs lubricating or something. When it is down at starting, the wheel needs a boost to start turning. I don't see any control that reverses sewing direction. There is a knob for stitch length. The selector seems to be stuck on doing zigzag no matter what I turn it to, or "reset".

I haven't yet been able to find information on how to use the controls. I bought what is supposed to be a pdf instruction manual for $10 from sewingmachinemanual.com , but it hasn't arrived yet.
IMG_2728.JPG
IMG_2729.JPG
IMG_2730.JPG
IMG_2731.JPG
IMG_2732.JPG
Glenn Herbert
Rocket Scientist

Posts: 3859
Location: Upstate NY, zone 5
344
4
posted 1 year ago
Hah! Looking at the pictures, I notice the "R" on the front of the stitch length selector knob. You can only reverse while pushing the button. I like my Singer where you set the stitch length by turning a screw wheel on the lever, then flip up or down for reverse or forward.
Rich Rayburn
Posts: 9
posted 1 year ago
Try a treadle powered sewing machine, such as a singer.
I feel most that you'll find are still fully functional and have already survived several generations of use.
We have two singers and they work great.