The History of Chicken Fried Steak

posted 5 months ago
I love chicken fried steak and since I am from Texas it has to be served with mashed potatoes and cream gravy. 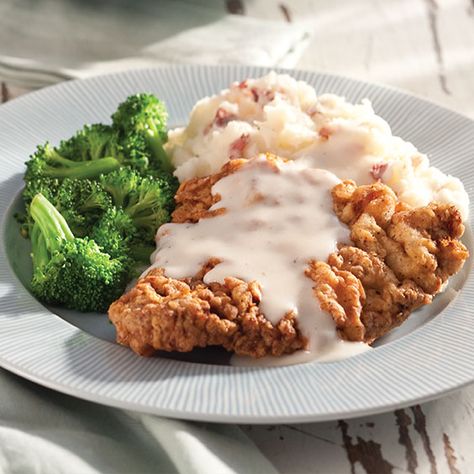 I have read several different theories behind how chicken fried steak came about.


Jimmy Don Perkins, a short-order cook in a cafe in Lamesa, Texas, invented the dish by accident in 1911. According to the legend, Jimmy Don mistook two separate orders, one for chicken and one for fried steak, for one strange request and chicken-fried steak was born.

Another theory from  https://en.wikipedia.org/wiki/Chicken_fried_steak says:


The Virginia Housewife, published in 1838 by Mary Randolph, has a recipe for veal cutlets that is one of the earliest recipes for a food like chicken fried steak.

Wikipedia also explains how to cook it:


Here is a tip I learned from the Wikipedia link: 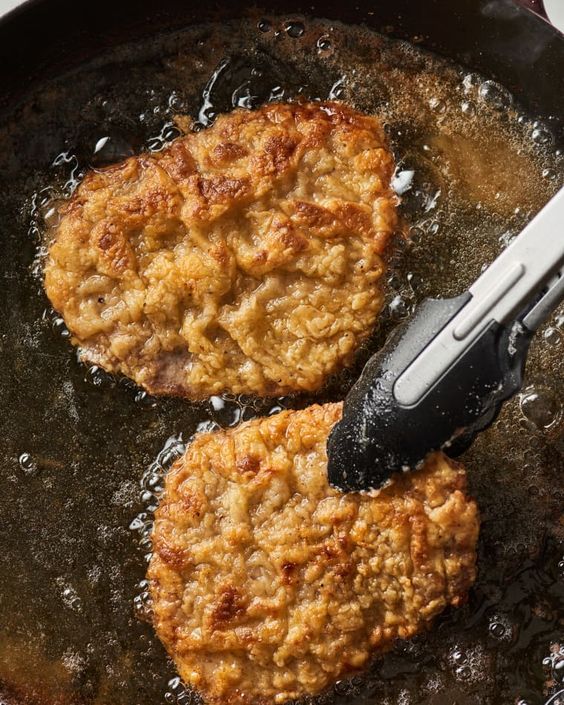 bruce Fine
Posts: 928
30
posted 5 months ago
I get it, you just want me to salivate all over the keyboard.

I always thought it came from good ole soul food cookin.  twice cooked meat meat was breaded and pan fried and going goes to waste so far dripping made into gravy, then smothered over meat and don't forget the biscuits to sop up all that gravy.

I would bring bags of fresh caught turtle meat to an expert soul food cook and it was the most fantastic meal when she was done cooking.
bruce Fine
Posts: 928
30
posted 5 months ago
lets put it this way, it was passed down from grandmother to mother to daughter long before it was ever written down. plantation owners gave it a try and adopted it as theirs
bruce Fine
Posts: 928
30
posted 5 months ago
you can go way back and look at the history of schnitzel but I don't think anywhere in Europe except maybe France gravy was involved. but I'm no expert just drawing on my own personal knowledge.
Mike Barkley
gardener & hugelmaster

posted 5 months ago
Oh yea, CFS is a food group all it's own!!! I think cream gravy & mashed potatoes are mandatory. Unless it's for a breakfast sandwich & the potatoes are optional then.

posted 5 months ago
Mike, you said the magic word: Sandwich!

I haven't had a steak sandwich in I can't remember when.