He says it is wild Ginger. I say he’s crazy. Who is right?

Barry Silude
Posts: 27
1
posted 6 months ago
Got these from a pal who insists they are wild ginger / culinary plants.

Doesn’t look like it to me. Anyone able to weigh in? (Zone 7b)

(Yes, my hands are filthy. Been digging raised beds and transplanting all day) 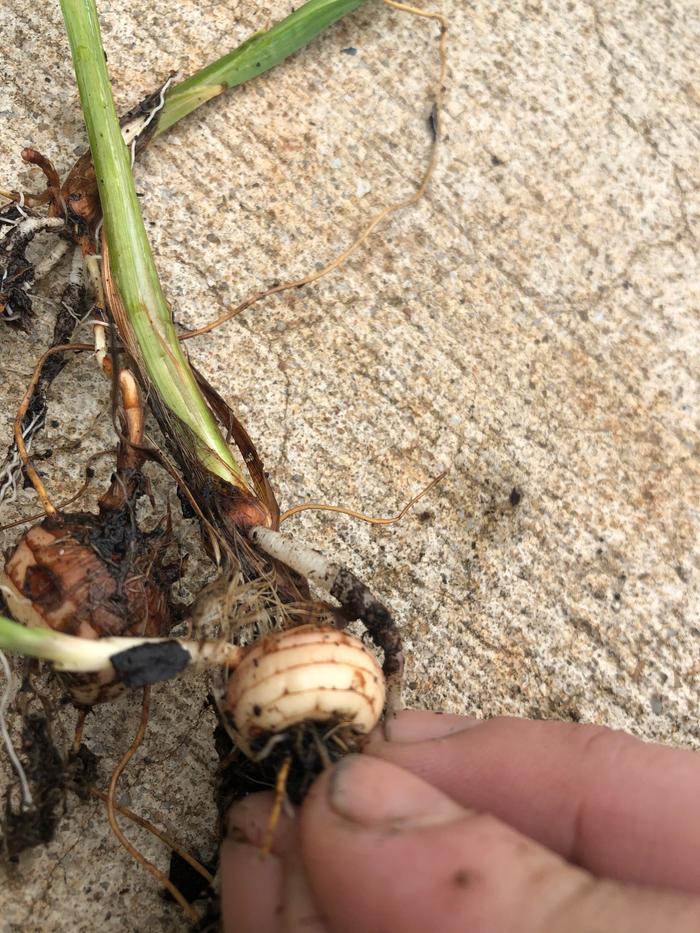 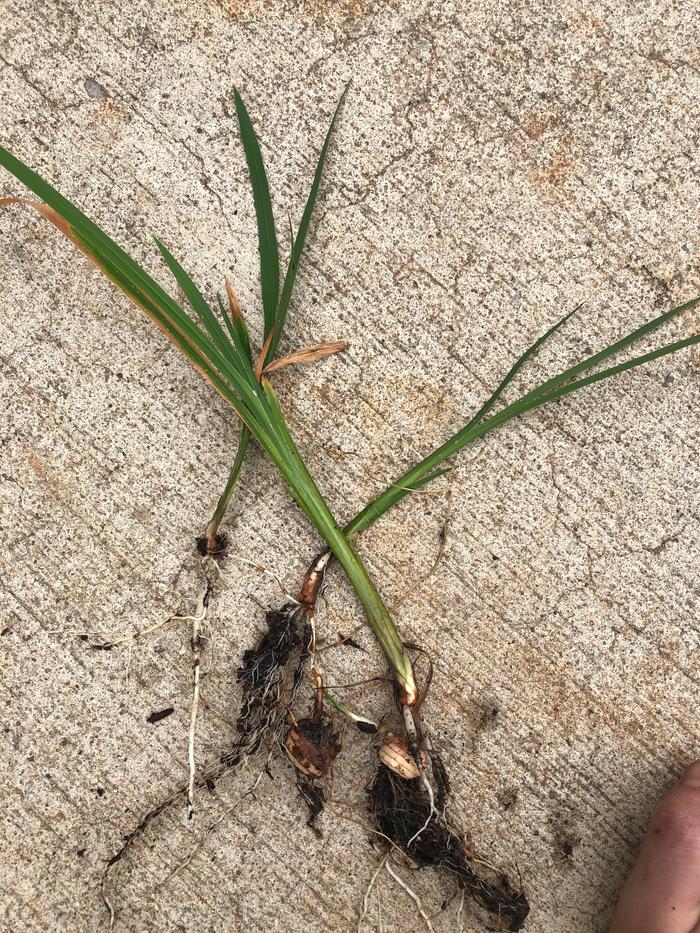 posted 6 months ago
That's not Asarum canadense L. (wild ginger). I've seen that plant before but the ID escapes me at the moment.

Louisville, KY - Zone 6b (near border of 6a), Heat Zone 7, Urban habitat
"Si hortum in bibliotheca habes, nihil deerit." [If you have a garden and a library, you have everything you need] Marcus Tullius Cicero in Ad Familiares IX, 4, to Varro.

posted 6 months ago
I should also ask where you are located.

Louisville, KY - Zone 6b (near border of 6a), Heat Zone 7, Urban habitat
"Si hortum in bibliotheca habes, nihil deerit." [If you have a garden and a library, you have everything you need] Marcus Tullius Cicero in Ad Familiares IX, 4, to Varro.

posted 6 months ago
I agree with Echo.  Those are not any like like the plant I know as Wild Ginger, in the US at least.  Wild Ginger is not a lily.  It also has a heart shaped leaf.

The leaves you show look like crocosmia to me.  Can you let some flower?  That will tell you what you need to know.   Crocosmia has tubers where some of them will be covered by a brown "skin" layer, but underneath I think they look like that.  HEr eis a website with some of the tubers dug up: Examples of crocosmia corms

No matter, I would not taste those.  There are some very powerfully toxic plants in the lily family, so please do wait until you see it flower and can positively ID it.

This is what the flower looks like, it comes in red and orange, and a shorter one and a taller one.  It has naturalized in many milder climate areas, like the Oregon Coast.  And like the author notes below, it's super deer resistant.  Plus hummingbirds love it. 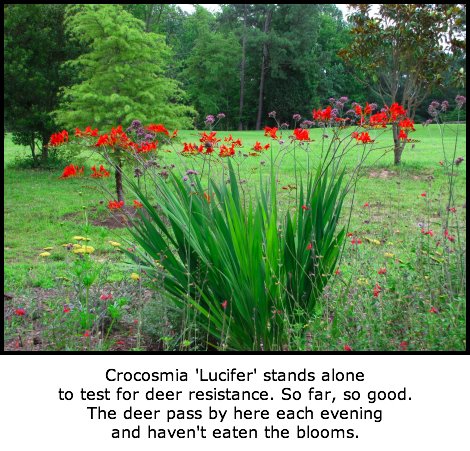 posted 6 months ago
It's nothing closely related to ginger they all seem to (from a web search) have the long rhizomes that we recognise from ginger/turmeric no idea what the plant may or may not be, wait for it to flower, but possibly contain it to a pot in the mean time as things with corms like that are often very invasive!

As a little note Asarum Europæum and to a slightly lesser extent Asarum canadense both known as wild ginger are both poisonous and should not under any circumstances be consumed at home. (that plant is not them)

And Kim. I have photos from Scotland of roe deer loving montbretia flowers they ate the entire lot!

posted 6 months ago
Those are not wild ginger.
I have that plant in my backyard. It has tiny white flowers, and tubers and the leaves are like a bit like grass+chives but no garlic family smell or flowers.

Skandi Rogers wrote: And Kim. I have photos from Scotland of roe deer loving montbretia flowers they ate the entire lot!

That's fascinating, Skandi!  On the west coast of the US, the deer and elk don't seem to like them at all.  They are such a reliable landscape plant.  It's one of those plants that has become so plentiful in people's gardens that some call it invasive.  I would say it is highly vigorous.

Regarding Asarum species and toxicity, in traditional American herbal medicine and herb use for flavoring Asarum canadense and Asarum caudatum rhizomes are used internally.  Some people do react to parts of the plant, though.  I think this may be a bit like elderberry, where some people can eat all the colors, others only the dark purple variety, others can't eat the red (I've become dramatically nauseated from eating a couple berries) but can the blue, and some can't eat any.  It may also be where the plant is grown.

Here is a very interesting article by an herbalist from Minnesota. She talks about the wild ginger controversy in depth:

And another article, this time from wild harvester Hank Shaw who also goes into it:

And this is the Green Deane article about it. In the comments at the bottom, some people reported being made quite sick from eating the leaves.  That's not the part I was taught to use (only the rhizome/roots), nor the way they used it (they ate leaves in a salad), which may be one of the issues they had.  The other person made a strong tea, but didn't say what part he used.  Some people just might also be more sensitive than others, though:

I post this because the plant does have really good herbal uses internally.  But it's definitely an herb to be careful with.

Kat Ostby
Posts: 23
Location: Southwest Wisconsin: Zone 5b: Clay bottomland soil near a river
7
I like...

posted 6 months ago
You're right-as already stated. And he's crazy. I'm wondering how he's going to react to the "I told you so." ;)

and Thank you to Kim for all the links! I had read years ago that Wild Ginger was not used herbally because it was unsafe, and didn't really question it then. Earlier this year I found out it is still being used and am quite excited by that.  I especially appreciated the article "Wild Ginger: A Love Song to a "Toxic" Plant", very well written and informative.

Barry Silude
Posts: 27
1
posted 6 months ago
Thanks for the feedback folks.

So...any idea what it IS?
greg mosser
pollinator
Posts: 325
Location: the mountains of western nc
80
I like...

posted 6 months ago
i agree with what was said earlier - it's likely crocosmia.