I debated how I would write this post and decided I would write about several different categories. I am basing my opinions off our current American Guinea Hogs versus the commercial pigs we raised several years ago.

I have enjoyed these pigs. Our big boar is the kids favorite. In fact, they petitioned heavily for his continued existence on the farm. He’s gentle with the kids and with other animals. I have no fear of him attacking anyone. Though I should say that my husband and the pig hate each other. We had two sows who were calm and easy to work with. The third was not as great. She did make some half-hearted efforts to bite me several times. The babies have been pretty easy to handle. They’re friendly but don’t particularly like to be touched.

They are easy on the fences and most everything else around. I have had to reinforce a few spots but that is mostly from separating the boar from the sows. He made a pretty good effort in the beginning to get back to them, then his lazy nature won out and he hasn’t tried since.

This is highly variable I’ve found. Our boar is approximately 350lbs. The sow we bought with him was around 250lbs. We bought two other sows and they topped off at around 170lbs each. Their kids are still quite small at 8 months of age. I was really hoping they’d grow like their Dad, but it isn’t looking like it.

The smaller size is nice when handling them. They are still all muscle but we were able to shove them onto the horse trailer without too much effort. This may also speak to their temperament.

The cold does not appear to bother them once they are grown enough to be weaned. Like all other pigs they cannot handle the cold while piglets. They have thick, long black hair that keeps them cozy with minimal effort on my part. The downside to this being that scraping and skinning involves A LOT of hair. It’s everywhere at butcher time.

I think this probably equals out to a commercial hog. I don’t feed them anything from Spring to Fall. They graze the property with the occasional table scrap snack. They get FAT on grazing alone. However, I feed during the winter. As these pigs have to be kept for a longer period of time the feed input probably equals out to a heavily fed, short duration commercial hog.

They are delicious. Some of the best tasting meat we’ve ever had. Even considering that one of them was 3 years old the meat is just perfect. It isn’t tough. The flavor, again, amazing. HOWEVER, and this is a big however, the quantity leaves something to be desired. Check out this pork chop. I laughed so hard. Once you cut the fat off these pigs there just isn’t a whole lot left. We did get a ton of lard and we’ve been cooking with it. It adds great flavor to everything. Husband has been joking that we’ll be out of pork by the fall, and we killed 6 pigs. It may not be a joke, we really might eat it all by then.
Guinea Hog Pork Chop
92360083_10158105680823633_1045142805007040512_o.jpg 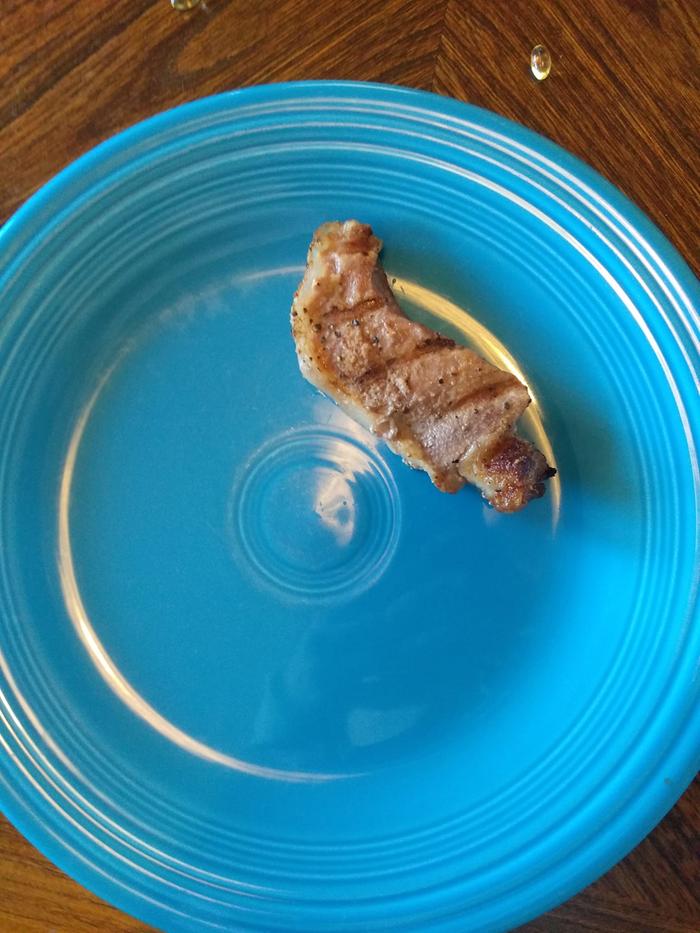 posted 9 months ago
Excellent Post Elle;
Thank you! That was well written and very informative.
I did learn one important thing!  Unless I want lard ... do not raise American Guinea hogs!
I'm still chuckling over that pork chop... are you really sure that wasn't an extra large guinea pig???
download-(23).jpg 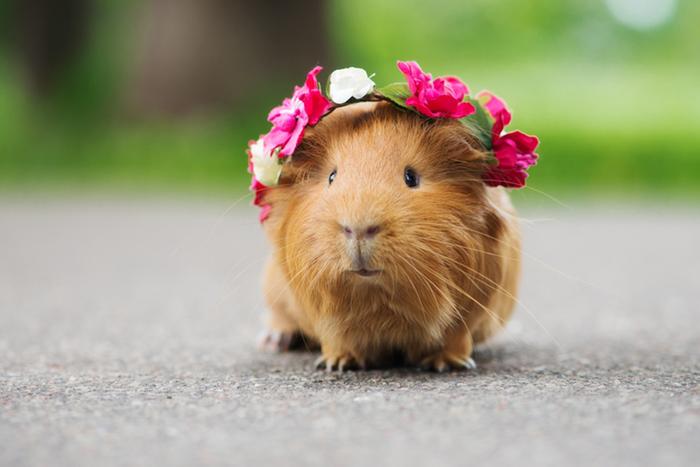 posted 9 months ago
I love posts like this one.  We are talking about getting a couple pigs to help with garden areas and pond building.  Since I don't butcher my animals, they will be pets as well.  That said, their temperament is paramount for us.  I like hearing first-hand accounts from people that have raised different breeds, so thank you for that.

posted 9 months ago
My husband pointed out that like whales it's probably their fat keeping them warm and not the hair, lol

posted 7 months ago
Just a wee bit of an update to my review.

We've killed a few more- one particularly mean one. He fit on the smoker perfectly.

The taste. Did I mention the taste before? It's just amazing. Seriously the best pig I've ever tasted. We've given people some and absolutely everyone comes back telling me it's just delicious. These pigs are SOOOO TASTY!!!