Cow feed as a base

posted 1 year ago
I'm on a dairy. When we feed you scrape the moldy silage(feed) aside. This accumulates.... I took rmthe loader and brought several buckets to my house and made a row then scraped some dirt and put about 6 inches on top... Thinking more along the lines of straw bale garden than anything else... How ever you define it is up to you but it worked great 👍... If you have a truck and live near a cattle operations they would like load you for free if you simply ask... It make a great mulch as well. When I moved in the yard had NO grass. I burned it off and brought in about a 10-12 inch lift and watered it for a week so it would compress down. Then Tilled it in... Big mistake! now the grass wont stop growing... I have to mow ALL THE TIME.LOL

It is better to be kind than right.

posted 1 year ago
You are indeed right, it is the best stuff ever. Kind of like wood mulch in that it is chopped up fine, but better because it is grass!

On our dairy farm we used it for compost, We would take the dead cows and then put a layer of that over them. In two months time only the femur bones were left.

Incidentally, it was working with silage that I realized how warm compost gets, and realized it could be used to heat my home. I did a lot of research on it, and concluded in my radiant floor home, it would indeed work. I have never done it though as it was easier to just cut firewood, but for many people it is a very viable option. 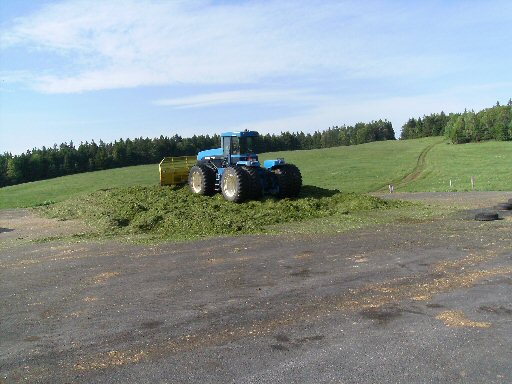