Pushing the zone in a new zone

Julie Williams
Posts: 24
Location: North Central Florida, subtropical zone 8b
posted 3 years ago
We bought our farm 2 years ago, moving from Maryland(zone 7b) to North Central Florida(zone 8b/9a). Of course, one of the first things I did was build a garden - slightly raised beds built with trench composting of food, sticks, yard debris, rotting logs, manure and anything else I could get my hands on. I planted tons of perennials that are doing great - elder, blackberry, blueberry, ginger, turmeric, sweet potatoes, herbs, etc.

Annual stuff, however, is giving me fits. Back in Maryland, I could grow beautiful tomatoes, squash, beans, potatoes, spinach...you get the idea. I was able to put up enough veggies and sauces to get us through winter.

Florida, though...last year, I concentrated on the structural/perennial plants. They did so well that I decided to move on to annuals. I followed the zone-specific planting guide from Mary's Heirloom Seeds. FAIL. I got a handful of beans, a couple tomatoes, a few carrots. The squash bugs feasted on yellow squash, zucchini, pumpkin and various winter squash varieties. I fought off the army worms so I could keep some of the greens. I got a few, but not nearly as much as I planned. Potatoes did okay, but I had to pull them early because of the bugs.

WE HAVE NO WORMS. Even with the new, better moisture retention, worms are non-existent in our area unless you build a worm box and order them in.

The "cool weather" crops like kale, collards, cabbage and asparagus are flourishing. In July, when a good temperature description is "sauna stoked by hellfire." So are the Roselle and sunflowers, which are heat lovers. My Everglades tomatoes are fruiting to beat the band, but they're tiny so I'm not going to can them.

My garden seems to be bipolar.

So I've decided to throw everything at the garden and hope something sticks. This morning, I put in seeds for pumpkin, winter squash, peanuts, tomatoes, peppers, cucumbers, bush and pole beans. Tomorrow I'll throw in some more cabbage, kale and collards, along with beets, turnips, carrots and whatever else I find in my stash of old seeds.

I called this post pushing the zone because the only things I'm supposed to plant are tomatoes, peppers, cucumber, pumpkin and Southern peas. 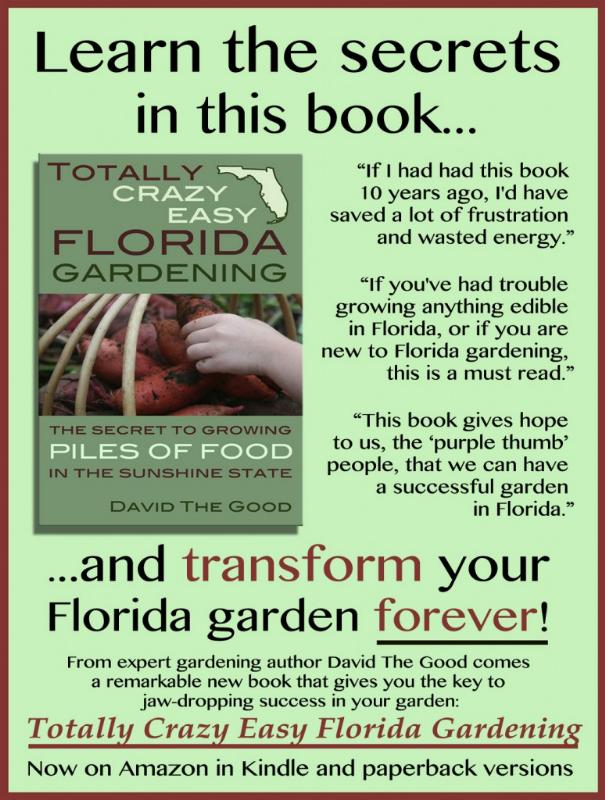 It's just so weird to me that the winter vegetables are doing better than the summer ones.