Posts: 856
Location: South Puget Sound, Salish Sea, Cascadia, North America
15
posted 10 years ago
I have been experimenting with grain corn. We have a short season, and so corn did not (or does not?) field dry, but rather was husked and dried indoors. It is hard to remove from the cob (its a short season open pollinated variety called 'Painted Mountain'). Any suggestions for efficient ways to turn dried cobs into grain for grinding?

Shawn Bell
Posts: 156
posted 10 years ago
Paul, here is a method that I found on the Mother Earth website. It is a board with a hole and some nails.

Carina Robicheaux
Posts: 35
Location: Oregon Coast Range zone 8b
posted 10 years ago
They also sell metal collars made for this called corn shellers. Southern Exposure Seeds sells one for $10 and it looks unbreakable. I haven't tried them. But I have grown 'Painted Mountain' (BEAUTIFUL! impressive vigor and yield) and shelled it by hand. It was much easier to do when the corn was thoroughly dry. We have a shelf around the perimeter of our living room about 1' from the ceiling. It's a fantastic place for drying things since the wood stove is in the same room. After about 3-4 months on the shelf the corn was pretty easy....a kind of opposing twisting motion with both hands on the ear, gentler at first to start loosening 'em up. Then they roll right off. It took us about 40 person hours to shell 60lb kernels. (not all at once, mind you, but a couple hours a night sitting by the fire watching the rain) 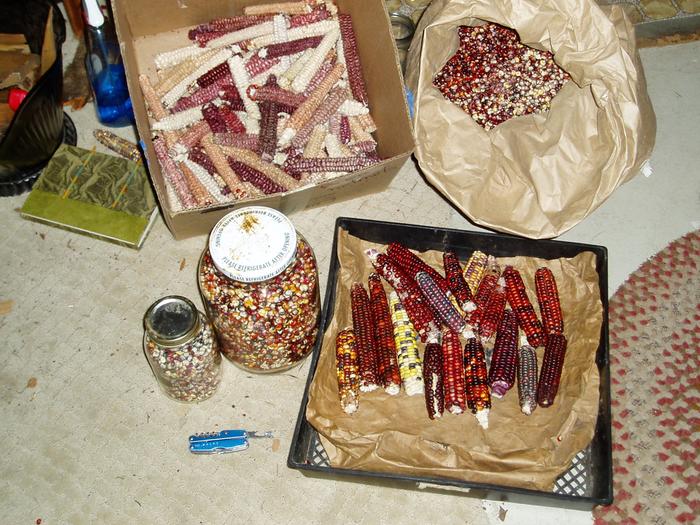 You can't fight the waves but you can learn to surf.

Carina Robicheaux
Posts: 35
Location: Oregon Coast Range zone 8b
posted 10 years ago
Oh yeah...I used the bottle opener on my Leatherman multi tool to get any tough ones started. I know these folks. They wouldn't sell it if it didn't work;
http://www.southernexposure.com/sheller-corn-supply-p-198.html
Still, I'M too cheap to buy it when I can drill a hole and pound some nails for free. I wonder if the board could be put atop a bucket and the tendency of kernels to fly around wildly would be minimized.....?
I can't believe anyone used spent cobs to wipe with! They can be SHARP!

Thank Gaia I live where there's LOTS of moss.

You can't fight the waves but you can learn to surf.

Alison Thomas
pollinator
Posts: 933
Location: France
10
posted 10 years ago
Totally agree on the totally dry bit. This has been our first year to grow corn and we couldn't eat them all as corn-on-the-cob fresh so we cut them all off in September and brought them indoors in their papery husks to await a decision on what to do with them. I decided to have a go at turning them into corn flour. So last week we had a go at de-husking them (fine) and getting the kernels off (only part fine!). Some were easy to just do the twisting action on - those that had been at the top of the basket - and others weren't budging. I figured that those at the top of the basket were drier, and indeed you could tell. The easy ones' kernels were all dry and kinda shrivelled looking whereas the others were still nice and tight together on the cob. So we left the non de-kernelled ones next to the wood-burner for two days and hey presto, they're now all done. Easy-peasy and no tools.

We didn't grind it all at once as I've heard that it tastes better if it's freshly ground and maybe that's true as I had some store-bought corn flour to make our first cornbread and no-one liked it (it went to the pigs).
Erik Lee
Posts: 104
Location: Zone 6 - Missouri
6
posted 10 years ago
Just a slightly off-topic reply, but the reason it tastes better fresh is that corn has a lot of oil in it, and when you grind it that oil gets exposed to air, which causes it to quickly go rancid. You can slow the process down by keeping it in an airtight container in the freezer, but all in all you're better off just grinding it as needed. I had a bag of masa (nixtamalized corn flour) from the store that I guess had been sitting for a while, because I used it to make some tamales and the rancid oil in it made them taste really nasty.

Permaculture will save civilization: http://www.human20project.com

Alison Thomas
pollinator
Posts: 933
Location: France
10
posted 10 years ago
Sorry for continuing the slightly off-topic thread but yes, it's the same with wheat. Wholemeal flour (if it's really WHOLE meal) has the germ in it and that has wheatgerm oil in it and that apparently starts to go rancid after 45 days! That's why over here when you buy wholemeal it's actually had all the germ sifted out then bran added back in so it's not really real but lasts longer on the commercial shelf - sigh. That's why we got a grain mill so that we could appreciate the true wholeness of grains, be that wheat, buckwheat, rice or corn (so far).
Philip Freddolino
Posts: 53
posted 10 years ago
I grew painted mountain myself and got a pretty good yield. I found an antique corn sheller on E-bay that works great! It is the hand crank type made in the 1890's and cost me $60. The same design of sheller is sold new at Lehmans for $260. I laughed out loud with delight the first time I used it because of the way it spits out the cleaned cobs as fast as I could feed the corn in.
Joseph Lofthouse
steward

Philip Freddolino wrote:I found an antique corn sheller on E-bay that works great! It is the hand crank type made in the 1890's [...] I laughed out loud with delight the first time I used it because of the way it spits out the cleaned cobs as fast as I could feed the corn in.

This week I repaired and refurbished a corn sheller that got broken during transit from an eBay seller. It was made about the same time. I also laughed with delight about how easy it was to use compared with the other methods I have tried. It was soothing to use: Like meditation. I admired the humanity of it. It didn't have some damned machine motor whining and buzzing at me. Plenty of danger about it with the teeth all exposed, and pinch points. But it was human scale, intended for thoughtful human use.

Since it is cast iron, I coated it with oil and baked it in the oven for a glorious lacquer finish. That saves me worry about poisoning my food with paint chips. 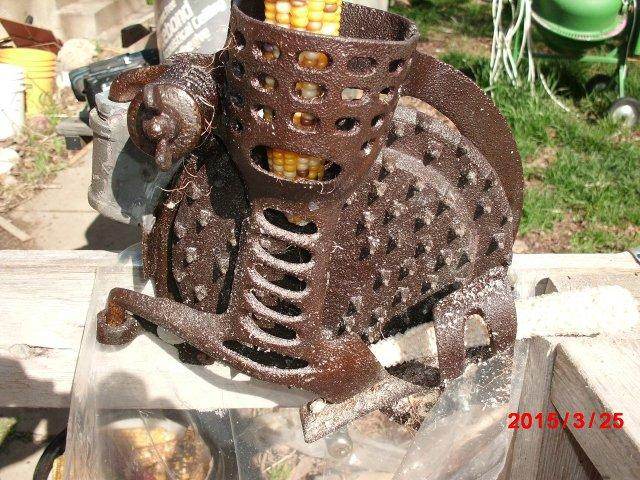 I shelled about 20 gallons of seed. Including popcorn, flour corn, and chicken food. 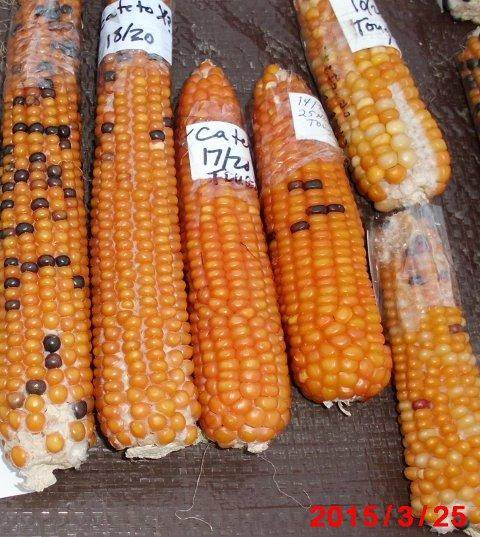 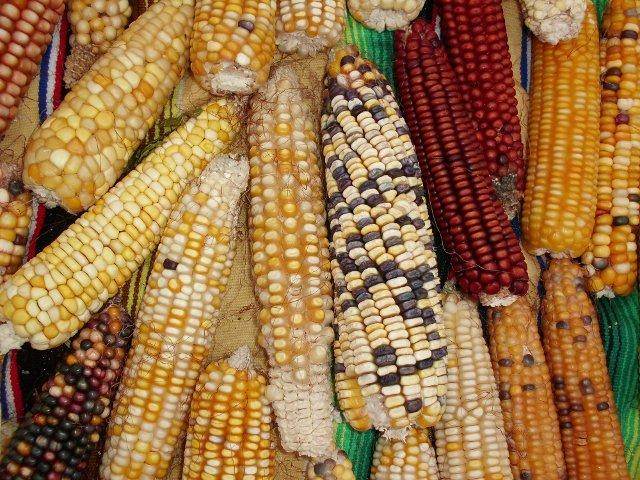 Alan Bowen
Posts: 14
posted 7 years ago
I do it this way.
This is only one of my three two hole corn shellers.
I can crank them by hand or power them like this video shows.
It was built between May and December of 1892.
I did a little research after I put that video up.
I also have one almost just like it that was the model they started making in December of 1892.
They started making this model in 1886.
It would have been a mill or a very progressive farm that had it.
It is interesting to me that both of them that I have were found on farms within 12 miles of where they were built.
The third one I have is a later model that just drops the corn out the bottom and the cobs go out the back.
I use this type at a show because of all of the Monkey Motion as I call it. They are just a better display.
The slightly newer one is what I will use here at home.

Joe Braxton
Posts: 320
Location: NC (northern piedmont)
15
posted 7 years ago
Not sure I recommend this fellows method, but it is fun to watch....

Alan Bowen
Posts: 14
posted 7 years ago
Very cute but in the time it took him to do that video my sheller would be happy to shell 140 pounds of corn.
paul wheaton
master steward

Alan Bowen
Posts: 14
posted 4 years ago
I have three or four of these cast iron corn shellers, Paul and yes they are that easy to use. If you would like to go through two bushels of ear corn every minute my engine driven sheller is great for that.
Lindon Rose
Posts: 6
1
posted 3 years ago
Man, I gotta get me one of those!  I've been shelling my Painted Mountain corn by hand for seven years now.  I never knew such a device existed.