Damage control: Did I screw up by adopting wild duckweed?

posted 1 year ago
I built an aquaponics system on the cheap a few years ago, and it's been working well, and improving each season. A few feet away is a stock tank that my sheep and goat drink from. About a month ago, I noticed mosquito larva in it, so I netted five minnows from the aquaponics and put them in the tank. The larva disappeared, and I've been feeding those minnows the same flakes I've always fed my goldfish. Every day, all five came up to eat.

About two days ago, I was hunting for cattail to put in my growbed. I checked a place I know that floods all the time, and stays flooded. I struck out, but there was about ½ an acre of duckweed, and a bunch of it was floating above the road. I wasn't prepared, but I found a cup someone threw out, filled it with duck weed, tossed a little water in it and took it home. I put some in the stock tank, some in the aquaponics tank, some in a bucket of water, and a tiny bit in the grow bed. (That bit died during the drain part of the cycle.) The next day, I had to pass my duckweed plantation again, and I was all about the six Ps. (Proper prior planning prevents poor performance.) I loaded my telescoping pool skimmer net, a clean five quart icecream bucket, and an old measuring cup to dip water with. I put more in the stock tank, until I had a good solid mat across the surface. I tossed the rest in the aquaponics tank. There are a few good mats in there, but a lot of the water surface is still visible. The next day, (today) I went out to feed, and four of the five minnows in the stock tank were dead, on top of the duckweed. Something crawled off of one. I think it was a leech. Everything was filled with well water (which doesn't have leeches) so any leeches came with the duckweed. What's done is done, but I want to learn the lesson while my aquaponics fish are still alive. Are leeches likely to kill minnows? Did cramming that much duckweed in cause a problem that I could solve by reducing the density? How can I be sure I'm not gonna kill the other fish? Maybe the die off isn't related to the duckweed, but the timing is awfully coincidental. I'd appreciate opinions or guidance. 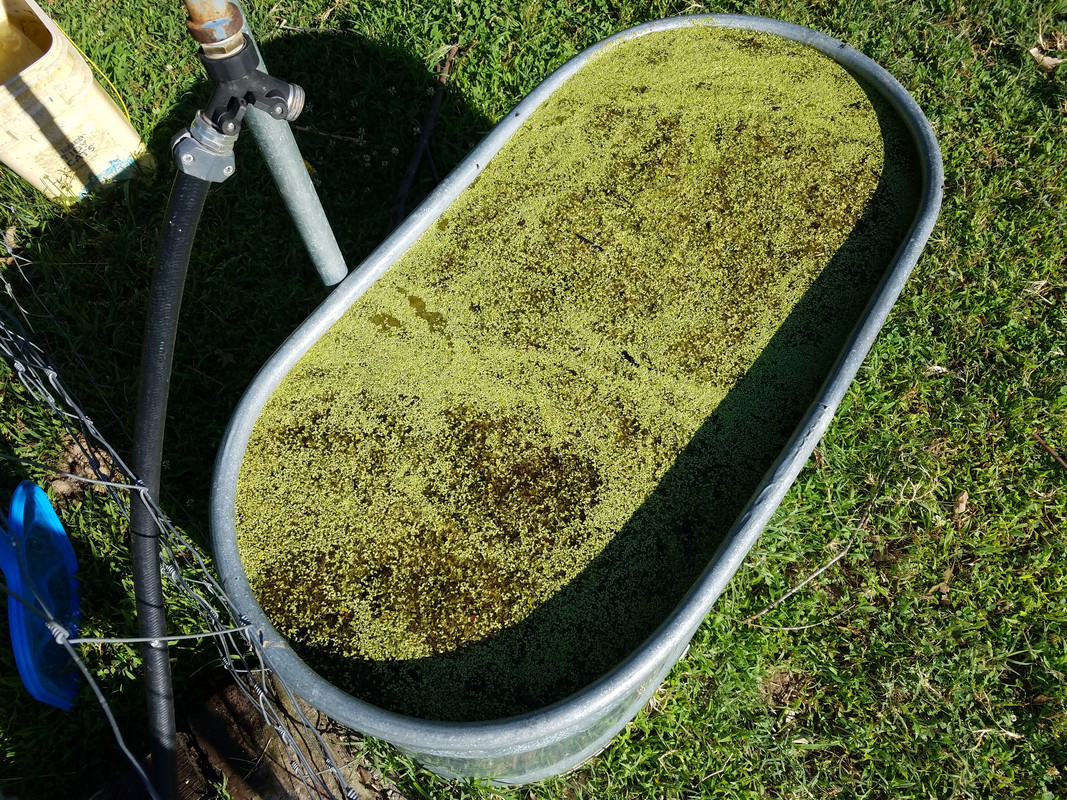 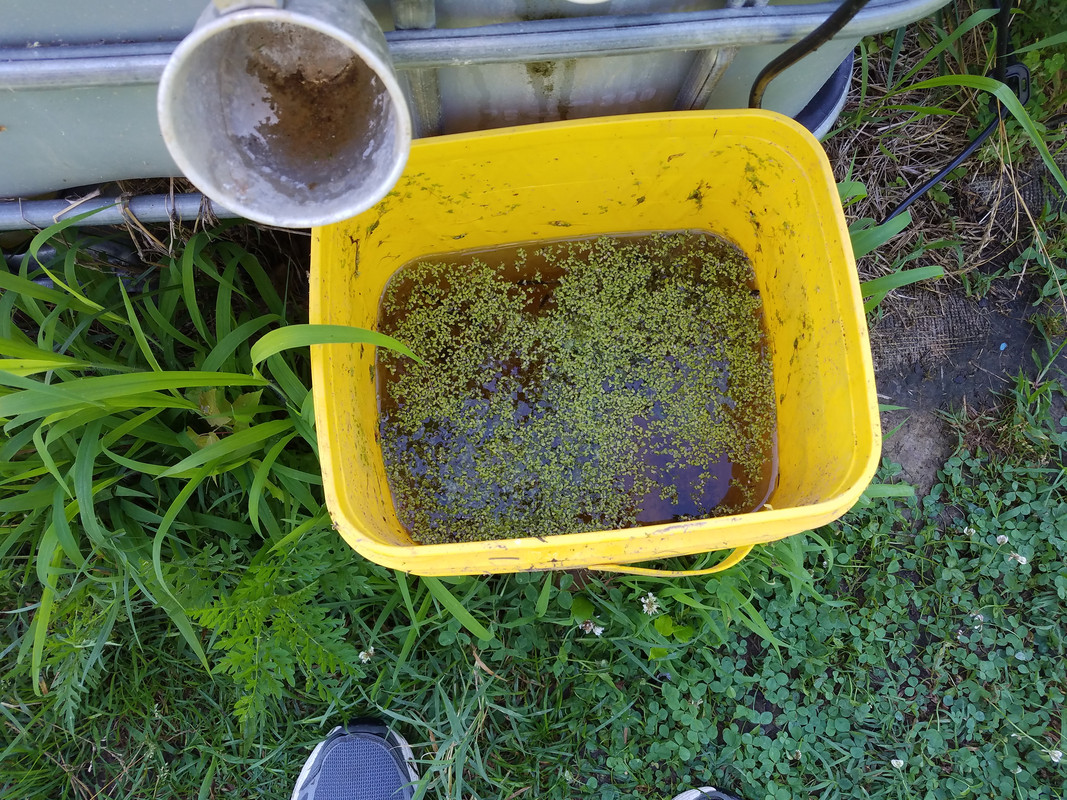 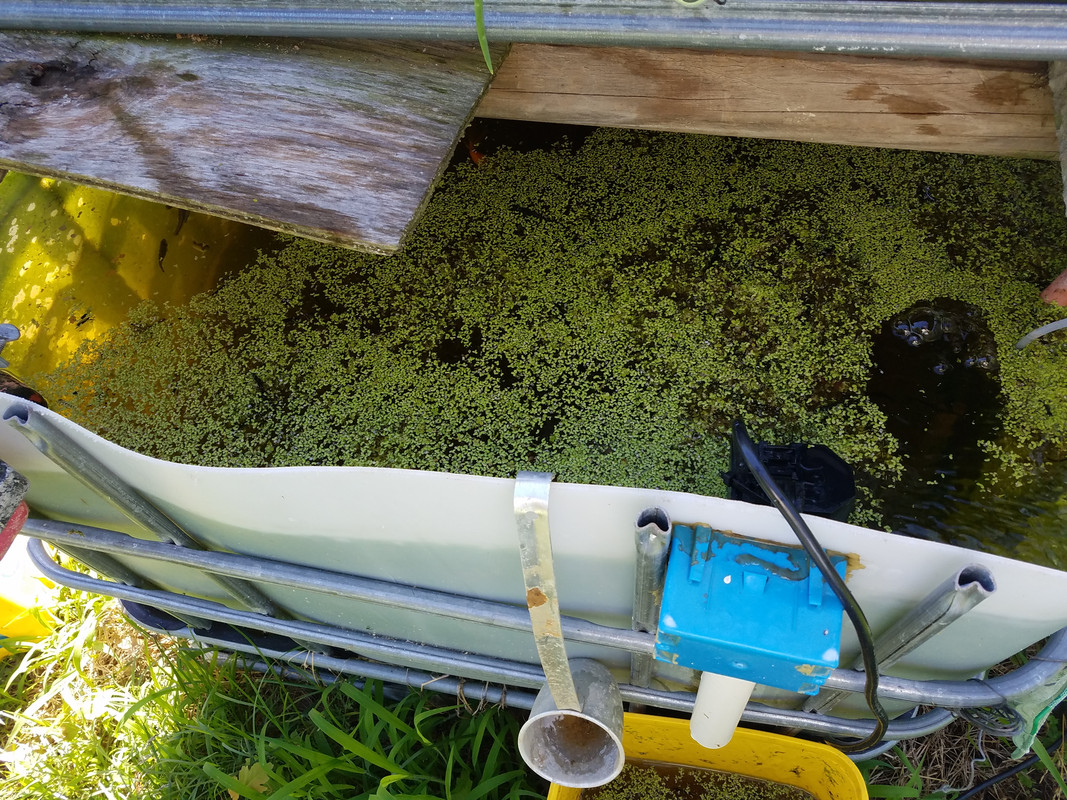 posted 1 year ago
I had not heard of leeches killing fish but now I must follow this thread to find out if that's possible.

Posts: 5264
Location: Cache Valley, zone 4b, Irrigated, 9" rain in badlands.
1943
posted 1 year ago
I wonder if the duckweed interfered with oxygen availability?

I had thought that since plants make oxygen, that wouldn't be an issue. I guess that's probably not how that works. They can only oxygenate so fast, and some of the oxygen they produce would go upward, away from the water. In the mean time, I've densely covered the surface where gas exchange normally occurs. So interference is probably possible. Maybe I'll thin it before stocking with fish again.

Charli Wilson wrote:Any chance of pollutants in with the duck weed?

posted 1 year ago
I don't have a serious aquaponics system (yet) but I do maintain goldfish in garden water barrels to eat mosquito larvae and condition the water to make it better for watering my plants.  I find it works enormously well.   Rural water system water out of the tap doesn't seem to make my plants thrive anywhere near as well as living water from a container full of fish and aquatic plants.  (Most barrels also have floating primrose willows, which are an aquatic plant I also found in a roadside pond that offers shade, cover from predators, and habitat for tasty bugs for the goldfish to hunt.)

My goldfishies purely love duckweed.  In fact, that's typically how I can tell that the goldfish are healthy in any given barrel: they keep it utterly clear of duckweed.  I have to bring it to them from other containers where I don't have fish.

Sadly I don't have any good idea what may have happened to your minnows.  In case it helps somebody else who is bringing home wild duckweed and adding it to their systems, what I did was scoop up just a bit from a roadside pond (in somebody's littered drink cup, just like you) and brought home just that little sample.  It grows so fast under good conditions, I just let it explode in a couple of my water features, and from there I shared it gradually into active inhabited containers.  Now I can scoop up a double handful from one barrel and rinse my hands in another, and that will keep two small goldfish busy for a week or more.

I also have 10 gallon fish tank inside under grow lights that has duckweed in it among other things; that's my winter reserve, since duckweed doesn't seem to come back in the spring after hard winter freezing in my garden, and roadside ponds that have it are rare to find.

posted 1 year ago
In all this time, I've seen no other sign of leeches. What I have found is a kind of snail with a pointy elongated shell the color of it's body. They're easy to mistake for small slugs. Our local slugs all live on land, so I assumed leeches. Barring further evidence, I'll no longer assume that.

William Egan
pollinator
Posts: 115
34
posted 1 year ago
Is it possible that your duckweed mat was so thick that the minnows jumped up through the mat and got stranded on top. That may be possible if the fish were small and the mat was very thick in places.I have seen ponds covered very thick with duckweed and the fish were thriving so I wouldn't think oxygen depletion would be a concern.
T Melville
pollinator
Posts: 303
Location: SW Missouri • zone 6 • ~1400' elevation
79
I like...

William Egan wrote:Is it possible that your duckweed mat was so thick that the minnows jumped up through the mat and got stranded on top. That may be possible if the fish were small and the mat was very thick in places.

Very possible. They were laying on top, so it was thick enough and they were small enough. Just never thought about them jumping.

Ellendra Nauriel
pollinator
Posts: 321
114
posted 1 year ago
I can't say for certain what happened with your minnows, but I have observed that in general, living systems don't like sudden, drastic changes. Even if the changes are good. As soon as I got to the part about you adding duckweed until there was a solid mat, I started to cringe. Personally, I'd suggest adding just a little bit at a time, so the system has time to adjust.

Assuming you encounter this situation again.
Lucas Green
Posts: 44
2
I like...

This I think is an interesting guess.

Assuming you having standing water that has a reasonable amount of nitrates it would not surprise me to see a plant pull all the oxygen out of water into its roots while it grew rapidly. The reason most plants roots rot is lack of o2 in waterlogged soil, and when you do aquaponics you add the air via air stone.