Bags and bags of seeds, how to get them out of their containing flowers without spending hours.

posted 1 year ago
I've planted loads of phacalia and now i got fifteen bags of seeds coming. Which i would like to re-use to grow a whole field of them close to the bees.
The seeds are in the flower heads, which i can just dump on the soil, but then they all pop up in one place, so i want to get them out! I want to distribute them by hand to get the most out of them. I've got the same problem for lupins, which is the container behind the bag in the photo. I've spend half an hour popping them open, which is not terrible, but it will be the coming year when i've planted all these seeds out and they will have seeds.
Since i got more and more plants that i want to keep the seeds of, to restore the soils and help bees and biodiversity and have locally adapted seeds, i am sure someone else has had the same problem. And come up with a clever solution which doesn't take too much time.
I am thinking of getting a washing machine set up next to the stream, and have the stream tumble the pods around slowly. Or is just drying in the sun and walking over them the way to go or put them in the cement mixer with gravel mixed in. I could come up with stuff, but somebody has better ideas and has tried stuff. I hope somebody wants to take the time and help me and give me some direction.
seeds.jpg 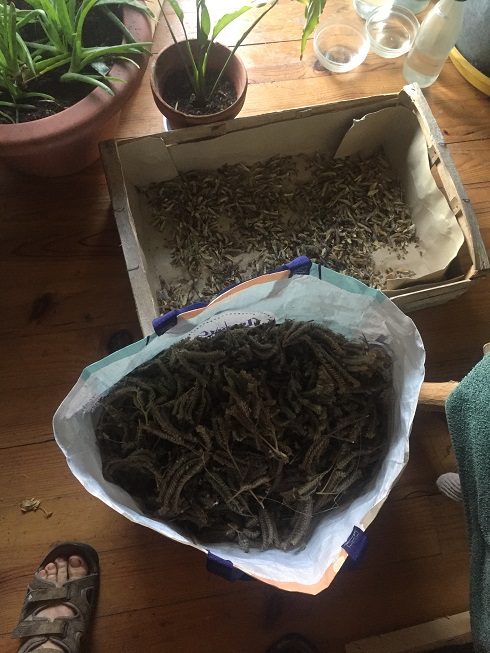 Posts: 5377
Location: Cache Valley, zone 4b, Irrigated, 9" rain in badlands.
2022
posted 1 year ago
If it were me... I would dump the 15 bags of dry phacelia pods onto a tarp. Then jump up and down on them. And hit them with a stick. And roll the tarp/seeds into a bundle like a burrito. And walk on it more, and beat it more. Then I would rake off the larger pieces. Then screen to separate the smaller seeds from the larger chaff. Then winnow to blow away the lighter chaff while retaining the heavier seeds. Elapsed time, around 15 minutes.

posted 1 year ago
Hilarious! Someone asked not long ago, how would you sow very fine seeds, you had the same answer, just throw it down and jump up and down on it,. Hahaha, no banging with a stick though. Thanks for the laugh and your sensible answer at the same time!

Well, technically, I prefer to use a piece of PVC pipe for beating. It's more flexible, and less jarring on my hands.

Joseph Lofthouse wrote:If it were me... I would dump the 15 bags of dry phacelia pods onto a tarp. Then jump up and down on them. And hit them with a stick. And roll the tarp/seeds into a bundle like a burrito. And walk on it more, and beat it more. Then I would rake off the larger pieces. Then screen to separate the smaller seeds from the larger chaff. Then winnow to blow away the lighter chaff while retaining the heavier seeds. Elapsed time, around 15 minutes.

I am assuming that the pods will be dry enough for that action to work. But if that is, indeed, the case, I would use a lawn roller on my tarp and seedpod burrito, or in absence of that, place the tarp burrito, maybe flattened a little already, on a driveway with a piece of 3/4" plywood atop it, or sheet metal, or damn near anything that won't dimple to accomodate the individual pods, and roll over it with a car or truck a bunch of times.

Then gather, screen, and return the pods that need more attention to the tarp.

posted 1 year ago
Two years ago I shelled my Lofthouse dry beans by hand and it took at least two movie nights to do it.  Last year I had more to do and I put them in a chicken feed sack and treaded on them (no jumping :(  )  and it worked great.  I'd imagine the same thing works for any bigger seed that's a bit loose in its pod.

To do broccoli seeds I've blended them in a blender (no water).  Seemed to work just fine.

Posts: 5377
Location: Cache Valley, zone 4b, Irrigated, 9" rain in badlands.
2022
posted 1 year ago
What's up with being so timid about threshing seeds? Actually, what I do might more accurately be called dancing on the seeds. They seem really strong to me. A good timid-threshing-shoe might be canvas gym shoes with a soft rubber sole. I thresh some seeds barefoot, but mostly I'm putting on shoes and gloves to avoid punctures.
dancing-with-seeds.jpg 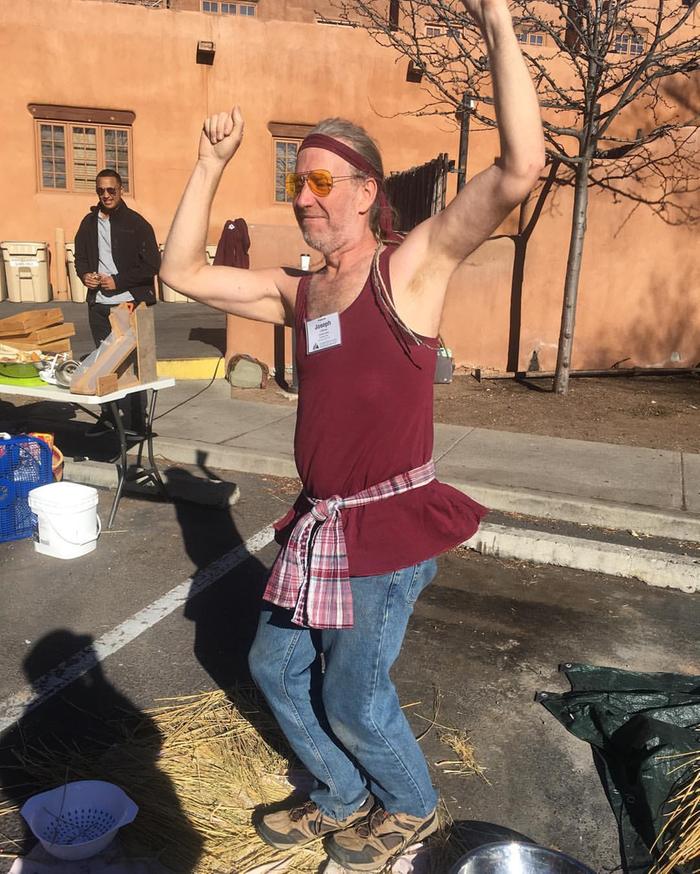