I've just recently gotten interested in growing mushrooms so  have started off with growing Blue pearl oysters and Grey oysters. My wife works at a coffee shop so we grow them on the used coffee grounds from her work mixed with a small amount of straw (pasturised with water and hydrated lime). Results so far have been pretty good, I appear to be getting good colonisation and we seems to get a reasonable amount of mushrooms from each batch we have.

So far thought the vast majority of the mushrooms that we are growing appear to feature very long stalks and pretty small caps, when i've looked at the varieties im growing i was under  the impression that the caps would have been bigger than we have been getting, the mushrooms still taste pretty good, however the stalks can be pretty woody where as the caps are much more tender. I'm wondering whether there is an issue with the growing conditions which is causing the longer stalks and small caps.

My thoughts are there are 4 things i could change, the humidity, temperature,light and/or air.

We have a tent set up with a humidifier which means we can keep our humidity in the high 90's most of the time, ( it will vary between 100% and high 80's as we have the humidifier on a timer). I also run some LED string lights in there for 12 hours a day. We have a bit less control on the temperature unfortunately, and typically the temperature will be just below 20C). With regards to ventilation, currently I have a fan on within the tent setup, but this doesn't give a change of air with the air outside.

I have attached some images to show the mushrooms if anyone has any thoughts that would be greatly appreciated. 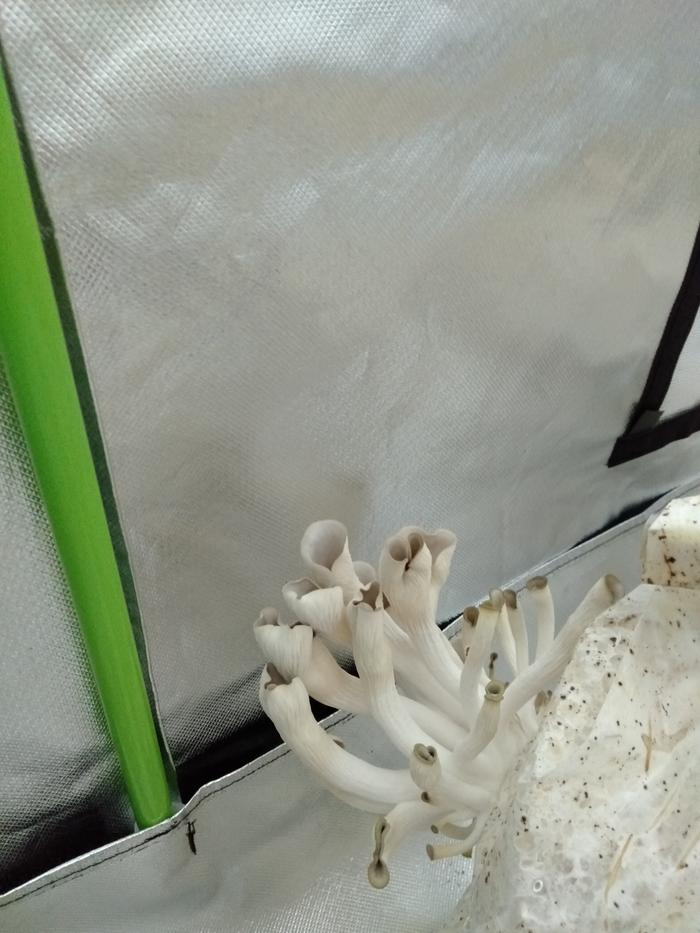 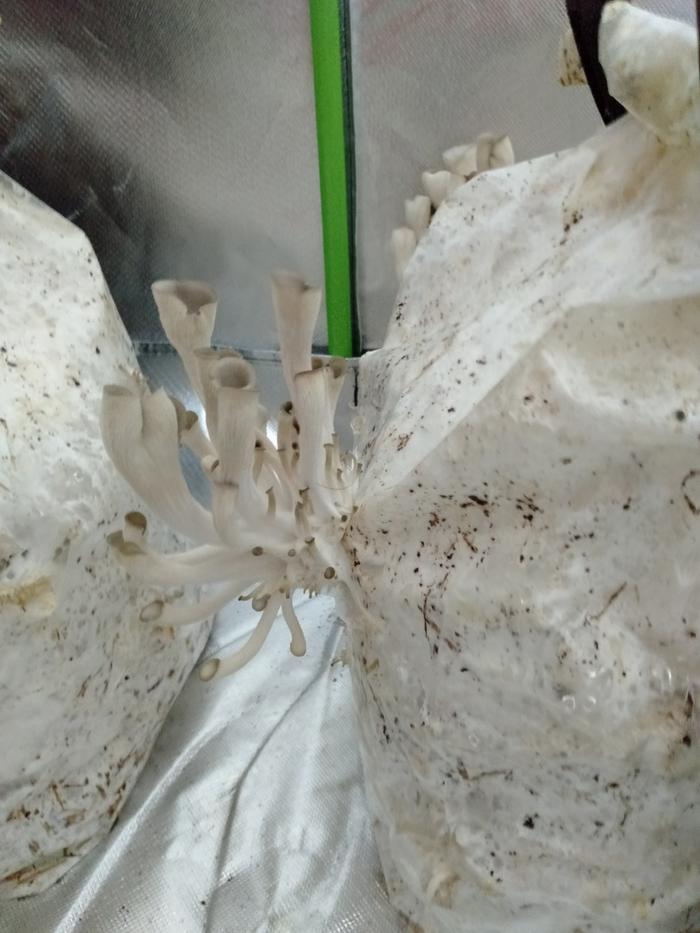 Bettina Bernard
Posts: 33
1
posted 1 year ago
you need much more fresh air exchange. easiest, cheapest setup is a small grow tent with humidifier at the top and a bathroom exhaust fan at the bottom, piping the high co2 air outside