posted 1 year ago
My Taro Arvi are growing very well, producing many leaves.  Does anyone here have any favorite Taro leaf recipes I can try?

Thanks for any suggestions! 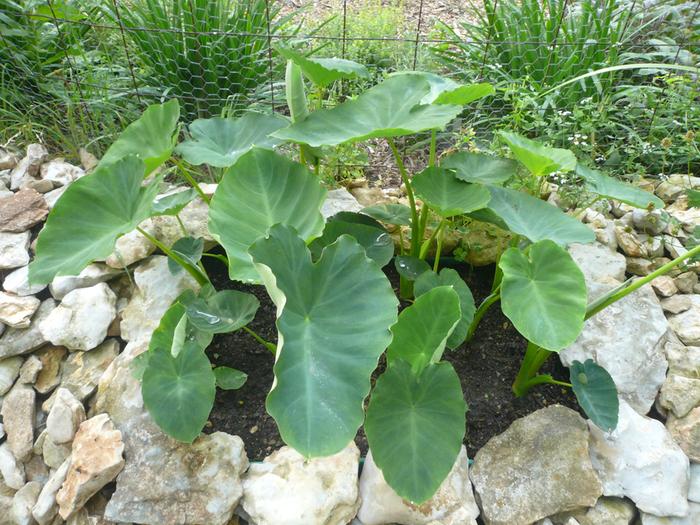 posted 1 year ago
I don't have a personal one but look for traditional Hawaii LauLau recipes.  In modern versions of Hawaiian recipes, spinach is used as a substitute.

posted 1 year ago
I do a lot with taioba (https://www.worldfarmers.org/crops/taioba/ ) which is similar and is a very large and insistent weed in my garden. Very spinach-like but also very high levels of oxalic acid, so can`t be eaten raw. I think the best thing I've done was an omelet layered with the leaves.

These leaves are also good for things like baking bread on top of (instead of using parchment paper) or using underneath steamed bread/buns so they don't stick to the steamer.
Tyler Ludens
pollinator
Posts: 11804
Location: Central Texas USA Latitude 30 Zone 8
1057
I like...

posted 1 year ago
I made a dish this week using our Taro leaves, and my husband pronounced it "really good."  Inspired by the Filipino dish Laing.

I didn't keep close track of quantities, but a traditional Laing recipe might help.

I peeled the shrimp and set them aside, putting the skins in a small saucepan, covering with water, and simmering to make shrimp broth.  In a larger saucepan I sauteed the onion in a little oil until tender, then added the garlic and ginger.  Once those began releasing their odors I added the Taro leaves to the pan and sauteed them until wilted, then added the shrimp, the shrimp broth, can of coconut cream, and pinch of red pepper flakes, brought it to a boil, then simmered on low for 1 hour, stirring frequently.  When done I let it cool and kept in the fridge a couple days because recipes said it would be better.  Served over rice.  My husband suggested adding soy sauce and that really brought it to life.

If I were to make this again I would use Coconut Milk instead of cream, as it was far too rich for my taste.