Connections Between Flavor and Health

posted 11 months ago
So, I wrote a paper for my Food and Culture class about this topic, but I still want to share my thoughts on this before the semester is over, because I think it's too interesting of a topic.

I wanted to look at the relationships between flavor and health. Once the semester is over, I'll share some of what I wrote, but for now, I'll just present a brief overview of the topic by presenting some of the sources I looked at.

Flavors We can Taste

The five basic tastes in most sciences are saltiness, sourness, sweetness, bitterness, and savoriness (umami).

Why We Taste Them

Accounting for taste is part of why humans are alive today. We ate foods based on what we tasted and had available. 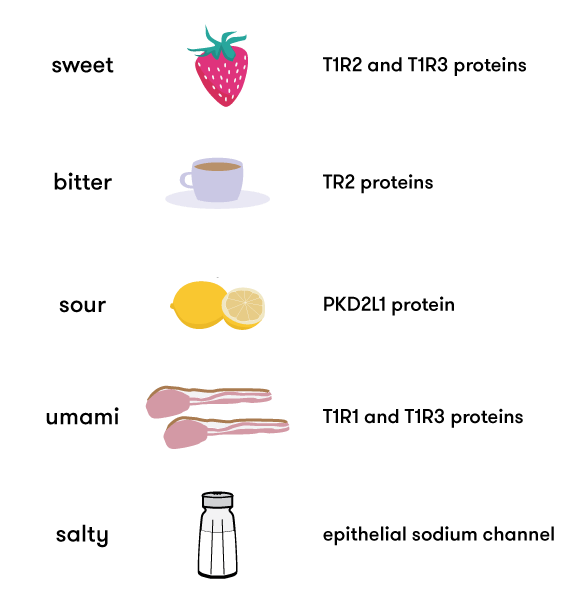 Wu Xing, or Five Elements, describe the five basic elements that make up the world. Those five elements are metal, water, wood, fire, and earth. 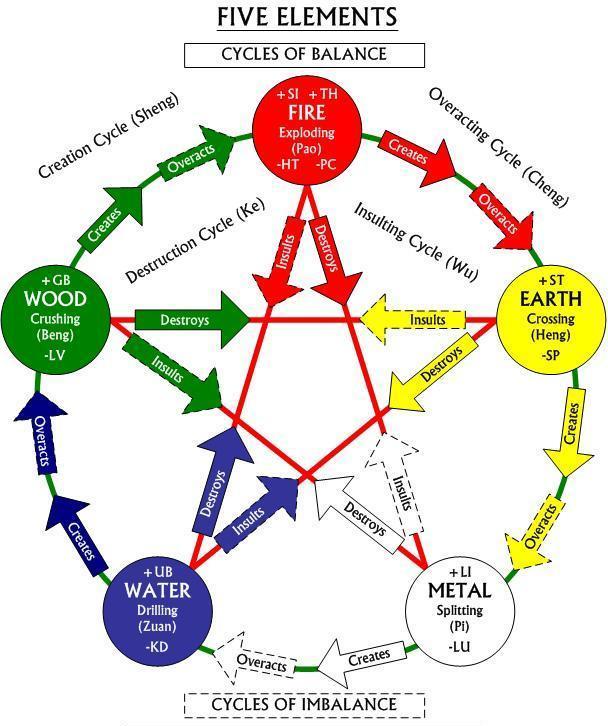 The five elements in Aruveda are earth, water, fire, wind, and ether.

In Ayurveda, the three doshas are Vata, Pitta, and Kapha. They can describe body types and personalities.

In Aryuveda, the 6 tastes are bitter, sweet, sour, salty, astringent, and pungent.

Relationship Between Flavors and Health in Aryuveda

For doshas and the six tastes, it is recommended for people to eat more or less of different tastes based on their dosha.

In the classical elements, Greece had fire, air, water, and earth.

In the Ancient Greece approach to holistic health, there were the four humors, which were connected to each element. 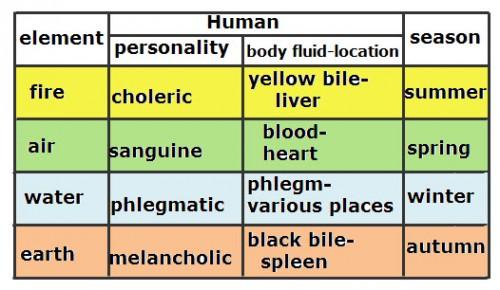 Flavors Connected to Humors by the Elements

The closest connection between flavor and health I could make was how different foods originated different elements, which is now allowing people to eat like an ancient greek philoshopher.

Topics That Didn't Make the Paper

Some topics I wanted to get into the paper but couldn't find a good enough reason to include were:

I had been wondering why some cultures have multiple sections or sequences in eating meals. In a full course meal explained, there can be anywhere from three to twelve courses in a meal, and each course has a specific function it is meant to fulfill.

posted 11 months ago
I'm reading a book by Fred Provenza called "Nourishment" that covers many of these topics: 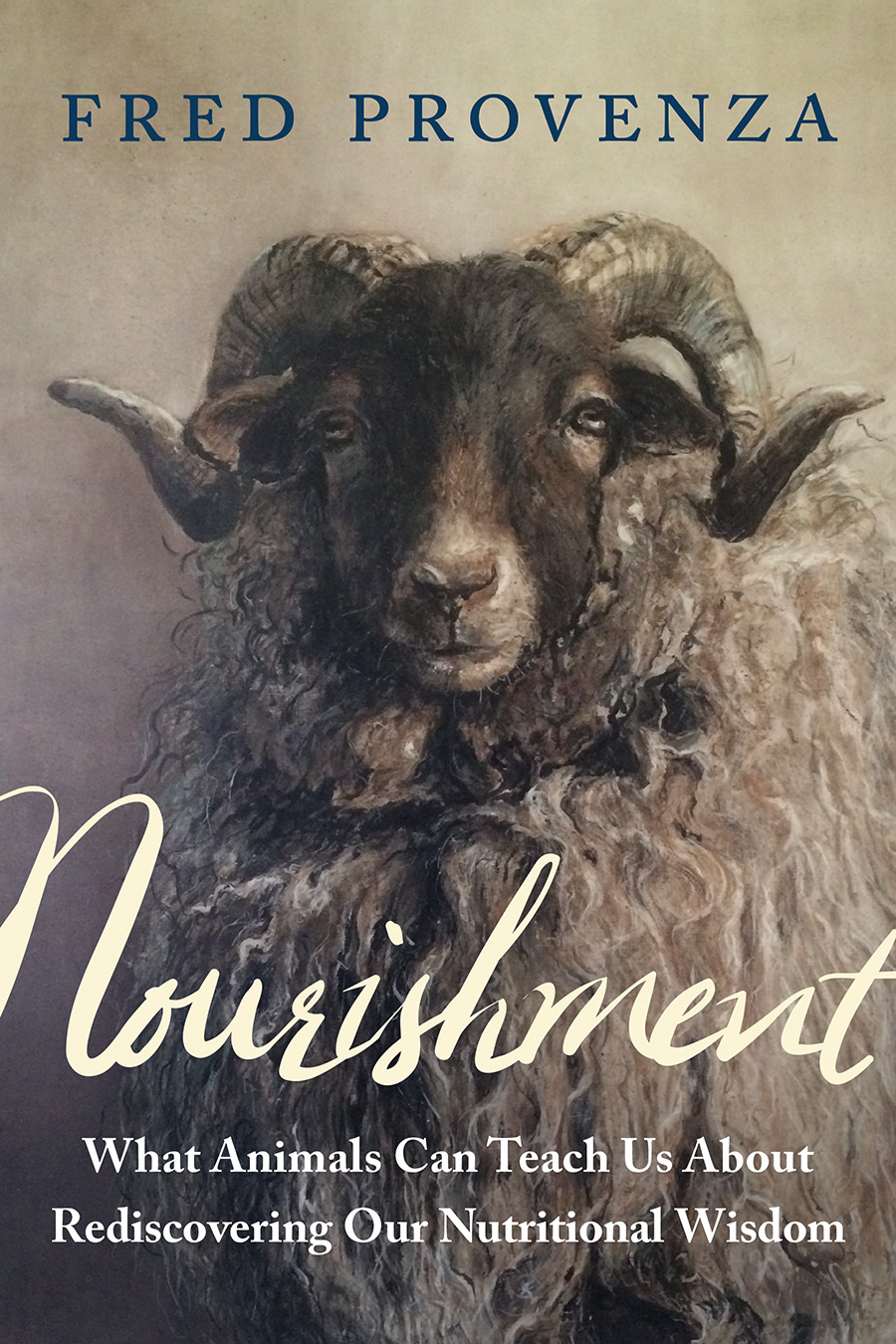 I highly recommend it.

julian Gerona
Posts: 280
Location: Philippines
posted 11 months ago
My knowledge about taste is entirely on my tongue and gut. Every time I am hungry I peek on the fridge or anywhere where there is food go around and feel each food on my gut. If nothing seems appealing I try to imagine foods how it feels on my gut not tongue. The thing with todays eating is that we, our brain are too pre occupied with too many things. We cannot even taste, savor the food while eating.
Too much knowledge is bad so I try to keep it simple. Example Sugar taste soooo good so it must be gooood for the health. Of course you want the unpoisoned version. I'm not affected by "sugar is bad" mantra because I get knowledge from my senses. I consume loads of natural sweets and I am very healthy.
Dale Hodgins
Posts: 9002
Location: Victoria British Columbia-Canada
666
posted 11 months ago
"Too much knowledge is bad." You probably would have liked my grandfather. I didn't. He knew that too much book learning would lead to a complete collapse of morality.

I'm glad millions of people have worked so hard to compile vast stores of knowledge.

I also let my taste buds do the heavy lifting. I've eaten  store bought strawberries and I've eaten the ones I grew myself. Mine were much much better.
julian Gerona
Posts: 280
Location: Philippines
posted 11 months ago

Dale Hodgins wrote:"Too much knowledge is bad." You probably would have liked my grandfather. I didn't. He knew that too much book learning would lead to a complete collapse of morality.

I'm glad millions of people have worked so hard to compile vast stores of knowledge.

I also let my taste buds do the heavy lifting. I've eaten  store bought strawberries and I've eaten the ones I grew myself. Mine were much much better.

Of course Dale. That was a bad English of mine and you are correct. Anyways what I wanted to, is to ask question regarding food taste preferences and health correlation. So maybe if enough people respond then we have a more or less establish study, all of us, right here.

What is your most desired taste and what is your health condition as compared to your age group?

Sweet and sour and sweet and creamy. I will rate my health at 9 (in scale of 10) when I am not working hard jobs and 10 when I am working 10 or more hours each day.
Dave Burton
steward

posted 11 months ago
Kind of going off what you're talking about Dale,I try to use my instincts and listen to my body on what to do by trying to have peace with my food and myself.

The Hunger Scaleseems to work pretty well for me to know how much to eat, and smelling foods before I eat them or nibbling a little bit to see if taste good to me at the moment seems to help me decide what to eat.

posted 11 months ago
In “Hungry Brain” the author connects our sense of taste with survival in our long evolutionary history as hunters & gatherers. But this same taste-based mechanism works against us when food is hyper-available and is one of the factors fueling obesity in “developed” countries. The author suggests moving toward blander food as part of a strategy to combat obesity. The book is fascinating and informed by many peer-reviewed studies.
Marco Banks
gardener

posted 11 months ago
Dan Barber goes into this topic in some depth in his book "The Third Plate".

He looks at nutrient density, which is difficult to measure without some serious scientific diagnostic equipment.  Not all carrots are equal.  An apple a day may or may not keep the doctor away—it just depends upon the apple and the amount of nutrition offered by that apple comparative to all the other apples that are being grown in all manner of ways.

Barber's simple (but not simplistic) thesis is that better tasting fruits and veggies are packed with far more nutrition than those that don't taste as good.  The easiest measure would be brix levels.  Just squeeze a drop of juice out of fruit or veggie and you'll be able to measure the sugar content.  Obviously, a sweeter orange or plum or whatever will taste better, or more accurately, capture the complexity of taste produced by those sugars and starches.  But not only do they taste better, but they're much better for you, and you're more likely to eat more of those better tasting veggies (and thus, less other stuff that isn't as good for you).

Now that organic produce is being grown on a mass scale, we are getting the phenomenon of "shallow organics".  Yes, those beets or kale or pears were grown "organically", but that's not to say that they were grown naturally with lots of compost, mulch, in a poly-culture with animal integration and fresh rain water.  Something grown on a commercial organic factory farm will not have the nutrient density of that same fruit or veggie that is thoughtfully grown by someone else.  Don't believe me?  Then trust your taste buds.  Simply take that pack of organic carrots from Whole Foods and compare then to carrots that you grow yourself in a bed that you've been amending for 3 years with homemade compost, cover-cropped in the off-season, planted in a multi-species cocktail of other plants, and lovingly fertilized with manure from your homegrown chickens.

Night and day.  You can't even begin to compare the taste.

And nutritionally, it'll be night and day.  That carrot (or beet, or artichoke, or cabbage or lemon or peach or whatever) will be much more healthy than what you'll buy that was commercially grown.  At least 90% of the time that will be the case.

The same goes for the lovely eggs that my happy chickens lay.  Nutritionally, they are so much better for you, and taste-wise, they are clearly superior to anything you'll ever buy at a store.  Why?  Because the girls are getting fresh bok choi and weeds and bugs and veggie scraps daily.  They are scratching in real dirt, looking for real worms, drinking real rainwater, parading about in the real sunlight, and living a wonderful life.