I bought a bunch of small solar garden lamps on a sale. The kind that have a long spike to push it into the ground.

I plan to use them as artificial tea-lights(candles). Got thing is that they have 100maH NiMH batteries. The batteries are changeable, so they can be upgrade and the things are solar rechargeable and somewhat waterproof. In my opinion, these have the potential to become really nice lamps.

Problem is: the LED is blueish cold white. I want nice warm white. So I could get LEDs from ebay and resolder them. But I am confused on what kind I need. What voltage and other specifications would I need?

Could you awesome experts provide some links on ebay that would help me go in the right direction?

thank you a lot! 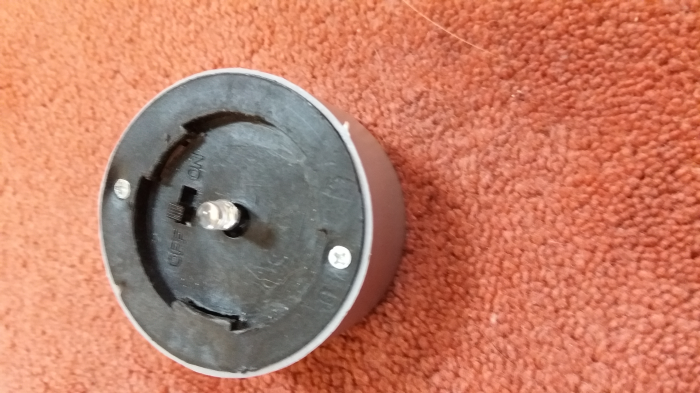 posted 2 years ago
Looks like a standard blue led. (almost all white leds are actually blue leds with a phoshphor coating to create the other colors). Which meany white led will work here.
However… not all leds are of equal quality (and efficiency). And as your power is very limited (tiny battery) it makes sense to sped a few more cents and buy an efficient led (maximum lumens/watt).
Leds.de has good quality, but is kinda expensive.
Tobias Ber
Posts: 525
Location: Northern Germany (Zone 8a)
25
posted 2 years ago
Hey Sebastian,
thank you.

Do you know, what kind of Volts and Watts I would need?

I know, I will need to test it until I find the right LED, with the right color and brightness. But it would be nace to have place to start.

Have an awesome time ... you have moved?
Tobias

posted 2 years ago
3V, 20mA is typical. The lamp will have a resistor inside to limit the current. As a 20mA LED is already bright enough in the dark, I don't think they have used a more powerful one. The 5mm package shown in the photo can't handle much more anyway.
The current running through the LED is defined by input (voltage - led forward voltage) / resistor. So as long as you use a similar color (thus forward voltage) the current will be about the same.

So your average warm white LED will work just fine.
https://www.leds.de/nichia-nsdl570gs-k1-5mm-led-23lm-2700k-15037.html while expensive for a single LED, this one should give you a really good result.

As I tried to explain already, LEDs are "defined" by their color and maximum current. Low power white LEDs should start lighting up at 3V (green at 2.4V, red at 1.8V… there are tables for that). The current is limited by the amount of heat the LED can give away at its maximum operating temperature. As most semiconductors, being cold greatly extends their lifetime. Less current works always. So you could use a 3W LED if you fancy, but it would not be any brighter.

I am in the truck towards Abkhazia right now…
K Eilander
pollinator
Posts: 154
Location: Rocky Mountains, USA
45
I like...

posted 2 years ago
This isn't about the LED thing.  That has already been well answered, I think.

I did want to chime in, that I recently discovered that the post of these lights slides almost perfectly into standard electrical conduit pipe.  If it suits your project, a trip to the hardware store could get you all kinds of interesting fittings to build with.

It seems to work, but I ll see when I ve got them soldered.

Using LEDs for projects is a nice thing. They could also be used in wood, if you drill holes. One might use these kind of solar lamps and solder a longer piece of cable between LED and the unit. Should be cheaper than buying the solar cell, charge controller, battery etc.
A cheap way to use LEDs in project is to get LED string lights from the dollar store and use them.

Have a nice an blessed easter!
Tobias

posted 1 year ago
If you want to build your own, I recommend trying this one first:

The cell phone battery has an integrated over- and under-voltage cutoff, avoiding a charge controller. A 5V - 6V solar module should work. (10 - 12 cells).
bernetta putnam
pollinator
Posts: 226
Location: nevada zone7
59
I like...

posted 1 year ago
i bought lights like that along with wire and a 6v lantern battery at a train hobby store. used it to light up a wood house me and my daughter built. worked great. might be an option for the other colored leds.

posted 1 year ago
This might help somebody looking for moody lighting with cheap and cheerful LEDs.

Being off-grid, I've a lot of old LEDs and some are horribly blue, so I painted them with nail varnish and as they don't give off a lot of heat, I thought, why not ?

The varnish has stayed on and makes the light much nicer. This one's 12 years old and still works just fine. 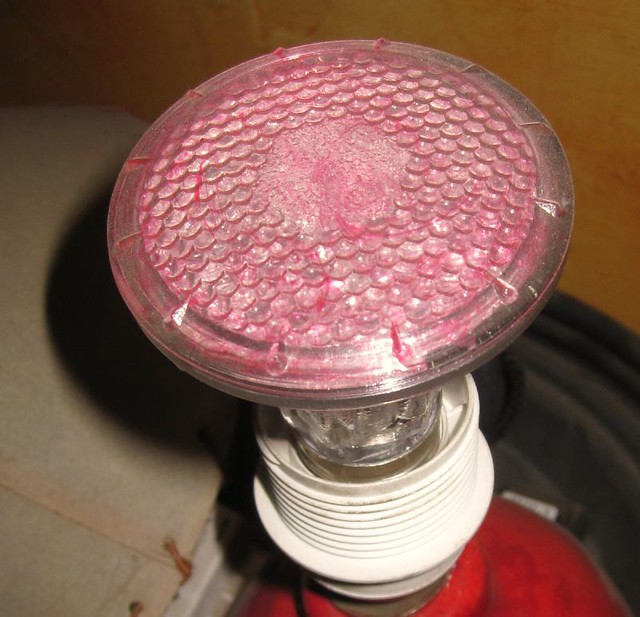