Posts: 2
posted 1 year ago
I haven't been able to find any clear imagery or diagrams detailing precisely how Oehler does his notching for the posts and girders in his PSP structures. I'd appreciate if anyone could point me in the right direction.
Miles Flansburg
pollinator
Posts: 4665
Location: Zones 2-4 Wyoming and 4-5 Colorado
465
I like...

posted 1 year ago
Howdy Proteus, welcome to permies!  Does it have to be Oehler's exact cuts ? There are a couple of threads about underground houses here on the forum that used a lot of Mikes ideas, maybe taking a look at them might show you what you are looking for?

Posts: 2
posted 1 year ago
Thanks for the welcome, Miles.
While the threads you linked to certainly contain a wealth of interesting information, I was unable to find what I was looking for (unless I somehow missed it).

I'm definitely not limited to Oehler's exact cuts, but it was his warning against improper notching that prompted me to ask this question. In his workshop videos, he explains a debilitating mistake he made, and how he corrected it, however, I am unable to ascertain exactly how his diagram would look on an actual log, and so I was hoping to gain some confirmation as to the proper method from those with experience before I attempt anything.

I'm including a picture from the DVD of his diagram that shows how he connects a post to a girder on the outer wall of his structure.
IMG_20190224_130113.jpg 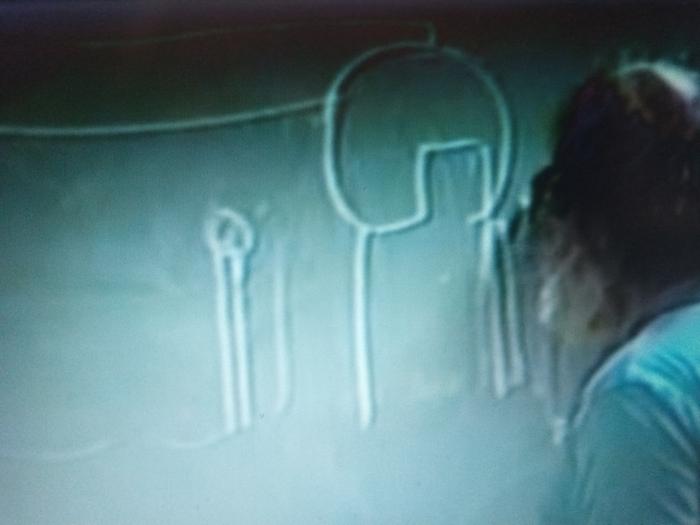 posted 1 year ago
Would jumbo mortise & tenons work for the kind of joinery you're looking for?

posted 1 year ago
I was actually thinking the same thing, James.

The other idea that occurred to me was, and forgive me, I forget the name of the technique, Japanese wood joinery. Working pieces that large, the intricacy is easier to manage.

posted 1 year ago
The "high point" of the post would be on the exterior side of the girder log, so as the wall below pushes in and tries to push that post in as well, it catches on the girder. You could cut a notch in the girder so they fit together tight, then drill down through the girder and into the post, and hammer a piece of rebar in  to prevent any shifting.

I'm not quite a lumberjack, but that's OK, I sleep all night and I dream all day; I'll coppice trees, I'll grow my food, and compost poo and pee! With a well and off-grid solar, it's a permies life for me! https://www.youtube.com/watch?v=FshU58nI0Ts

posted 1 year ago
How would you be able to make a mortise and tenon fit when the the inner post and girder meet at a slight angle. I have been thinking about this and all the mortise and tenon joinery examples are shown on perfect square post and beams
Mark Brunnr
gardener

posted 1 year ago
A video was recently posted of the work on the berm shed, where they made a simple jig using boards to set the proper angle between front and rear post, and I would expect you can do the same or snap a chalk line from one post to the next so you have the proper angle for the main cuts. You use that same angle to make a flat cut into the beam, and cut your mortise perpendicular to that so it lines up to the post tenon. The central posts you would center the tenons and the edge posts you would move the tenon towards the outer edge and make it thicker.

I'm not quite a lumberjack, but that's OK, I sleep all night and I dream all day; I'll coppice trees, I'll grow my food, and compost poo and pee! With a well and off-grid solar, it's a permies life for me! https://www.youtube.com/watch?v=FshU58nI0Ts

posted 1 year ago
Mark Brunnr - Thanks for your reply and explanation.I guess I understand the procedure but am not able to visualize the whole picture. I guess I should be able to figure it out as per your description when I will try a trial version just to see how to join them at angles. I guess the post will also first have to be mitre cut at that angle where it meets the beam so that it fits snug to the sloping beam, and then I would make the flat cut into the beam. Thanks for the berm link. I will be posting more questions once I start the trial and then the underground housing build later.
Tj Jefferson
pollinator
Posts: 1340
Location: Virginia USDA 7a/b
319
I like... 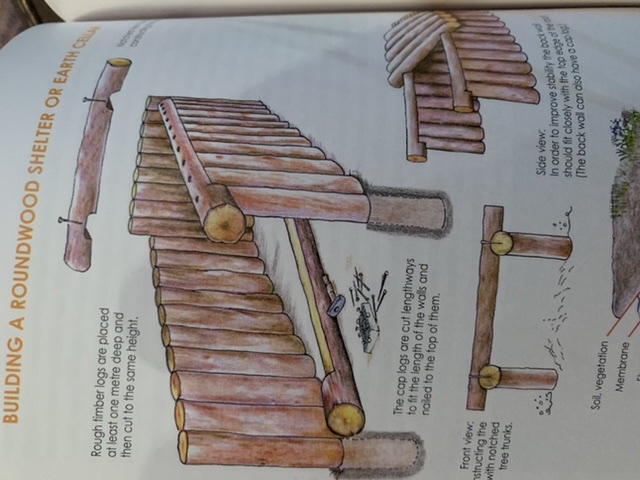 posted 1 year ago
I finally remembered to post the link showing the jig being used at Wheaton Labs:


This is showing how they marked/cut the appropriate angle, and how you can set up a static jig to cut the matching angle into the beam which will be put on the posts. Matching that angle and being able to accurately measure the distance of the cuts while the beam is on the ground is waaaay faster that how we started the berm shed, lifting the beam with the excavator and holding it up in place to mark it out, then lower it to cut, then lift again.

Mike Oehler videos on Youtube show a simple notch cut out of the beams so they would sit on the post where the top was cut at an angle, which the above jig would provide. The below Youtube video has lots of shots of both his original structures and the ridge house he was working on up till the end:

I couldn't find a shot with a quick skim of that video showing the notch you're after, but you might find one in there. All you're doing though, is facing the post from the front or back so that the side which will be pushing inwards is to your side, is cut a notch halfway into the post so that the side of the post that is facing that outer wall is like 5-6" taller than the other half of the post. The post would already be cut with an angle at the top, so the beam will sit flush. Now you have to also cut a matching notch out of the beam, so it will rest on both sides of the post evenly. The third piece needed will be a shoulder beam/girder that is perpendicular to the first beam, that spans from one side to the other so that opposite walls pushing in are feeding that force into this top shoulder beam which resists the pressure due to its compression strength. I've been learning how to use Blender for building a 3D model of a wofati, I have the posts and beams in place so if I remember I'll reply with a picture if this description doesn't make sense.

Edit: something that will likely help with that inward pressure when building a wofati that Mike's design lacked, is that waterproof, insulative umbrella layer that will keep water from building up right next to the walls. That hydrolic pressure is severe relative to dry soil after it's settled I think.

Oh yeah, here's a video of our initial rebuild of the berm shed too:


I'm not quite a lumberjack, but that's OK, I sleep all night and I dream all day; I'll coppice trees, I'll grow my food, and compost poo and pee! With a well and off-grid solar, it's a permies life for me! https://www.youtube.com/watch?v=FshU58nI0Ts

Joshua Plymouth
Posts: 11
1
posted 6 months ago
Sorry to revive this old thread, just wondering if anyone has had any luck with finding Oehler's exact imagery or diagrams detailing precisely how he notched his posts and girders in his PSP structures? And are there any such pieces of information of the other processes, such as how he wrapped the polyethylene around the posts and under the floor? And packed in the walls? I am finding it hard to see the specificities of his work. Though his books are useful, there is much as general ideas. I assume If i just used general ideas, or even incorporated other designs that aren't quite the same as his, I may have a few problems here and there.