Jim Fry
Posts: 307
Location: Stone Garden Farm Richfield Twp., Ohio
23
posted 1 year ago
Every year, February is celebrated as Black History Month. This year's theme is "Migrations ~from the South to the Industrialized North and Beyond.

The first of these "migrations" occurred in the years before the American Civil War. Negroes slaves escaped from captivity in the slave states of the south, and made their way north to the free states and on to Canada. They followed "established" routes called the Underground Railroad. It was a desperate trip full of danger and grief. If caught, escaping freedom seekers could have a foot cut off to prevent escape again, or could be killed on the spot as a lesson to other slaves thinking of running. ~And those helping them could be thrown in prison, beat or also killed if they interfered to help the escaped.

John Brown was the greatest of the American Abolitionists. He lived for a time in Richfield, Ohio, where he raised sheep and ran a tannery, and most importantly where he helped run the local Underground Railroad. A website about his time and accomplishments here, has been created. It makes an interesting read about this so important time in America when there was a great struggle to achieve freedom and liberty for all men & women. (Any comments on the site will be much appreciated. We always seek improvement. And "hits" on the website will help us spread the word about Equality and Freedom.)

P.S. John Brown could have been considered one of the great permaculturalists in the world in his time. He was considered the best judge of wool in the world. He understood and practiced breeding and interbreeding of horses, cattle and sheep, and produced some of the best award winning livestock in the world. He raised most all the food consumned by his wife and 20 children. And he understood the future better than anyone. 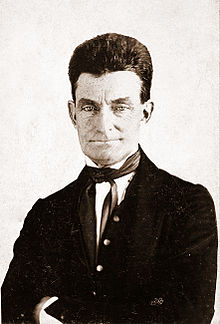